A Killzone 3 online demo was planned to launch today but was unfortunately delayed by just one day. To make it up to the fans of the upcoming PS3 exclusive shooter, Guerrilla Games will be hosting a giveaway for a Limited Helghast Edition of the game.

The Killzone 3 online demo will now be available at 1PM EST/10AM PST on Thursday, February 3. The demo was initially scheduled to run until February 14 so the end date has been pushed a day to February 15 as well.

Gamers in the online demo will have the chance to win a Limited Helghast Edition of Killzone 3 by playing the demo from Friday, February 4 through Sunday, February 6. Guerrilla games will randomly select 20 players each day to win a copy of the collector’s box. 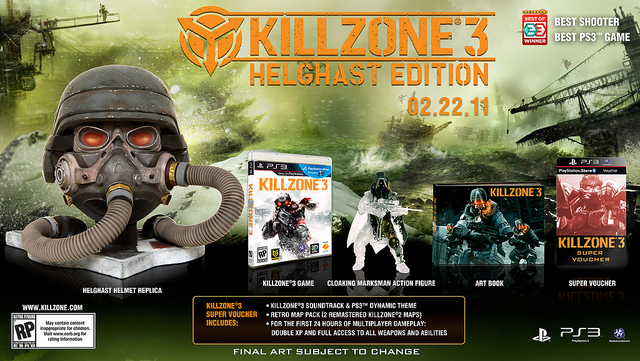 Killzone 3 is due to launch on February 22. For the complete rules and details of the sweepstakes, head over to the Playstation Blog.