Dragon Age 2 is shaping up to be an instant classic. With the demo hitting PSN February 22nd, my enthusiasm for the title is growing. Take a look below to see how far this game has come.

Jeff Rubenstein, over at the Official Blog, sat down with Bioware’s Lead Designer/Creative Director, Mike Laidlaw, and asked the questions you want answers to. A very lengthy interview inbound:

Jeff Rubenstein, PlayStation Blog: Dragon Age: Origins was the first PlayStation 3 game for Bioware, and it scored well. Mass Effect 2 just came out for PS3, scoring spectacularly. What have you learned about the system and how are you taking advantage of the power of PS3 for Dragon Age II?

Mike Laidlaw, Creative Director, Bioware: I think just comfort with the hardware is the biggie. Mass Effect is running on the Unreal Engine, so thereâ€™s a bigger pool to draw from there. Bringing [Dragon Age game engine] Eclipse over to PS3 the first time was what I would call a painful process. It was successful, but painful nonetheless.
–
So, what we did with Dragon Age II was design the art assets â€” which are always where you spend your money â€” from the ground up so they would work better on consoles. So the PS3 as a result, looks a lot better. The visual fidelity is higher, and yet, itâ€™s just playing nicer with the way the engine is trying to render it. So the end result is higher quality textures, crisper resolutions, and more guys on screen, without having to sacrifice anything simply because we built it smarter.

JR: Just watching the demo, you can clearly see a graphical fidelity difference between Dragon Age: Origins and Dragon Age II. Itâ€™s also different stylistically. How are you aiming to make Dragon Age II stand out in the high fantasy realm?

ML: Weâ€™re picking the overall aesthetic so it looks like part of a singular unit. The art directorâ€™s takeaway to peopleâ€™s reaction to Origins is that while it had moments of clear design, it didnâ€™t have that throughout the whole game. Our goal was to even it out and make it so that every moment in the game looks like every other moment in the game, stylistically speaking.
–
They said, â€œwhat if we could look at Pieter Bruegel â€¦ and mix that with Akira Kurasawa, who specifically designed things to be austere?â€ You have an army, but theyâ€™re obscured by mist with the one lone soldier against it. So memorable, and it immediately puts the focus where your eye should be. So we alchemically made that into our recipe.

JR: I hate to say this, but as big as I was on the concept and universe of Dragon Age: Origins, I had issues with the battle system. Iâ€™ve been playing console RPGs my entire life, and it just didnâ€™t click for me. How did you refine the battle systemâ€¦ and why?

ML: What Origins delivered at its peak was a sense of team working together, controlling four characters at once, progressing these characters, and building strategies. Where I think it fell down â€“ moreso for consoles than for PC â€“ was the sense of immediacy. On a console, when you have a controller in your hand, your brain enters a space where â€œI have a sword, I pressed X, aaaaaaaaandâ€¦ I swung it. OK, there, finally!â€ I think the lack of immediacy and the lack of responsiveness was kind of the disassociation that console players had. So we sat down and looked at the reviews from the consoles and wondered why they were lower than on PC. That was one of the key things we saw.
–
So what our goal then became was to make sure that the responsiveness that a console player would expect could be integrated into a game that still had the tactics and depth that a PC player would expect, because the last thing you wanna do is alienate a third of your market. So, we did extensive prototyping â€“ huge work â€“ and so the main changes are:
–
* Push to attack: press X and BAM, Iâ€™m right in there and start attacking.
* Closing moves: So if Iâ€™m 10 feet from a guy, I donâ€™t kind of awkwardly run up to him and then attack. I leap into him and attack as I do it.
* Every animation is being produced in a more stylish, more reactive, and I think a more satisfying way that telegraphs what Iâ€™m doing back to me very clearly. â€œI just swung that sword, and I hit three guys because itâ€™s a two-hander and I swung it in an arc.â€

JR: So, and this is kind of unfair of me to ask given the last question, what about those who loved Dragon Age: Origins? How will they be affected by the changes in Dragon Age II?

ML: The controls on the PS3 are identical to Origins controls, so if youâ€™re an Origins player, you know exactly how it is. You pull L2 and thereâ€™s the radial wheel, you can see everyoneâ€™s health, so you have the same level of interaction. Where I think there may a slight adjustment is the overall speed. If youâ€™re playing a rogue and you point at a guy and you press X, they leap in, itâ€™s like. â€œOh, jeez!â€ But thatâ€™s something that does not take long to overcome.
–
Weâ€™ve seen this with returning players who come in and maybe their first reaction is, â€œOh, I heard you made this an action game.â€ They play it for about two minutes and they say â€œOh, itâ€™s exactly like Origins.â€ You still have pause, you still have order issuing, you can now move between characters while youâ€™re paused cleaner than you could in Origins. You can issue all four orders, let the pause go, and away you go. You even have added tactical options like move-to-point, which you couldnâ€™t do in Origins.
–
So thereâ€™s a period of adjustment, but I believe itâ€™s very short.

JR: Letâ€™s talk about the demo. When it comes out (available on PSN March 22), what do you want people to notice first?

ML: The changes to combat, simply because itâ€™s front loaded in the demo. The way itâ€™s structured is at the beginning, you really arenâ€™t learning about your character, youâ€™re learning about what people *think* of your character. And your character is an Unstoppable Death Machine! Because, hey, itâ€™s kinda cool being an Unstoppable Death Machine â€“ for a while. But at the beginning, it lets you go, â€œWow, Iâ€™m a Rogue â€“ whoah, I just exploded that guyâ€™s head!â€ Which isâ€¦ good, because it lets you feel your character. You donâ€™t have to spend points on decks before you begin playing, it allows you to dive right in.
–
What the story does is, it introduces the concept of the framed narrative. Shows you that we have an unreliable narrator whoâ€™s almost lying on your behalf. Heâ€™s like a friend and an ally in the course of this interrogation. Then you experience the real story, and thatâ€™s where it begins to feel again right back like Dragon Age. Itâ€™s a heroic tale of survival. I think what the demo does is deliver a feel of a beginning, and a middle, so you kind of get a feel of how your character grows and progresses and interacts with the world, rather than a little fleeting glimpse. We really want players to understand the context of the whole demo.

JR: This is a question that anyone who makes a sequel gets asked, and Iâ€™m just falling into this cliche by asking it, but if you didnâ€™t finish the first Dragon Age, will you be all right?

ML: Youâ€™ll be all right. It takes place in the same world, which is really key. Mass Effect right now is about Shepard. Dragon Age in my mind â€“ and I think Dragon Age II makes this very clear â€“ itâ€™s about a time. Itâ€™s about a place, but itâ€™s not about a person.
–
If didnâ€™t play DA: Origins or maybe you couldnâ€™t play Origins, you can dive in, we catch you up on the story. You can still import a partial save â€“ letâ€™s say you got halfway through â€“ itâ€™ll still remember as the Warden you were a Dalish Elf, for instance. And it lets you dive in and understand the world from a new perspective. Even for those who never played Origins, weâ€™ve included some pre-built Origins that effectively bring in a saved game. So you still get that sense of bringing the world forward even if you didnâ€™t play Origins.

JR: But if you did, thereâ€™d be lots of nods to your playthrough?

ML: Oh yes, plenty. We have returning characters, we have political situations and other things that do matter, so if youâ€™re bringing your save in, thatâ€™s all captured.

JR: What addition or change to Dragon Age are you most excited by?

ML: This is kind of a personal thing. I come from a writing background. The way we tackled relationships with your followers is we got rid of the idea of approval and disapproval. Approval in Dragon Age: Origins was a â€œwinâ€ and disapproval was a â€œloss.â€ Weâ€™ve moved away from that and thought, â€œwhat if you could just be rivals?â€ So the characters wonâ€™t tell you to go to hell and walk off; instead, you agree to disagree. They still respect you; youâ€™re obviously doing something right because youâ€™re rising to power over this decade. But the two of you donâ€™t see eye to eye on something. And that opens up incredibly storytelling opportunities. You can have a romance thatâ€™s like this steamy, tumultuous affair that culminates in a kiss when the walls come down. Itâ€™s something we simply couldnâ€™t do in the old system. So adding in that little thing and being a rival? Thatâ€™s OK. The story will adjust accordingly, and your party and inter-companion relationships will be that much deeper. Coming from my writing background, that just makes my jello jiggle.

Wow, that’s a lot of info to take in. There is enough being changed here that I am excited to take another visit into the world of Dragon Age. Dragon Age II hits retail March 8th 2011. 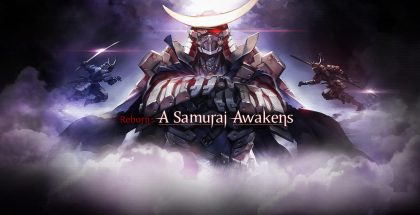