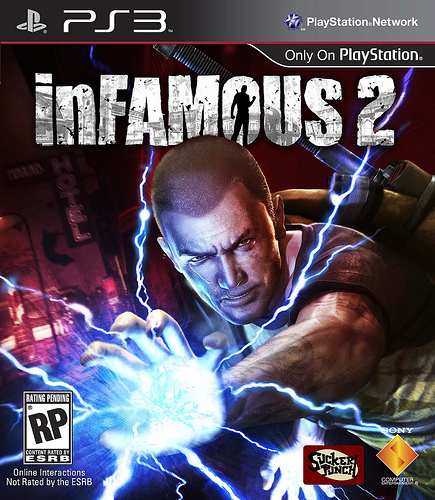 SCEA has revealed that Sucker Punch’s electrifying sequel, inFAMOUS 2, will hit North American shores on June 7th. They also confirmed that the leaked Hero Edition will be released along side the standard version of the game.

inFAMOUS 2 is available for pre-order now but you may have a tough time deciding where you want to order the game. That’s because starting today numerous retailers are giving away special pre-order incentives with your copy of i2.

Pre-ordering from Amazon.com will snag you a gold version of Coleâ€™s new weapon, the Gold Amp, ( or the tune fork as I like to call it ). Best Buy will be giving away Kessler Skin for Cole to wear.

With your GameStop pre-order you’ll be able to unlock the Lightning Hook, an electro-kinetic tether that lets you snare and pull enemies and objects towards Cole. Lastly Walmart pre-orders will unlock the electrocution grenade, a powerful grenade that ties enemies down with arcing electricity before exploding. 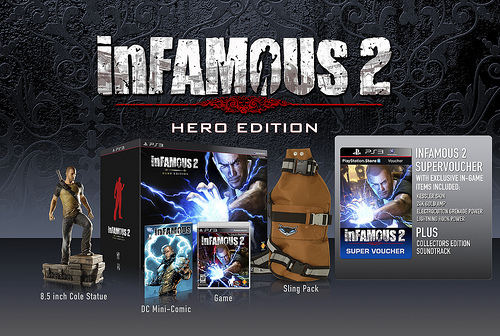 If you decide that you want all of the pre-order bonuses but don’t want to buy four copies of the game from the selected retailers, you can simple spend $99 on the Hero Edition which is loaded with all of the individual pre-order incentives and more.