Back in May 2009 PopCap Games released Plants vs. Zombies for the PC and Mac. At first I wasn’t sure what to expect, sure the name was catchy and the screenshots were interesting but you just never know what to expect from a game until you sit down and play it. Right from the beginning I was hooked. The game had a fantastic art style, great game mechanics and was extremely addictive. I think anyone will agree that with that kind of formula on your hands, youâ€™re going to have yourself one hell of a successful game, well that and the fact that everyone seems to love anything with Zombies. I still remember playing the game at work, even though I wasn’t supposed too. As soon as I told one of my coworker about it, it was all over. All we did was talk about the game, while we were supposed to be helping people with computer issues, we just kept shouting back and forth at each other that we just hit a new level or that we just got a new plant or object in our fight against the zany zombie horde. It got so bad that one of our coworkers just didnâ€™t want to listen to us anymore.

The goal of the game is quiet simple, stop the wave of Zombies from getting to the house that you are protecting, or itâ€™s all over for the inhabitant. To do this you get a massive arsenal of different plants, fungi, and seeds which give you offensive and defensive abilities to do everything possible to take on the brain loving zombies. The controls are extremely easy, you can use the D-pad to move one block at a time to plant everything thatâ€™s at your disposal with the X, or you can use the left analog stick too quickly hover over the grid and place your objects. I found that at first it was easier for me to use the D-pad but as I progressed further in the game I needed to move faster, and thatâ€™s where the left analog stick came in. The L1 and R1 buttons let you cycle through the different plants, shrooms, or anything else that you might have selected from the ever growing list of weapons right before each level. The circle lets you remove any of your objects that you might have placed on grid by mistake, and the square lets you butter up the zombies in co-op mode to slow them down. Overall the controls for this game are extremely simple, and give you the feeling as if you’ve been playing this game for years. It would have been interesting to see how the PS MOVE could have been incorporated into the game, but honestly I donâ€™t feel that the game is any less enjoyable and the fact that you can play the entire Adventure mode in co-op is a win. 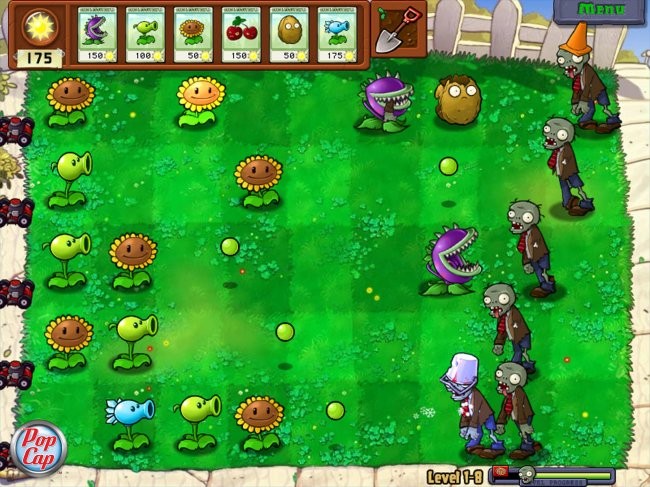 The game isnâ€™t the only thing that seems to have had a lot of thought put into it. The gameâ€™s menu is very artsy and humorous at the same time. Once the game loads to the menu you have several options to select from. You can play the game in Adventure mode alone or as I said earlier with a buddy, check the leaderboards, options, your game trophies and extra content which hopefully means DLC down the line. One thing that really stands out in the leaderboards section is the fact that as you progress through levels you start seeing a change in your house as well as the lawn if you received trophies. This is a nice way of bragging to your pals that have the game since you can view each otherâ€™s houses. There is nothing like adding insult to injury by saying â€œmy house is better than yoursâ€ for laughs. Now thatâ€™s not all, you also have the option to view â€œmore ways to playâ€ which brings you to a whole another screen giving you the option to play 20 rounds of puzzle mode, 20 rounds of the mini-games, 10 different ways to play survival mode, unlimited ways to play versus a buddy or 10 different ways to co-op. If you select â€œextrasâ€ from the main menu this takes you to a different screen where you can check all of the whacky mail that you have achieved while playing the Adventure mode, check out Crazy Daveâ€™s shop (this is your average crazy neighbor who has the hottest deals around) to help you on your quest to battle the baddies and an Almanac which lets you review the plants and zombies you have encountered to find out what their strengths and weaknesses are. Keep in mind that not all of these options will be available to you at the start of the game. 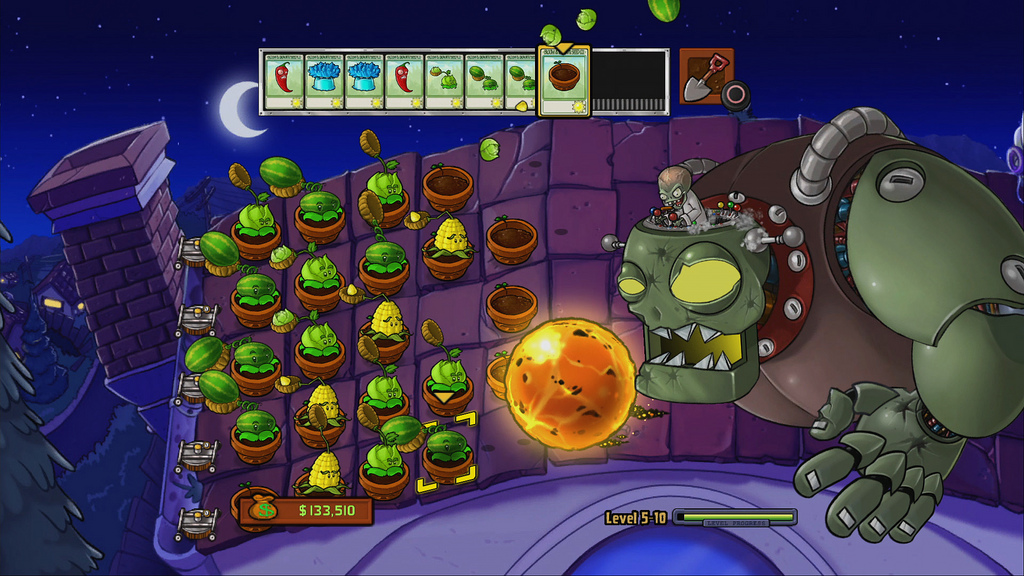 When the game was first announced that it was going to hit the PSN, I have to admit that I was a bit skeptical. The news that the game was coming to the PSN pretty much dropped out of no where. About two weeks later it hit the PSN and I couldn’t help but wonder what a bad port this was going to be. I have to say that after trying this game out, all my fears have been taken away. This game is by far one of the best PSN titles I have tried to date. The music in the game is a hoot, right from the menu you know that you’re in store for something a little crazy, something whacky, something that is going to bring a lot of humor. When the game begins the music changes tone, but still stays fresh and quirky as to not get to dark. Another thing that bothered me was the price, $15 for a game that seems to have hit every system known to man except the PS3? Well I can assure you that, I for one would be willing to open up my wallet if there were more games like this one out there. With 50 levels which span across several different locations, such as your front lawn, your backyard pool side, and even the roof tops you’re sure to get your money’s worth. Honestly you feel like the game is going to go on forever as each level throws some kind of a different element your way. As if battling zombies during the day wasn’t bad enough, they come at you during the night, and well if that wasn’t bad enough then they come at you at night while your sight is limited due to fog. This game seriously has it all, crazy levels, all kind of crazy zombies, five different modes, co-op/vs play, 21 mini-games, an interactive leaderboard , and 12 different trophies this title is a no brainer. If this game were a stock I would give it a STRONG BUY!

This review is based on a retail copy of the PS3 version of Plants vs. Zombies provided by PopCap Games. 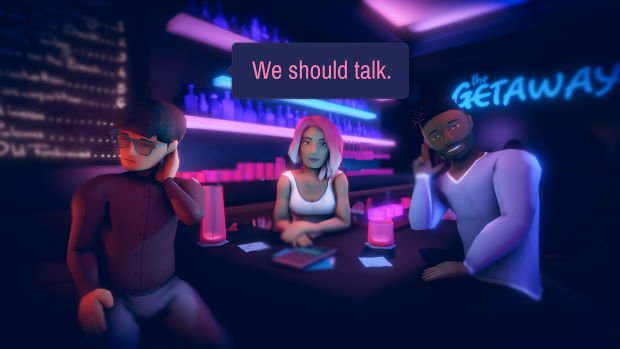