When I buy a first person shooter I know exactly what Iâ€™m getting into gameplay wise. For me the reason I play them is primarily for the story, which to be honest isnâ€™t a major part of most FPS games nowadays. Theyâ€™ve mostly done away with the story and focused on pure multiplayer elements. Now Iâ€™m not saying this is the case with every FPS there is, there are still those that have a good story line, but letâ€™s be honest most of the stories are sub-par compared to other genres.

Your idea of a good story and mine could vary by a lot, so Iâ€™m not going to list off games that I like and think stand out above the rest. The only reason I bring up the lack of story is because that wasnâ€™t what drew my attention to Bulletstorm in the first place, it was the gameplay.

The idea of having a real time indicator of the carnage that Iâ€™d be unleashing intrigued me. So at midnight on February 21st, I went to GameStop and picked up both Bulletstorm and Killzone 3, then quickly rushed home, popped in Bulletstorm, loaded it up, and began.

The story to the game is fairly generic: a band of mercenaries is out for revenge to kill their former commander, who was using them to kill innocent people by lying about who they were and what they â€œhave doneâ€ to deserve a quick death. The main function of any story is to propel the game further so youâ€™re constantly moving to the next objective.

You play through the game as Grayson Hunt, formerly of the secret military group called Dead Echo. Youâ€™re accompanied through most of the game with a colleague of his named Ishi, who after an accident has robot parts used to keep him alive, so now heâ€™s basically a cyborg who is always struggling with the AI computer that was fused to his brain. Youâ€™ll hear a lot of foul mouthed dialogue between these two, which Iâ€™ve read in most other reviews that it â€œgets tiring quickly and undermines any attempt at serious storytellingâ€ which may be the case for some, but not me.

I love the dialogue! Itâ€™s over the top and out of control. Itâ€™s not that itâ€™s targeting some hidden, adolescent part of me that prays for chances for crude and rude humor, no; itâ€™s because of who the voice actors are. Voicing Hunt is Steve Blum, who, in my opinion, is the most recognizable voice actor there is (apart from Nolan North now) due to his legendary role as Spike Spiegel in Cowboy Bebop. Though heâ€™s no stranger to video games, heâ€™s done the voices for characters like Ares from God of War, Gene from Metal Gear Solid: Portable Ops, as well as Ramon Galvez Mena in MGS: Peace Walker. Then, there is Jennifer Hale (who does the voice for Trishka Novak, a character you meet up with later in the game, who, like Hunt, has her fair share of raunchy dialogue). Sheâ€™s done voices for a lot of games as well, but you might recognize her best as Naomi Hunter from Metal Gear series. 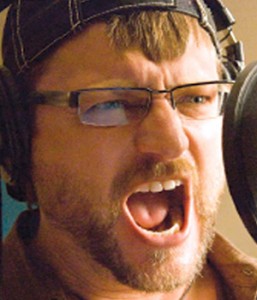 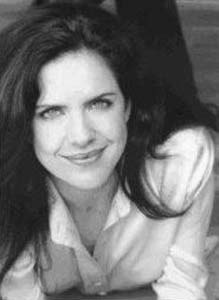 Hearing these familiar voices curse left and right is amusing, especially since Iâ€™ve been so used to them being these other, more reserved characters. The best example I can give is when I watched Gran Torino in theaters, and hearing Clint Eastwood use those racial slurs left and right made me laugh so hard. They were slurs Iâ€™d never heard of, since I didnâ€™t grow up around people who used them, so having him drop one every second was wildly amusing. To think people actually talked (and still do) like that just seemed so absurd, and I couldnâ€™t help but laugh. Just don’t let the writing put you off; it’s all in good fun.

In the beginning, you donâ€™t get access to the oh-so-fun-to-use energy leash right off the bat. You have to wait for the story to advance far enough before you finally stumble upon one of these toys of mayhem. Once you do, you then get access to the highlight of this game: skillshots. With this toy, you get to grab foes from their hiding place and yank them back to you. This move causes them to slow down and hover in the air, as if youâ€™ve caused them to drop into a slow motion animation. The few seconds theyâ€™re crippled allows you to kick them into surrounding environmental hazards, such as explosive barrels, cacti, electrical fields, or even off the edge of a cliff. You can even do a power slide into enemies which causes them to go into the same suspended animation. 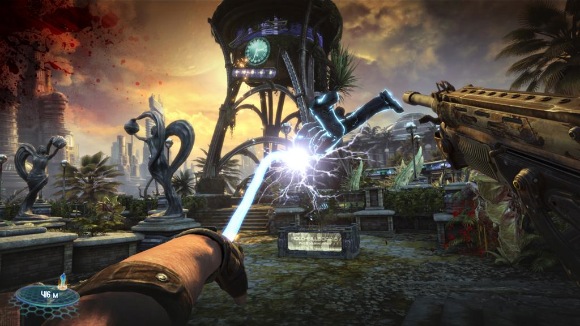 The â€œkill with skillâ€ tag thatâ€™s used is there for a reason,; the more skillful you take someone down, the more points you get. You use these points to unlock weapons, so youâ€™re allowed to buy upgrades, ammo, and â€œCharge Shots,â€ which are an alternative fire. There are different skillshots you can perform depending on which weapon you currently have equipped, and each one has its own name to go along with it, such as â€œGang Bang,â€ which involves using the Flailgun, which shoots two grenades linked by a chain causing them to wrap around an enemy, then you wait for his buddies to run by and BAM! You blow those bad boys sky high.

What I love most about these skillshots is that what you do is directly displayed on the screen. So itâ€™s no long the hidden trophy that most games have, where you try to pull off a difficult shot and then wait for that trophy sound to go off along with the window in the top right of the screen. With the text popping up showing you constantly what youâ€™ve done and the points you get for pulling it off, you get a greater sense of reward.

This feedback system is what moves the game along. Each new weapon, as Iâ€™ve said, gives you more and more skillshots to perform, each unique to the gun. My favorite weapon by far is the sniper rifle, which, when zoomed in, pops up little diamond targets over each enemy, you then line up your shot and the target goes red, once fired you follow the bullet along until the last few yards when you drop into a bullet time effect (did I mention you control the bullet?! Inorite?), you get to guide it to any part of the guy youâ€™re taking out. The â€œCharge Shotâ€ for the sniper rifle allows you to shoot an explosive round, sounds awesome right? It gets better. You might be saying â€œHow can that be?â€ because, not only do you get to control the bullet along with when it explodes, but hitting an enemy doesnâ€™t detonate the round. You can move the poor guysâ€™ body towards other enemies and then detonate it. The camera goes into a fixed state and you only have so long before the round finally goes off on its own, since youâ€™re open to attack still. Though, itâ€™s thoroughly enjoying to take out a whole group with one guided bomb. 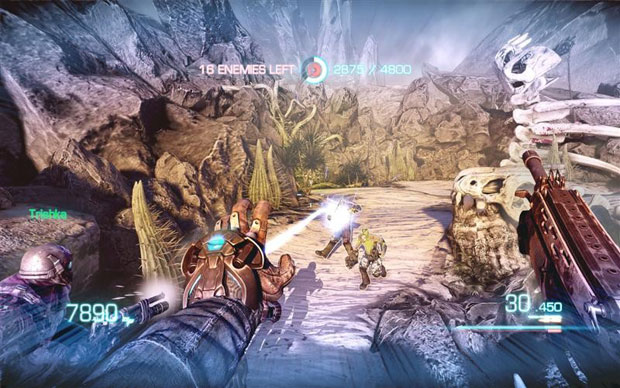 The multiplayer component of Bulletstorm is setup for co-op play in the form of a mode called Anarchy, which pits you and up to three others against waves of enemies. You work together to pull off team skillshots, and you have to have decent coordination to get the most points possible since thatâ€™s how each round is completed. Between rounds, you use the points youâ€™ve earned to unlock new weapons and upgrade your stats, such as defense or speed. The only downside to this mode is playing with people you donâ€™t know, and having them try to pull off a team skillshot can be frustrating, and I didnâ€™t play it much with friends, so I havenâ€™t spent too much time playing Anarchy.

Multiplayer can be a bit laggy, which, of course, ruins the fun of it. There is a mode called Echoes, which lets you play through segments of the single player campaign with a goal of not only completing them with a lot of points, but with speed. Your score at the end of an Echo round is placed onto the leaderboards, so you can compare to your friends and others.

Bulletstorm has some great visuals to boot; the venues have a lot of color and make the short breathers between fights seem like youâ€™re sightseeing. The soundtrack to the game is adequate, though it feels like there could have been a little more to it, if they werenâ€™t as focused on the visuals and gameplay. Though, really, youâ€™ll be too focused on killing in new and creative ways to really care about the music.

The game moves along quickly enough; broken down into several Acts, each with their own chapters. It took me about 8-9 hours to beat the game, though I played on Hard (Iâ€™ve recently decided to play all games on hard for now on, Iâ€™m really not sure why I always left them on normal for my first play through) so it might go a little quickly on easier modes.

There was one issue I took note of, and that was a glitch that caused the game to forget that I had purchased the â€˜Charge Shotâ€™ function for a gun, and required me to repurchase it with my skill points. This wasnâ€™t a huge issue, and it didnâ€™t happen that often, though it was rather frustrating. I noticed it after Iâ€™d die and it would load back up, and Iâ€™d try to go to the little store pods to choose different weapons (since you can only carry up to three, and one HAS to be the assault rifle you start with). Another glitch I noticed was if I tried to change weapons in the last seconds when I die, once it reloaded, I would have my machine gun taking up my left weapon slot, with no ammunition in either slot. That was probably the most annoying, since it left me with one gun (though you can survive pretty well using the environmental traps to kick your enemies into). Iâ€™m sure these small blemishes wonâ€™t affect everyone, since Iâ€™ve known people to complain about a glitch in other games that Iâ€™ve never experienced, even on multiple play-throughs.

All in all, Bulletstorm is very enjoyable. The story is predictable, and you even know what is going to happen after the credits roll. Itâ€™s the gameplay that stands out the most; the constant skillpoints being earned, and using the leash to pull enemies close to kick them into a man-eating plant never gets old. It really is a shame they couldnâ€™t have worked out some sort of competitive multiplayer.

This review is based on a retail copy of the PS3 version of Bulletstorm provided by Epic Games.