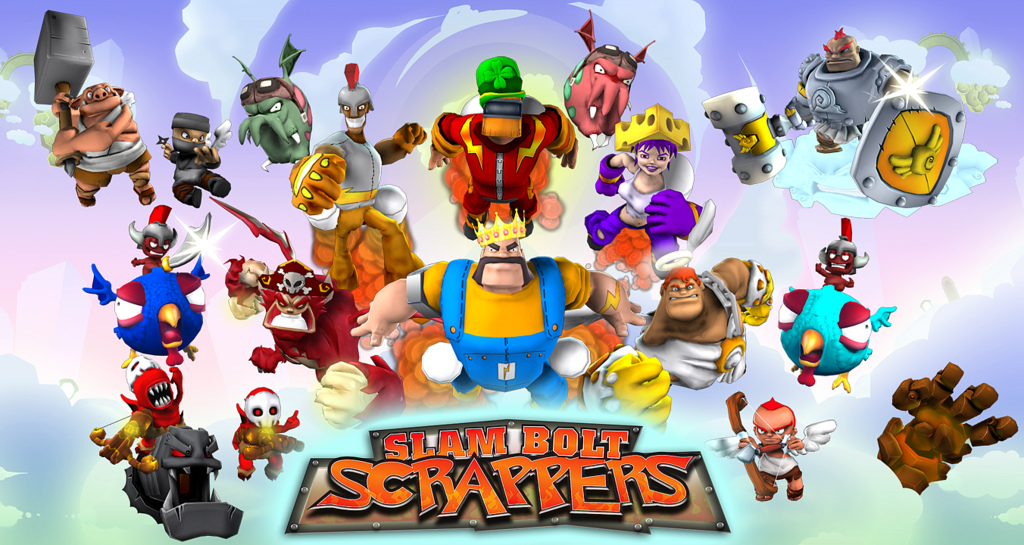 Back in September I posted an article about the game being in the works. Today Fire Hose Games announced that the game is going to be hitting the PSN on the 15 of March which really isn’t that far away. So what’s this game all about? Well I think I will let Eitan Glinert the Creative Director explain:

Players control flying heroes that beat up baddies to get colored building blocks. Stacking these blocks into squares of the same color builds weapons. Most battles give players a specific tower that they need to build on â€“ the weapons built on this tower will automatically attack a tower controlled by their opponent. The goal is simple: use your weapons to destroy your opponentâ€™s tower to win. Players can play with up to 4 towers, and the game is 4 player, so there are plenty of different battles to be had: multiple players can work together to build one tower, battling it out against friends or computer opponents, a single player can control multiple towers, or each player can man their own tower in free for all mode.

For those of you looking for something a little different will be pleased to know there is a Skyscraper level. This is a vertical sidescroller which lets you build from the ground up, placing weapons in strategic places while kicking some baddies asses. Once you complete all of that and reach the top a boss soars down to have a go at it.

To see a walkthrough video of the game, that Alec of Fire Hose Games created for our sweet sweet viewing pleasure hit the jump: