The Socom 4 Beta Will Be Available in Four Phases 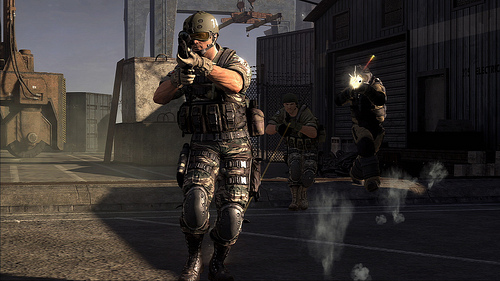 The SOCOM 4 Multiplayer Beta will roll out in four separate phases. Itâ€™ll begin with a small, private group and then expand weekly from there until itâ€™s freely available to everyone! Hereâ€™s the schedule for each of the betaâ€™s rollout phases:

* On March 15th, a private beta goes live. Weâ€™ll be contacting eligible players soon.
* Beginning March 22nd, PlayStation Plus members will gain access to the beta.
* On March 29th, anyone with a beta code included with Killzone 3 gains entry.
* Starting April 5th, the beta will be freely downloadable to anyone via PlayStation Network.

The beta is scheduled to run until April 13th, at which point the servers will be taken down in preparation of SOCOM 4â€²s retail release on April 19th!