Subway At It Again!

Remember the giveaway that took place several months ago where you could win GT5, LittleBigPlanet2, and a bunch of PS3 MOVE stuff before you could even buy it? Well it seems like Subway is at it again. Read on for further details.

Gamers: We have 2 awesome #FreshFrenzy giveaways in the next few weeks. 200 copies each of Move Heroes & inFAMOUS 2 before they hit stores! 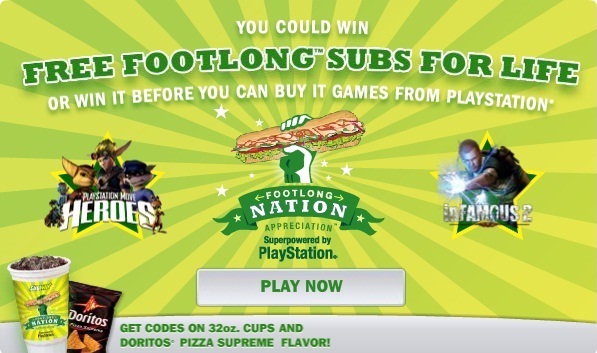