Another NGP News Round Up 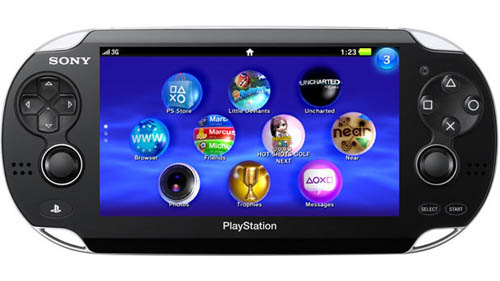 Its that time again for the nearly weekly rendition of the NGP news round up. Its really difficult to keep up with all of the new info on this hot piece of hardware so hopefully posting different pieces of news all at the same time will help us all to take it all in.

According to MCVUK, they claim they have an insider that is stating Sony has set a European release deadline of 11/11/11. That is very specific for a simple rumor if you ask me.

According to SCEA’s Jack Tretton, he stated that Sony’s desire might be for a worldwide simultaneous launch, but a more realistic goal would be to at least get out in one territory by the end of holiday 2011.

That’s a terribly busy time of the year for such a hardware launch with Uncharted and Elder
Scrolls 5 coming out all within that week.

How powerful exactly is the NGP? We have heard several different claims so far from many sources ranging from “as powerful as the PS3” to “twice the power of the PSP.” Well Epic’s Mark Rein decided to speak out on this topic specifically. He stated that the NGP is 4 times more powerful then any other handheld on the market that is currently running the unreal engine Including the iPad, however excluding the iPad2.

For those of you who haven’t seen the Unreal Engine running on the NGP with AA and post processing…here you go!

Price has been a big topic of this product since its announcement and for a good reason when thinking of the PS3’s $600 price tag.

Subject of many debates, we have people guessing from $250-$499 for the NGP both without and with 3G services. Here is what Jim Ryan, European VP for SCE, had to say.

Jim Ryan, the European VP for Sony Computer Entertainment, has told reporters that the new NGP device will be very affordable. When asked to clarify his statement, the executive revealed that Sony had plans to keep the price low so they could sell their product to a larger audience. With a lower price, the sales are likely to dramatically increase.

Shuhei Yoshida, President of SCE, made a similar claim as well as touching on some other software uses for the NGP.

Shuhei Yoshida, the Sony Computer Entertainment President, has echoed a similar sentiment about the NGP yesterday. He said that the successor for the PSP would cater to all kinds of gamers and provide a variety of applications and software choices. Instead of just gaming, users will have all kinds of online interactive features to use. It is certain that the NGP is going to offer an unparalleled gaming experience.

[tab:NGP Going Back to the Basics]

Shuhei Yoshida has been discussing his feelings of the NGP and the developer input that Sony is receiving lately and how it reminds him of how the NGP resembles the PSOne days.

“The NGP development team visited many developers and publishers globally with an early prototype of the hardware to get direct feedback,” he told the official UK PlayStation Blog.

“I also personally joined some of the meetings to discuss various aspects of NGP and the options we were looking at,” he said. “The input of other developers outside of [SCE World Wide Studios] has been essential for us to make final decisions on NGP.”

“As a result of this, we went through many iterations of NGP,” Yoshida continued. “It reminded me of the early days of the original PlayStation, when we visited many developers and publishers to get feedback during the development of that product.”

“It’s almost as if SCE has gone back to basics, which should be a good thing,” he added.

Just a few small pieces of info that didn’t need its own tab. Enjoy. 🙂

–Acquire, developers who made Tenchu seem to have two games in development for the NGP. An action game and a stealth-action.

-NGP up close and personal in HD! 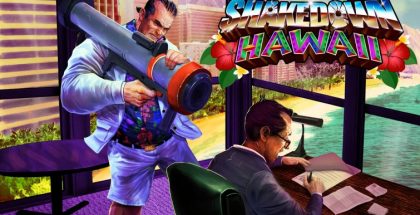