I’m going to start grabbing what deals I can here and there and begin adding it to the “New to PS3” post for you guys. Portal 2 killer deal at the end. 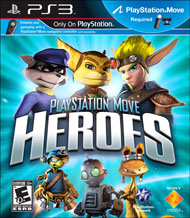 Together for the first time, six of Sony’s biggest heroes team up to defeat a mysterious duo in an all new intergalactic adventure. PlayStationÂ®Move Heroes brings three iconic franchises together for the first time in an out of this world intergalactic adventure. Players will test their skills in a host of new and exciting challenges against fiendishly mysterious new adversaries! Explore familiar landscapes from the smash hit franchises Ratchet and Clank, Jak and Daxter, and Sly Cooper ripped apart and rebuilt for PlayStation Move Motion Controller mayhem. Take a hold of a whole new arsenal of super powered weapons as you Smash, Hurl, and Shoot your way to freedom!

* Get ready for a PlayStationÂ®Move motion controller adventure like no other. Six legendary heroes join forces to defeat galactic predators so fiendish that it will take all of their combined cunning and skill to vanquish them.
* Mix and match your favorite characters including Ratchet, Clank, Jak, Daxter, Sly, and Bentley to create your own super squad of PlayStation heroes. After an evil force has stolen entire chunks of the hero’s home worlds and enslaved a race of peaceful space creatures, the heroes find themselves locked in a struggle for their survival.
* Take a hold of a whole new arsenal of super powered weapons as you Smash, Hurl, and Shoot your way to freedom!
* Team together with a friend in 2 player co-op mode as you work together to defeat these new villainous foes. 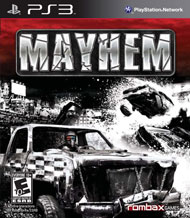 Mayhem 3D by Zoo Games $39.99 What is this? Havent heard anything.
Product Details:

Mayhem is a fast paced arcade racing and car destruction game. The inspiration for the game comes from two distinct types oof events: Demolition Derby and Banger Racing. A demolition derby is more of an AMerican pastime, primarily at state fairs and the like. Participants take an old beat down car, stip it of all the glass and other “dangerous” elements, spray paint the car and decorate it to their liking, then beat it to death at the main event. The last vehicle standing is the victor. A Banger Race is more practiced in the UK. Races take place on small courses with pits and hills, and drivers are encourgaed to send their opponents off course. Courses can have hazards and obstacles, and the “figure 8” shaped course is the staple of the race… No matter wheather it’s Banger races or demolition debys, the fact is that everyone loves to see the everyman take it to the mat and come out a victor, and thats what Mayhem is all about. 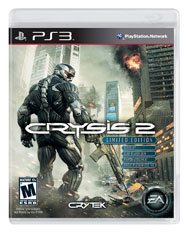 * Bonus XP – Players will jump into multiplayer battles with an edge by starting with enough experience points to gain early access to all 5 preset class load-outs.
* SCAR Hologram Decoy – This special attachment to the SCAR will project a hologram image of the player, allowing them to confuse their opponents with the decoy.
* SCAR Weapon Skin – This digital camouflage skin will allow players to add a personalized touch to one of the more popular assault rifles in the game.
* Platinum Dog Tag – This special one-of-a-kind dog tag is one of over 250 that will be collectible in Crysis 2 multiplayer, helping to separate you from the rest of the field.

The world has been ravaged by a series of climatic disasters and society is on the verge of total breakdown. Now the aliens have returned, with a full invasion force bent on nothing less than the total annihilation of mankind, starting by trying to rip the heart out of Earth’s most iconic city. In New York, terrifying alien invaders stalk the streets and a nightmare plague strikes down the city’s myriad inhabitants with brutal epidemic speed. The city’s systems are in chaos, its streets and skyline are smashed and in flaming ruin. This is New York City like you’ve never seen it before. Neither paramilitary law enforcement nor the might of the US military machine can stand against the invaders, and all who choose not to flee are dead men walking. Just to survive in this maelstrom of death will require technology beyond anything any modern soldier has ever seen. One man will inherit that means to survive. One supersoldier, wielding the combat enhancement technology of the future with Nanosuit 2, will make the last stand to save humanity from destruction in the urban jungle that is New York City.

* New York New York: CrysisÂ® set the visual benchmark for PC games that still stands today. Crysis 2 will redefine the benchmark on console and PC platforms, shifting their attention to the rich urban jungle of New York City.
* Amazing Aliens and AI: Challenging best-in-class AI with unique group coordination and group behaviour systems which give realistic responses to your actions.
* Nanosuit 2: Adapt your combat tactics by customising your Nanosuit and weapons in real time with revised modes, unlocking a variety of supersoldier abilities.
* Multiplayer*: World-renowned multi-player shooter studio Crytek UK is going to reinvent multiplayer with the dynamic intensity of Nanosuit 2. By using Nanosuit technology the player has nearly unlimited ways to approach the dynamic combat environment. 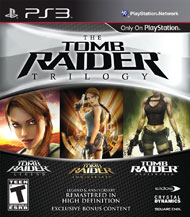 Tomb Raider Trilogy by SquareEnix $39.99 I got this paid off! Cant wait!
Product Details: 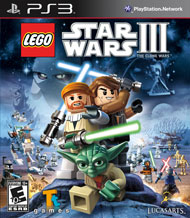 The beloved and critically acclaimed LEGOÂ® Star Wars franchise is back and coming to homes around the world in 2011. LEGO Star Wars III:The Clone Wars, combines the epic stories and iconic characters from the Star Wars universe and hit animated TV series Star Wars: The Clone Wars with all new gameplay features. Players will enjoy brand new game mechanics allowing them to create, control and explore in a galaxy far, far away like never before. Promising breathtaking visuals as well as new characters and levels, the game also features the signature tongue-in-cheek humor from the LEGO universe. With over 20 story-based missions and 40 bonus levels spanning the entire Clone Wars era, LEGO Star Wars III: The Clone Wars will allow fans to explore endlessly and laugh their way through the Star Wars galaxy in the most humorous, accessible and action-packed LEGO game to date.

* New Story – For the first time, players will experience their favorite stories from Star Wars: The Clone Wars, retold in the amazing LEGO world that fans know and love.
* Massive Ground Battles – Brand new to the LEGO Star Wars experience, players will take control of battalions of clone troopers against the relentless droid army – building bases, deploying vehicles and calling in reinforcements to defeat opponents.
* SceneSwap – Authentic to the Star Wars experience, a new feature allows players to take control of multiple teams in separate locations. Working together to complete various objectives, players will control each team through the press of a button, while playing in single player or in multiplayer co-op modes.
* All New Boss Battles – For the first time in the LEGO Star Wars franchise, fans will fight against massive bosses as seen in The Clone Wars animated series, including Gor, the epic Zillo Beast and many other favorites.
* Multi-Layered Space Battles – Players will be able to take off in their favorite ships to navigate and fly through multi-layered combat throughout the galaxy.
* New Combat Abilities – Characters will have more dynamic moves allowing players greater freedom to battle their opponents. Characters will also have new lightsaber abilities including Lightsaber Cutting, Lightsaber Throwing, and Lightsaber Climbing. The game will also feature new grappling abilities allowing players to climb their way through puzzles and defeat enemies.
* Explore the Galaxy – Players will be able to explore exotic locations in a variety of ships throughout 16 different star systems. Fans will play as villainous Separatists, the noble Republic heroes or even as bounty hunters, tracking down characters across the galaxy.
* Expanded Force Abilities – Using the Force in all new ways to control LEGO objects, players will solve puzzles, access new areas, pick up and throw enemies – even turning them into weapons.
* Brand New Clone Weapons, Vehicles and Characters – New clone weapons including rapid fire guns and rocket launchers, as well as all new massive capital ships to explore, such as Anakin Skywalker’s flagship the Resolute and Grievous’ devastating warship , the Malevolance. Players will also navigate through the galaxy in new vehicles such as the Republic gunship, Clone Turbo Tank and even Anakin’s Jedi Intercepter and the Twilight. Fans will also discover their favorite classic characters such as Darth Vader, Chewbacca and Luke Skywalker.
* Puzzle Solving – The game will feature all new puzzles that reward creative thinking through the use of teamwork and unique building situations only possible in a LEGO galaxy far, far away.
* All new lighting and animations – A brand new engine brings characters to life, giving players a whole new level of control in a vibrant environment, unlike anything ever seen before in a LEGO game.
* Split Screen – Improved dynamic split screen for multi-player co-op with jump in/jump out abilities for friends and families to play together.

Here is a great deal from Walmart. Pre-order Portal 2 and get a $20 gift card. Thats a game and a psn card if you look at it that way. The deal can be found HERE

Coming this February to four major platforms (PC, Xbox 360, PS3, and Mac) Portal 2 draws from the award-winning formula of innovative gameplay, story, and music that earned the original Portal over 70 industry accolades and created a cult following.

The single-player portion of Portal 2 introduces a cast of dynamic new characters, a host of fresh puzzle elements, and a much larger set of devious test chambers. Players will explore never-before-seen areas of the Aperture Science Labs and be reunited with GLaDOS, the occasionally murderous computer companion who guided them through the original game.

The game’s two-player cooperative mode features its own entirely separate campaign with a unique story, test chambers, and two new player characters. This new mode forces players to reconsider everything they thought they knew about portals. Success will require them to not just act cooperatively, but to think cooperatively.

Features
# Extensive single player game featuring next generation gameplay and a wildly-engrossing story.
# Complete two-person co-operative multiplayer game featuring its own dedicated story, characters, and gameplay.
# Advanced use of physics allow for the creation of a whole new range of interesting challenges, producing a much larger but not harder game.
# Original music.
# A massive sequel to the title named 2007’s Game of the Year by over 30 publications worldwide.

Battlefield 3 to Get Move and 3D Support!?