As the popularity of playing with plastic instruments (sadly) fades Ubisoft hopes to breathe new life into the music genre with a new game called Rocksmith. Unlike Guitar Hero and Rock Band, Rocksmith will have your fingers moving to the beat of a real electric guitar. 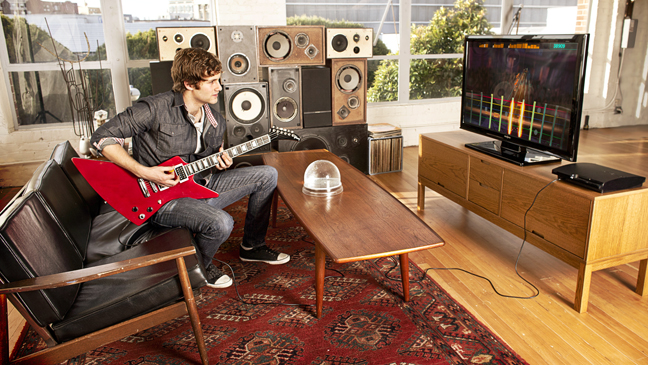 “Pushing buttons on a toy is nothing like playing a real guitar.Guitar Hero is a party game.Rocksmith is a music experience,” Ubisoft senior vp marketing Tony Key stated.

Rocksmith is scheduled to launch sometime this September for the PS3, 360 and PC with about 45 songs from artist like the Rolling Stones, David Bowie, Nirvana and the Animals.

According to early reports Ubisoft is hoping to sell the game bundled with an electric guitar for $200. Negotiations with legendary guitar maker Gibson and several others in the business is also underway. As unique as it sounds, Ubisoft isn’t the first to offer gamers a chance to play with an actual instrument.

In 2010 Harmonix introduce a fully functional, full-sized, electric guitar that could be used to play Rock Band 3 at around $279. Unfortunately the Fender Squier Stratocaster wasn’t bundled with the game and went on sale over four months later. Could Rocksmith be the shot in the arm the music genre desperately needs or will it end up being just another forgotten title like Seven45 Studios’ Power Gig: Rise of the SixString?