My Top Five Most Anticipated Games for (the remainder of) 2011

Since my last top five list was marginally well received, I’ve decided to give it another shot and deliver the games that will keep me a recluse for most of this year.

Yes, it’s almost April, but it’s never too late to think about the games you’re going to be shelling $60 out for. And as long as it’s snowing outside (and it still is here in Maine), I still consider it the beginning of the year…you know, unless it’s November or something.

The gaming world’s collective jaw hit the floor when they saw the epic trailer for this zombie FPS. If you missed it, check it out. I’ll wait.

But, while most of the gaming world was salivating over what many consider to be the greatest video game trailer of all time, I restrained. While it does look amazing, the trailer is purely cinematic, and might not even have a bearing on the game itself. No gameplay is shown, and the family detailed in the trailer could, potentially, not make an appearance. The four announced characters are the zombie-immune Xian Mei (a hotel worker), Logan (a surfer), Purna (unknown) and Sam B. (an ex-rapper) (source).

Also, they reveal that there are “special class” zombies, a-la Left 4 Dead, is a major turnoff. Is it so hard to have Romero-style zombies in video games? I mean, really, why do all modern video game zombies have to be 20 times faster than Usain Bolt, and every other one have some sort of mutation? Is it so hard to ask for a realistic zombie simulation?

Anyway, I hope that Dead Island won’t be a disappointment, but I’m afraid that Deep Silver set the bar a little too high with their own trailer. But, I’ll reserve final judgment until the game actually comes out. 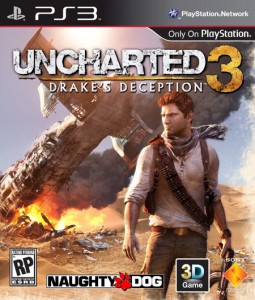 Uncharted has proven to be the Halo of the PS3 (except, you know, SO much better). The single must have, bread-winning, competition-destroying game on the PS3. More so than Killzone, more so than Resistance; Uncharted has provided a strong single player and a strong multiplayer, with a ton of replay value.

So, Nathan Drake is heading to the Arabian desert. After going through the jungles of the Amazon and Borneo, and the mountains of Tibet and Nepal.

If the first two Uncharted games were any indication, Uncharted 3 is going to be bigger and better than the both of them. More great third person action, quasi-platforming, and cinematic set-pieces.

The story mode should, as usual, be phenomenal. The gameplay should still be great. The graphics should be even better than Uncharted 2, which some people have said is one of the best looking games of all time. Honestly, what’s not to like about the Uncharted series? If you’re not getting these games for your PS3, then you don’t deserve a PS3. It’s that simple.

I am crying tears of elation.

This is the first time an Elder Scrolls game has been released simultaneously on both a Microsoft platform and a Sony platform (Oblivion was ported to the PS3 a year after it was out for Windows and the 360). Bethesda is promising many updates for Skyrim, including the elimination of the “Bethesda look”, in which NPCs stand inhumanly straight while never breaking eye contact and hardly blinking.

Instead, NPCs will actually do things, like rake, carry items, and clean things (among others) whilst talking to the PC. It’s also been rumored that, instead of the Bethesda-style pseudo-realistic locale, Skyrim will have a seemingly living, breathing location. Drop a coin in an impoverished settlement, and watch peasants fight over it. Drop something out of your inventory, and someone might pick it up, tug on your sleeve, and offer it back to you.

Also, Bethesda added dragon battles. And they are awesome. Observe:

That was awesome. You’re not just flailing at a dragon’s toes while it just stands there; you’re actually battling WITH A FREAKING DRAGON. November can’t get here fast enough. 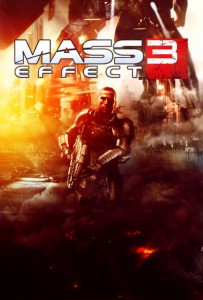 I positively gushed over the recent PS3 port of Mass Effect 2, and I’m definite that Mass Effect 3 will be as good as, if not better than, ME2.

While BioWare and EA have been tight-lipped about what updates to the game they’re making, whether they’re minor or major, game changing or merely game advancing. The plot will follow the Reaper invasion of Earth. For those of you who don’t know, the Reapers are sentient robots hundreds of times the size of spacecraft, who, every 500,000 years, wipe out all life in the universe. Commander Shepard isn’t about to let that happen.

Mass Effect 2 didn’t really work to advance the Reapers as antagonists (ME2 was more Commander Shepard dying, then being revived, then working to get an elite squad (or motley crew) of soldiers, scientists and strategists to fight the Reapers).

However, an alien race controlled by the Reapers, the Collectors, are invading human colonies on planets in order to create another Reaper, one based on a human. It’s destroyed, but now the real fight begins: the fight to save Earth, and the fight to save all life.

I’m positive the final installment in the Mass Effect trilogy will be fantastic. I cannot wait. 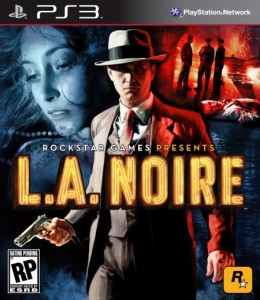 Is there anything prettier than seeing a new Rockstar game?

Oh, Rockstar, how I adore you. Grand Theft Auto is great, Red Dead Redemption is phenomenal. You can’t find a company better at making sandbox games. However, Rockstar games have always had you playing the anti-hero, the criminal, the bad guy. In LA Noire, you play as a beat cop working his way up to different detective “desks”, solving (or wrecking) cases. The story is large, long and sprawling, with at least 20 hours of voice acting, and a fair amount of gunplay throughout.

LA Noire will also implement a potentially revolutionary new facial animation feature, supposed to be as accurate as technologically possible; being able to highlight when a person your character is interviewing is lying. Hopefully, it won’t be dumbed down so it’s obvious, but you have to look for subtle hints.

I like this new, post-GTA IV Rockstar. It seems more willing to take chances. Red Dead Redemption took a dive into the almost stagnant western genre, and LA Noire is taking an even bigger jump by putting you on the opposite side of the law, and having a game more centered around the story rather than the open world.

Will the general gaming public, who think that Call of Duty is original, think this is worth their time? I know one thing: it’s sure as hell worth mine.