Listed for an April 2011 release, Mortal Kombat looks like its gunning for Fighting Game of the Year honors (Take that Marvel vs Capcom 3 fans 😆 ). Within the past few weeks, characters have been revealed, as well as gameplay features. I’m sure you all have heard that Kratos will be part of the game, and how the whole crew will bring it back to its MK roots by incorporating the Klassik elements we’ve all loved. Things such as old costumes, arenas, signature moves… everything to induce nostalgia.

Here are some updates and videos: 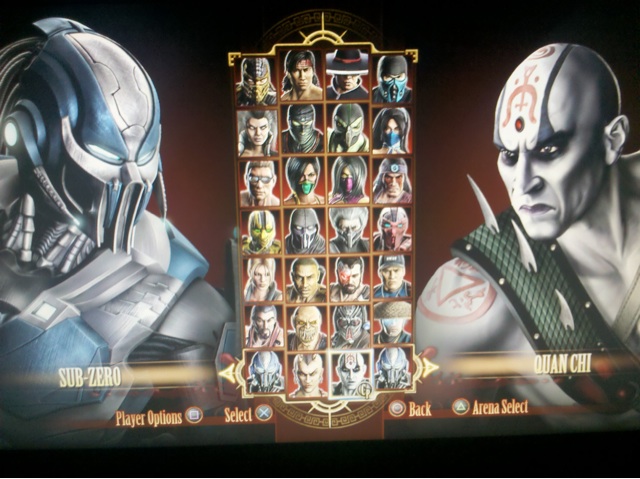 Feature showcase:
The video starts off with some Signature moves, killer combos, and how the actual gameplay is. Then, it shows the tag-team feature, which I think is pretty neat. It starts to become more interesting when they show the mini games, like the “Test your…” series. The Kyrpt also returns, where you get to purchase stuff with your points. The video continues by showing more features like Kratos, the X-Ray moves, and of course, what’s a Mortal Kombat game without: Fatalities.

Returning Backgrounds/Stages from the classic MKs:
Check out the newly re-designed stages from your favorite classic Mortal Kombat games. I think the Pit 2 has got to be my most favorite of all.

Boon and Asmussen Interview:
Ed Boon (creator of Mortal Kombat) sits down with Stig Asmussen (director of God of War 3) to talk about how Kratos was inspired by Mortal Kombat and how he perfectly fits the game.

Tag Team Throwdown:
Cyrax and Sektor take on Scorpion and Sub-Zero for this beautiful gameplay video of the tag-team feature.

Kratos Gameplay trailer:
Kratos, from the God of War series, crosses over to this game. The video shows some of his familiar moves and weapons. I can’t wait to see what he has in store for the Fatality department.

Preorder from/ and get this: