Well, it seems someone, somewhere, made a ginormous mistake, because it looks like a release date for the CoD-crusher has been found on the web. If it’s true, it sure would be a smart move, financially, for EA/DICE. Who wouldn’t want to release before their rival? It also means I get to play it sooner :D! 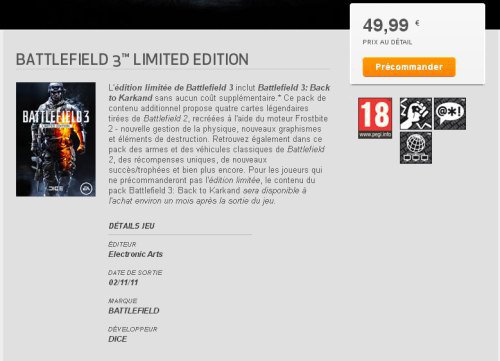 The date was found on EAâ€™s download manager. I highly doubt that this is a mistake, or even an April Fool’s joke. We are already being treated to regular viral videos of the game in anticipation. Not to mention, Battlefield will want to go head-to-head with Call of Duty and also capitalize on holiday sales. EA has not confirmed anything as of yet, but it looks like November 2nd may be the day we see Battlefield 3.