Jcmdaddy was the first to show up & he was feeling under the weather but he still was near the top of the scoreboard. Oly joined in later in the night. It was a fun game night all around, lots of joking around and some fun games.

One of the later games we thought we where playing with a 12 year old possesed smoker (you had to be there). Apparently I’ve been calling Jetpacks by the wrong name. The correct name is “Parachute”. I don’t recall the name of this guy that was from New York that enlightened us to this fact. He had several other terms of which we have never heard of. While we where waiting for a operations map to load, we chatted it up with some random guys. We got their PSN ID’s and later on they joined PS3Blog.net as well. So welcome BLOODYICECREAM and tech to the PS3Blog.net family.

Everyone gets 50 for showing up and Jcmdaddy gets another 50 for playing while sick. Let me know if I missed anyone:

There was one other but I’m not sure if he was a member here or not. If you are let me know. Ace gets another 75 for recording the game night for us.
”
Scoreboard Screenshot: 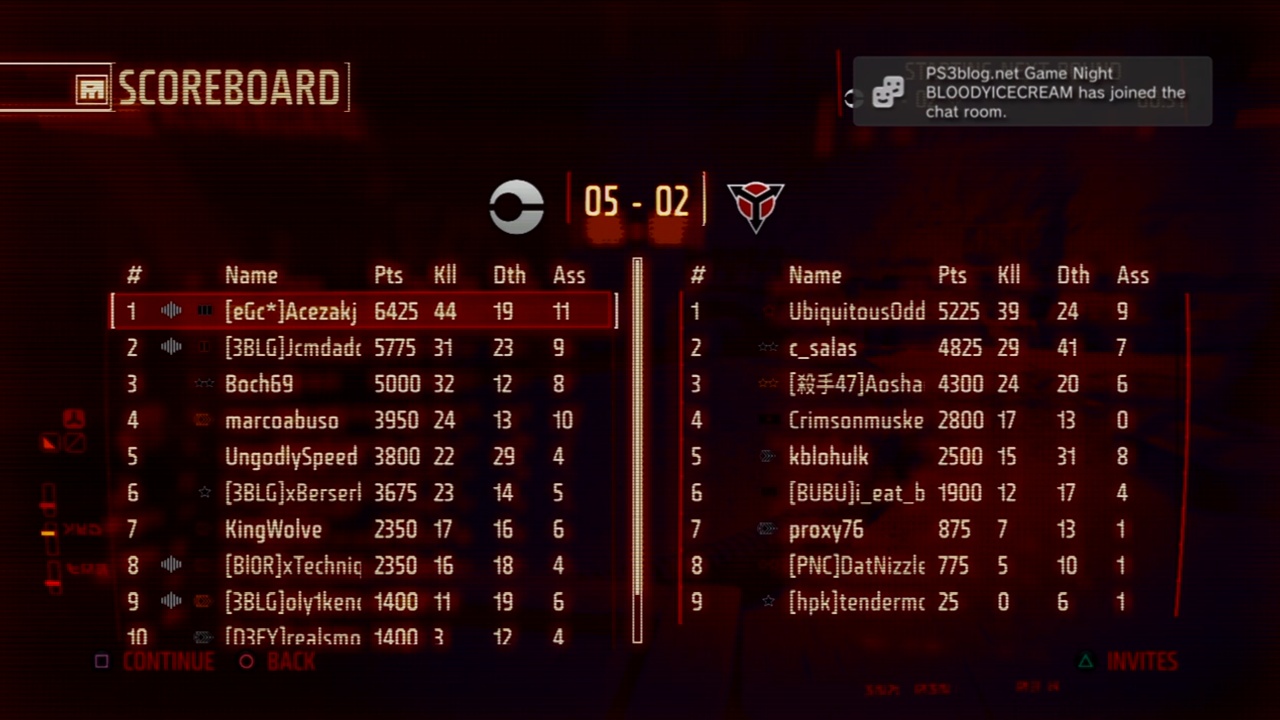