Hot Head Games (that’s their logo below and I’ve got to admit that head DOES look hot) can sum up this game for you, and they can sum it up gooood:

Swarm is an action-platformer from the game creators at Hothead Games. In Swarm you take control of 50 utterly fearless Swarmites and drive them through an intense, entertaining and often suicidal battle of survival. Run, bash, huddle, boost, stack, jump, push and throw your way through gauntlets of death and destruction in an attempt to collect valuable DNA and ensure that at least one Swarmite survives.

After that, and before getting the meat of the review (or steamed vegetables platter in case you favor a protein free regime), I can point you to our Developer Q & A with Hot Head Games so you get the full picture before I send you on ahead to glance at the little picture… or whatever needs to be said to continue with that comment.

Decided to stick around? Great! What’s my final review? BUY THIS GAME!

What, need more than that? Ok, just because you’ve asked nicely.

I didn’t start the game right away since I ended up staying at the main screen for a while pressing the triangle button to see all the fun ways the swarmites met their maker. Fun for the whole family! So far, so good. What could possibly be next for us? So, like, this big blue thing, like, crashes into a planet and, like, blossoms up and grows these sorta worm-like tentacles and, like, that tentacle is what spits and swallows your blue blobs (Swaaaaaaaaaaaarmiteeeees!). Very deep stuff, man. Like, with the blue, and the blob, and the death, and how we’re all crashing into other stuff, and then more stuff happens and then we grow but then go back home and…

Were was I? Oh, right: the big crasher is Momma (with a capital M. ALWAYS with a capital M) and she wants you to collect DNA so she can grow, and grow, and then the tentacle can go on further and further ahead, granting you access to other levels, more DNA, and more Momma growth-possibilities. The circle of life at it’s finest moment, and it’s here that we start to see how simple and to the point design and choices is good news to us, since it leads to lots of fun-fun.

Want more objectives? You wanted the best, you got the best! On every level, you can collect floating sphere points of different values that are deposited on a score tab that goes up with every point collectible you pick up and this temporary score can be affected by increasing your multiplier as high as possible. The multiplier is increased in one of two ways: by quickly picking up more points spheres before the multiplier gauge disappears AND by killing your Swarmites. That’s right, this game REWARDS you for killing your main characters. There’s one trophy that takes into consideration your final score for a level and another one that requires you reach a specific multiplier tier. That score is 42 million and the multiplier tier is 70x… and for anyone that has played this game before, you’ll understand how much practice, patience, and understanding of the core mechanics of the game will be needed for you to reach said thresholds (I got both trophies after an hour or so of learning from my mistakes, with a final score of 53+ million and a multiplier going into the 90x sky).

But killing your Swarmites don’t only give you an increase to your score multiplier, it also gives you shiny, shiny medals! They’re called Death Medals (how fitting!) and there’s a lot of them for you to obtain. Depending on how each Swarmite dies, a different medal counter will increase and, for example, there’s one for having them fall into the Abyss, another for burning them down to a crisp, one for letting them choke to death and, my favorite, one for having them be vaporized into oblivion. You first get a bronze medal, then a silver, and, finally, a gold one. But wait, there’s more! If your last 10 Swarmites all die in the same way, you get a Mega Death Medal (please, imagine a deep, echoing voice when reading this) and, as expected, another trophy rewards you for obtaining all Death Medals the game can award you. Death hazards are always a great way to spice up your life, but remember, losing that last Swarmite to the cold hands of Death will take you back to the last checkpoint you had reached and it will also BREAK your score multiplier in a million pieces, enough pieces to be used as coaster for all your tears once that perfect level run gets ruined. Having a huge multiplier running and moving too close to that razor blade which kills your last little blue blob of joy? Priceless!

There are several blue bundles of Swarmite pods that replenish your current stock back up to a more decent number, in case you’ve run into one too many deaths along your journey; using these, the traps, pits, fire, flying death-inducing arrows, electric bad boys, and score spheres will help you reach higher and higher numbers, numbers that, in the end, do your body good. Remember, stay in school kids!

The goal is always the same, but you must consider that you HAVE to reach a certain total of points on each level before the next one opens up, and that, collecting all the DNA (for another trophy!) and obtaining all Death Medals, makes it a very fun ride. You can even upload your highscore for each level to the online leaderboard and see how you actually did against the rest of the world… or just against friends that own the game.

There’s only two bosses in the game, and you must collect a set amount of DNA before you can go up against them. Luckily there’s more than enough DNA lying around so that won’t be a problem, but the fact that only two bosses are in the game does deduct some points from the final score. Hopefully Swarm’s sales are high enough for DLC levels and bosses to be made available in a couple of months?

You can replay levels to increase your high score for it and it is here (and in the two boss battles) that a new element is introduced: an actual looks-like-a-clock timer bonus! This bonus meter starts decreasing as time goes on so you must finish before it goes out completely, which is the key for making it into the top ten on the leaderboards, and for awarding your time and effort with what is sure to be an eternal flame of enjoyment inside every fiber in your body.

Going back to my short review, Swarm is a must-buy game with a unique idea behind it that we must support so more developers and publishers can take a risk with new IPs and finally allow us to have fresh and interesting game choices for this, our dearly beloved hobby.

[review pros=”Great Idea!
Controls are well thought out and work like a charm
Momma wants us to make her proud!” cons=”Only two bosses
Where is my DLC announcement?” score=94]

– Obtained all trophies (and I feel good!).
– Total amount of time played: 11 hours.
– This review is based on a retail copy of the PS3 version of Swarm provided by Hot Head Games. 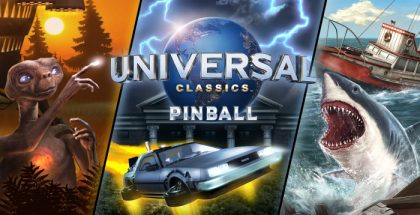 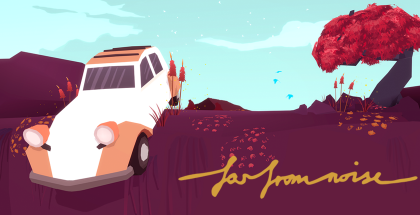