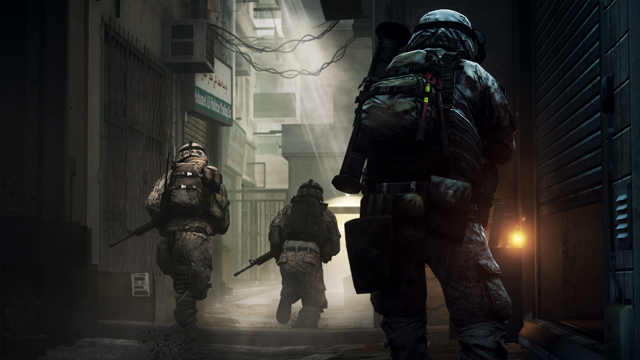 Some new screenshots have emerged out of BF3. Some of the screens are from the in game footage we have already seen, some of them are just renders and some of them are of concept art. It’s a pretty cool way of just looking at everything from start to finish. The lighting in this game is phenomenal, as well as the graphics and the animation. Please try not to get stuck on the whole thing about how the PC version will be better than the Console version, just try to enjoy what’s coming our way.

One thing that I have an issue with is how the dirt kicks up. If you look at the screenshot you will notice it by the middle soldiers boot. This all makes sense if the solider was running through a muddy surface but doesn’t really fit here. I know the alley is dirty but not dirty enough to kick up that kind of dirty. One other area I saw this in was the roof tops where they go to take out the sniper. After all that running, and shooting they go up to the roof top and dirty is still kicking up all over the place. The roof just isn’t that dirty for that kind of detail.

The next three shots are of the alley you just witnessed in all of its glory. Even though all three of these shots show the part of the alley it’s nice to see it going through a transition before reaching the final stage. 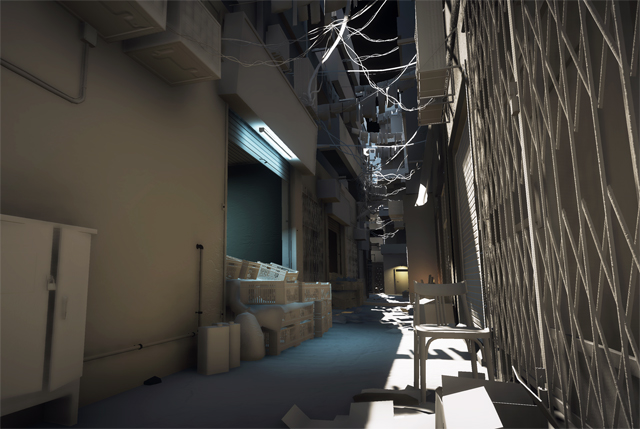 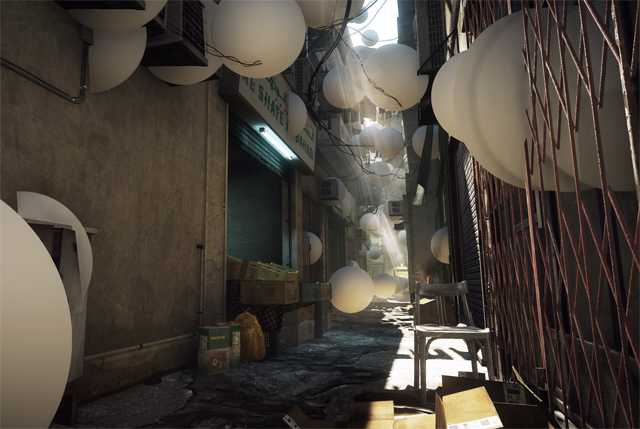 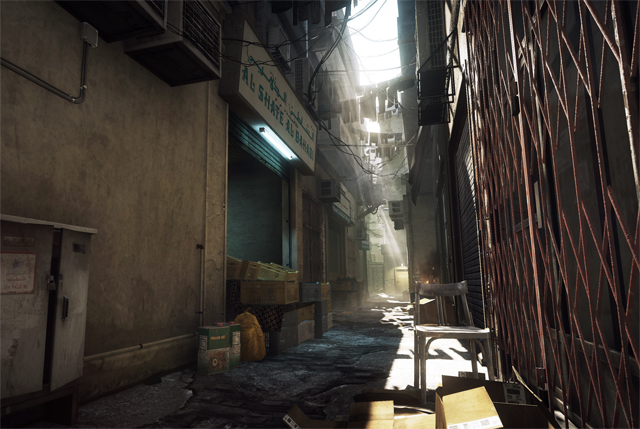 Frostbite 2 allows for the use of features such as dynamic radiosity, dynamic shadows, and deferred lighting on a big scale. Included are some examples of an environment where you can see just the lighting information (1), the actual light probes that control how light affects dynamic objects (2 â€“ one of these probes contain more lighting information than an entire level from BFBC2), and the finished environment the way a player would see it (3)

This is pretty crazy stuff. DICE didn’t sit their rehashing old games, they actually sat down, thought how they wanted to improve the game and did it. I myself really like BFBC2 and think it looks great. But to hear that one of these probes contains more lighting information in BF3 than an entire level from BFBC2 is just mind blowing. I really didn’t think they pushed it to those kind of extremes. 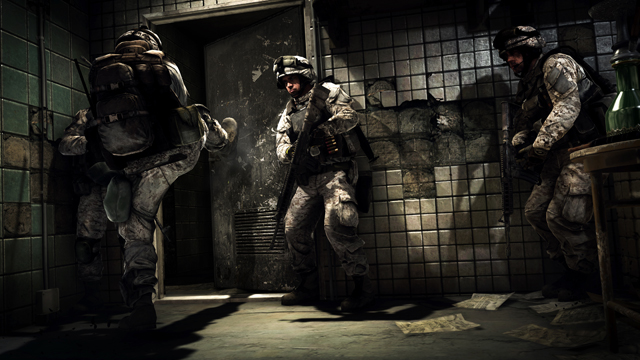 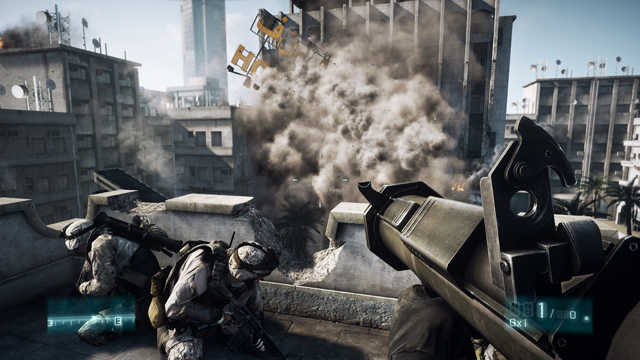 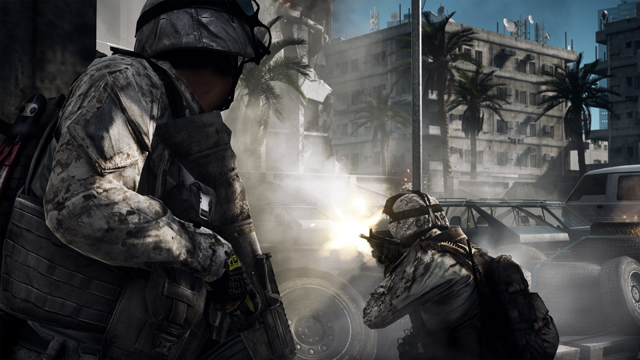 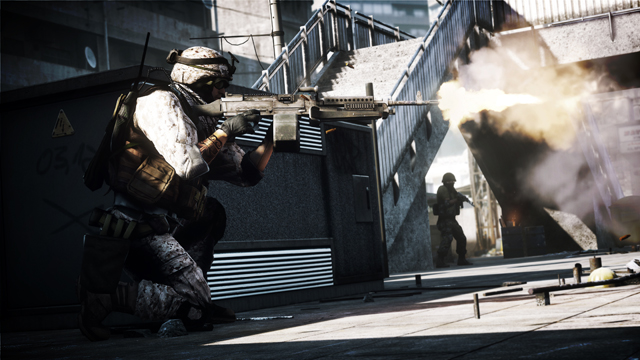 Just looking at these is making me salivate. It’s hard not to make myself sound like some deranged fan but when I start analyzing everything I have seen from this game it just makes me feel like a little girl on her 16th birthday that received her pony. The game is just mind blowing as it is but when you look at the physics, animation and just the fluidity of the game you can’t help but thing that just isn’t real. That has to be some kind of a cinematic cut scene. When you see the soldiers run through the alley and pay attention to how their body is position and moving as they run it’s extremely impressive. I am not knocking on Call of Duty Modern Warfare but if you watch someone running and compare that to what you see in this game it’s like day and night.

Character movement isn’t the only thing worth mentioning. The environment is just as crazy, right before you enter the roof where you are looking for the sniper you kick open a door. It swings open as realistically as it’s going to get. Just look at the dust and smoke fall off of the hotel building as the sniper eats the rocket launched at him or how the ground reacts to the earthquake. Talk about taking a game to a whole new level… in fact I would go as far and say DICE just invented a level. 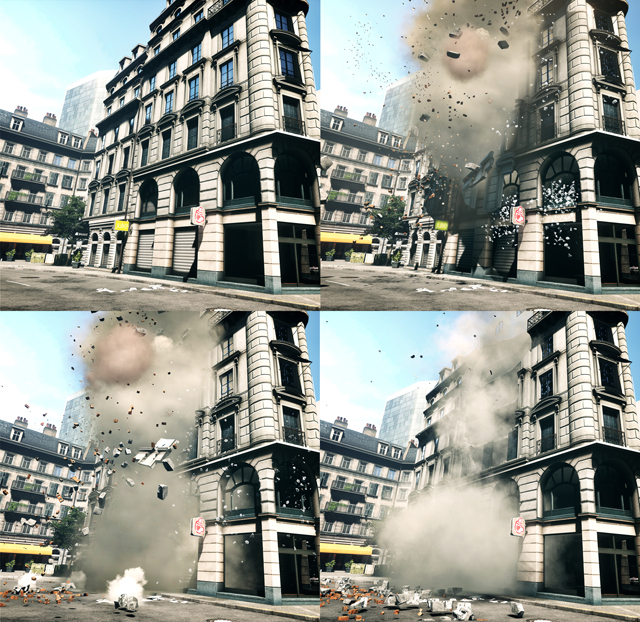 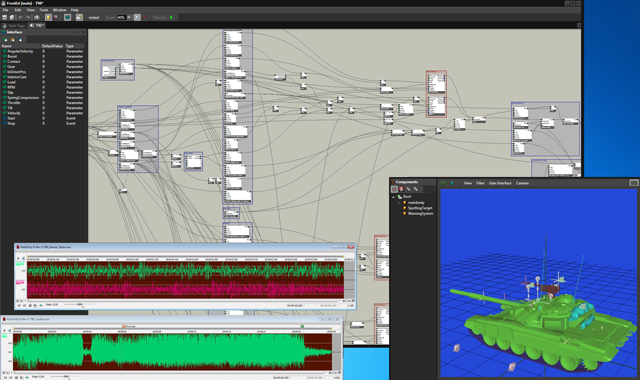 The above is what Stefan Strandberg, the audio engineer a DICE is looking at when he tries to piece together everything that can happen at any given time within the game. You can also see that this is what the schematic might look like for a tank within the audio section of Frostbite 2. This guy really seems to know his stuff, because the first thing I would try to do with that image is connect the dots, if that’s even possible.

The last several images are of the concept art. Most be really interesting to work on a project and see it from just thrown around ideas, to some concept art, to renders on a screen to a finished product that you know is going to change everything. 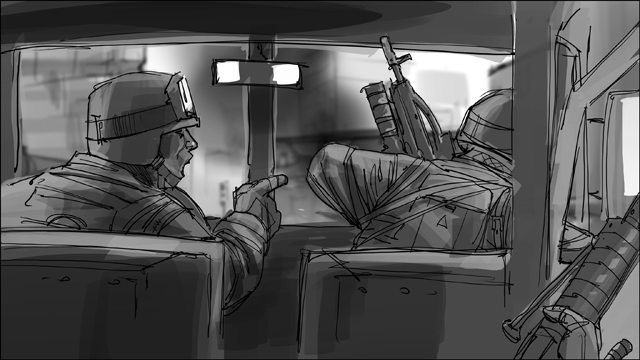 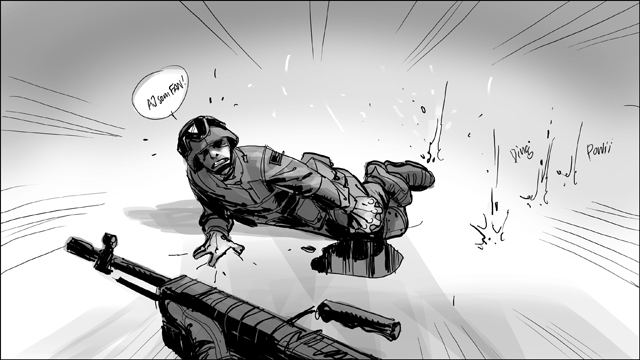 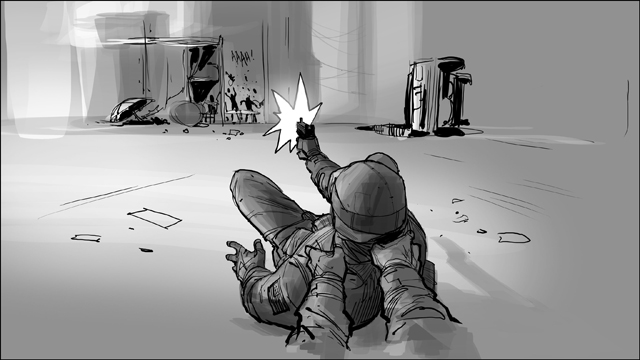