EyePet & Friends Will Have 2 Pets to Play With

When the first Eye Pet was announced, my daughters were extremely excited. After being delayed over and over, it was finally released as a PS Move compatible game, and filled my home with enjoyment. The major issue at the time seemed to be that my two youngest daughters had to take turns. Well now, with todays announcement of Eye Pet and Friends, it seems like that will no longer be an issue.

In Eye Pet and Friends there will now be the availability of two pets, either both controlled by one player, or each controlled by a separate player. The game is currently scheduled to be released “later this year.” 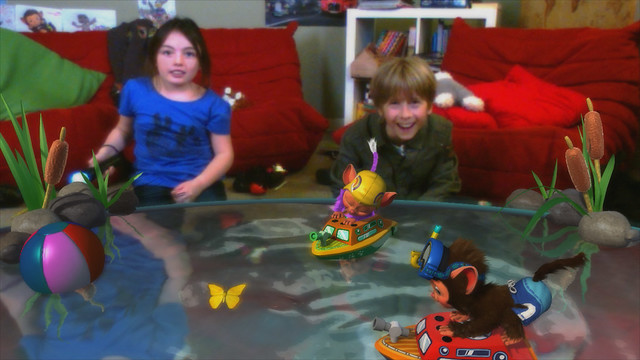 Weâ€™ve socialized the game, now with two players, two PlayStation Move controllers, two Pets and augmented reality. Raise two on your own or together with a friend, let them hatch together or see if you can handle just one of the mischievous fur balls first â€“ the choice is yours, but donâ€™t forget that two EyePets born together may form a stronger bond with each other.