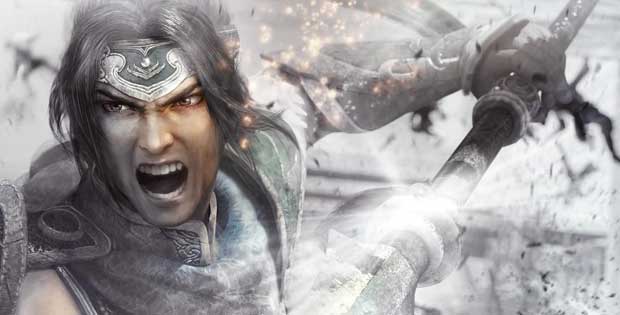 Did You Know That?: Dynasty Warriors Began As A Weapon Based Fighter For The PS1 In 1997.

After feeling a bit disappointed with Dynasty Warriors 6 (released for the PS3 and Xbox 360 in 2008), I had my doubts when Tecmo Koei announced the 7th game in the series late last year. Since the second game released for the PS2, Koei had offered little incentives for fans to remain interested in the franchise, which is based on Luo Guanzhong’s famous historical novel Romance of the Three Kingdoms. However, as more details about the Dynasty Warriors 7 surfaced, it was clear that this would be the series’ true next gen outing.

The gameplay in Dynasty Warriors 7 remains the same as previous games. The square and triangle buttons are still your best friends, while the circle button is only needed to activate your special Musou attacks. Your Musou gauge can be divided into three or more sections so you won’t deplete the entire meter in one use. For the first time, every character gains an extra Musou attack as you progress through the game with certain characters able to excecute Musou attacks in midair. 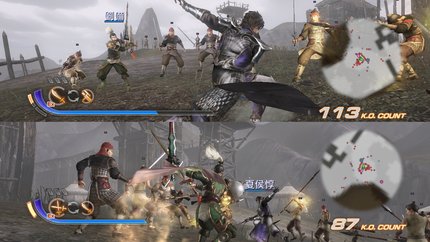 Play offline with a friend with 2 player splitscreen or online. There's no splitscreen for online multiplayer.

Switching weapons in the game is also optional by hitting R1. This feature was first introduced in the spin-off, Dynasty Warriors: Strike Force for the PSP (later released on the PS3 and 360). You can change your character’s main weapon and sub-weapon either on the field or in the main camp prior to battles. When your character switches to his/her second weapon in the battlefield, they will unleash a special attack in the process. New weapons in the game range from something as deadly as an arm canon to a giant paint brush.

Dynasty Warriors is still all about hacking your way through mindless AI enemies to complete your objective, but as a bonus in DW7, the more enemy officers you slay, the more Skill Points you accumulate. These Skill Points can be spent on each characters’ Skill Tree where they will unlock new combos, skills, and other bonuses. You can also acquire Seals that can be attached to your weapon for extra abilities. 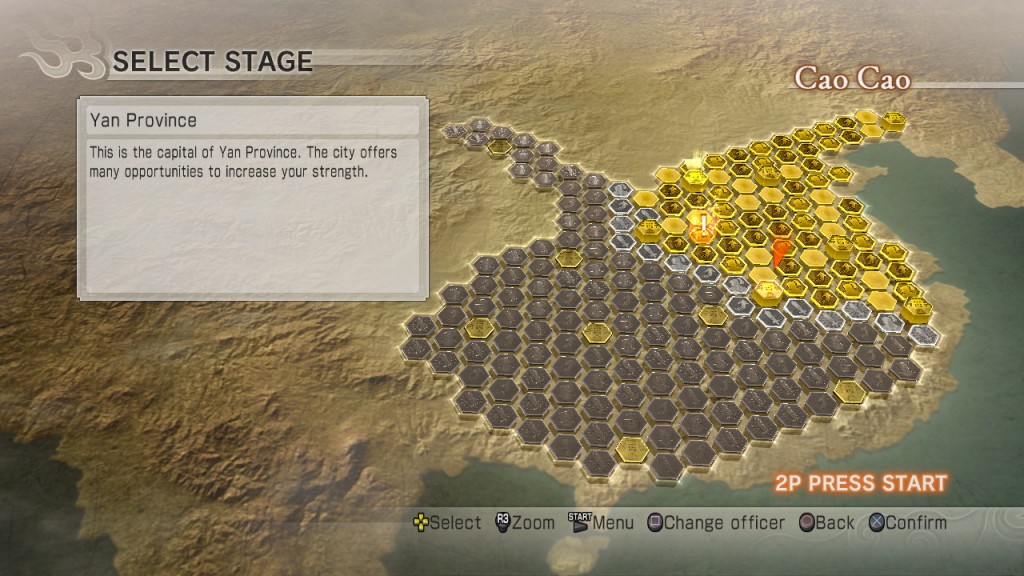 Dynasty Warriors 7 features two lengthy modes: Story and Conquest Mode. In Story Mode, you have 4 Kingdoms to choose from; the proud Wu, the ruthless Wei, the honorable Shu and the later Kingdom of Jin, who would be responsible for bringing the Three Kingdoms to an end. The inclusion of the Jin Dynasty is one of the biggest improvements to the series. For the past 6 games, Koei never expanded the story beyond the Battle of Wu Zhang Plains. In this game, we finally get to experience the rise and fall of these legendary kingdoms, which was the biggest selling point for me. I also like how Omega Force explained more of Wu, Wei, and Shu’s stories.

In previous games, you had the option of selecting a general from said kingdom and take him or her through their path in Story Mode. In Story Mode for DW7, your general is randomly selected for you as you follow the historic path of the Three Kingdoms and their leaders. The death of certain characters is also told in Story Mode, and to help keep the gameplay fresh, sometimes you’ll take control of different characters during certain events of a stage. Story Mode will take at least 25-30 hours to complete (I finished it in just over 26 hours) and it’s also where you will unlock a majority of the cast whom you’ll be able to play in Conquest Mode. 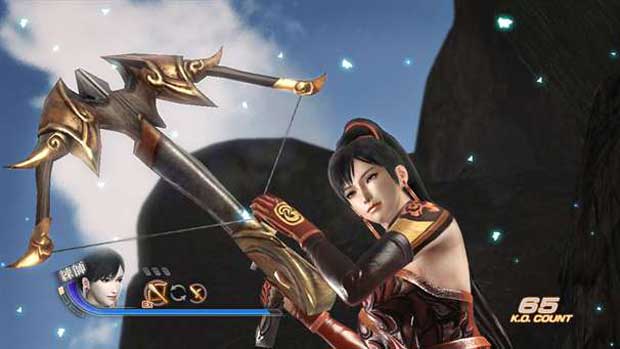 In Conquest Mode (a.k.a Free Mode), there’s over 200 new battles to unlock and numerous Provinces (cities). The Provinces is where you’ll be able to buy new weapons, gain allies, purchase Guardian Animals, and be quizzed on your knowledge of the Three Kingdoms by a Scholar. Conquest Mode is also the only mode that offers online multiplayer. You can invite a friend to join you, wait for others, or just jump into a random match. In several of the online sessions I’ve joined, I didn’t notice any lag, although, since most players tend to take out the enemy generals as fast as possible, most online matches end up being too short for me to tell. It would have been nice if Omega Force had added a versus mode in the game so players can challenge each other online.

Easy On The Eyes

While the visuals in DW7 certainly can’t compare to games like Killzone 3 or Uncharted 3, the colorful wardrobe, environments and amount of detail in the 60+ roster of characters are a welcomed step up from what we saw in Dynasty Warriors 6. The pre-rendered cutscenes in the game merge almost seamlessly into the gameplay too. So far, I haven’t experienced an ounce of slowdown, which has plagued previous games, including DW6.

To Sum It All Up

With a ton of content and unlockables, Dynasty Warriors 7 isn’t a game you’re going to complete in one sitting, or a week for that matter. If you’re a fan of the franchise, then you really shouldn’t pass this one up. Dynasty Warriors 7 is a lot of fun and, in my opinion, the best installment since the third game.

[review pros=”Excellent, engaging, well narrated story
Fast and easy gameplay
Improved graphics and lighting effects
Tons of replay value
Online multiplayer
3D support
” cons=”No co-op ( online or offline ) in Story Mode
Lots of new faces, including Bao Sanniang and Ma Dai, but their roles in history is never explored in Story Mode.
Voice acting (it’s not as bad as before but it’s still hard on the ears at times)
Zhang He” score=85]

This review is based on a retail copy of the PS3 version of Dynasty Warriors 7 provided by Tecmo Koei.

It’s Time For Another NGP News Round Up!!!