Resistance 3: The Dark Woods of Pennsylvania

As stated earlier in the week, the Official PlayStation Blog would start rolling out some new 411 on the big hitters that are coming to the PS3 in the coming months. Today, we were blessed to get a Resistance 3 video that is 7 minutes and 46 seconds long. This is footage of the gameplay that you might have heard some of the journalists raving about since a lucky few were were able to get their hands on it. It has our hero, Joseph Capelli, and Dr. Malikov traveling through the flooded waters of the Mississippi. Good thing they didn’t think this trip was going to be easy!

First, I have to say that I really like the theme of this game. I wasn’t really into the first two games, but this one has totally captured my attention. Something about human beings fighting for their survival, and that fact that it doesn’t look cheesy. I also really like the art style in this game, along with the weapon wheel. Can’t wait to see some more information about this game. 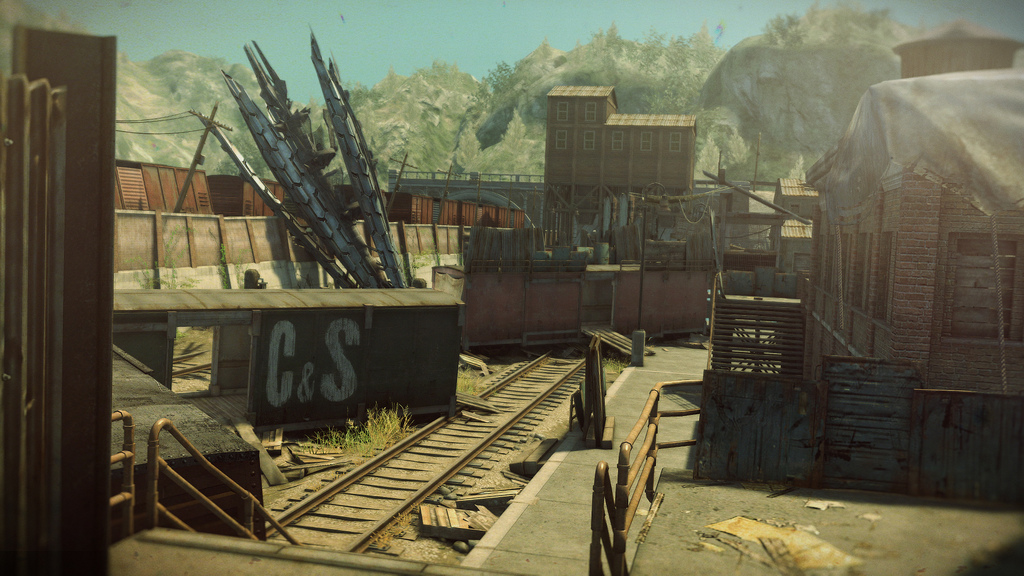 Above is a screenshot of one of the maps that you are going to have access to in the multiplayer. It takes place in Bogota, Columbia, at a trainyard. Another thing that I really like what the team did is took locations all over the world as the setting for the multiplayer maps. After all, this is supposed to be an earth invasion; not a United States of American invasion.