Dragon Age II (released March 8, 2011) is Biowareâ€™s sequel to their late 2009 new RPG IP, Dragon Age: Origins. The new title boasts a dramatically improved graphics engine and combat that is both more fluid and more frenetic than the originalâ€™s. However, the new game also has some limitations. Hereâ€™s a telling fact, for instance: In DA:O, your epithet by the end of the game is â€œHero of Ferelden,â€ while your moniker in DA2 is â€œChampion of Kirkwall.â€ Why does that matter? Well, Ferelden is a country, and Kirkwall is a city. And as that distinction I hope implies, DA2 is a more localized, shorter, and rather meeker affair than its predecessor. Still, itâ€™s a great deal of fun, and if you enjoyed the lore of the first game, you should certainly pick up the latest title. If DA2 had been the first game in the series, it probably would have merited an A in my book. Ultimately, though, the successor falls short of the high standard set by its progenitor, and in the following review, Iâ€™ll explain why I think DA2 warrants a B-.

DA2 begins contemporaneously with the events that take place in the latter part of DA:O, but DA2 will span ten yearsâ€™ time instead of about one year, and it takes place in a different area of the world, the city of Kirkwall. One major change that youâ€™ll notice right away is that, while you can choose your gender and class in DA2 (warrior, rogue, or mage), you cannot choose your race or social standing, as you could in DA:O. This is a perplexing decision on Biowareâ€™s part, as one of the real selling points of the first title was that it included six totally different origin stories, each of which entailed about five hours of game play. These introductions really helped personalize the experience of the game. In DA2, youâ€™re a human, your class doesnâ€™t matter too much in the plot (nor does your gender, really, as most everyone in DA2 is, apparently, bisexual), and despite the decisions that you make throughout the game, your gaming experience is more than likely going to be about the same as everyone else. 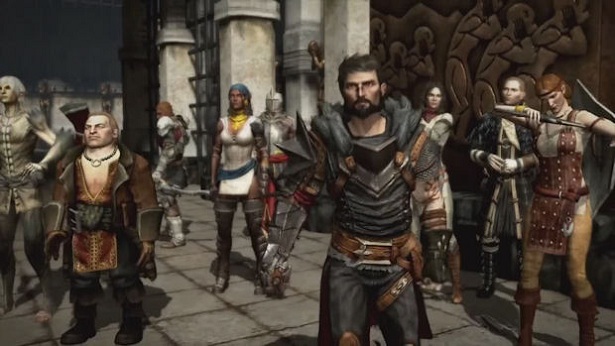 The plot of DA2 does not have the immediacy of DA:O, either. In the first title, you had to stop the advance of a terrible arch-demon and his legions. You know thatâ€™s your job from the moment that you complete your origin story, and everything you do throughout the game works more or less directly towards the accomplishment of that task. In DA2, well, you know from the beginning that your character is special and is destined to become a â€œChampion,â€ but itâ€™s not clear what struggles you will overcome in the service of that title, and for the vast majority of the game, you are left to find things to do, trusting that when the time comes (when youâ€™ve accomplished missions), the game will direct you toward an important primary mission that will advance the story, such as it is. Thereâ€™s just no immediate threat, and your characterâ€™s main task doesnâ€™t seem to be to save the world as much as it is to accrue wealth and buy a big mansion up on the hill. 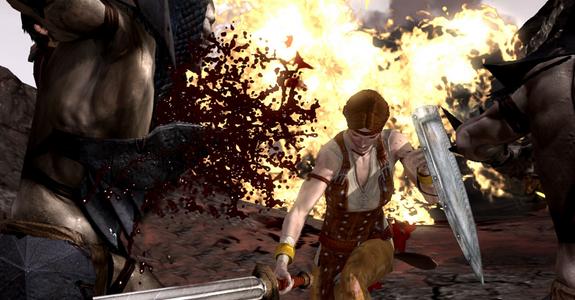 Still, DA2 boasts some improvements in core game mechanics. As I intimated before, the game simply looks better than DA:O. DA:Oâ€™s graphical aesthetics and effects were actually shockingly bad; they looked at least five years behind the times at the moment of the gameâ€™s release. DA2 looks respectable for a game todayâ€”not as hot as Biowareâ€™s retooled Mass Effect 2 for the PS3, but still perfectly respectable. And these improvements serve to make combat better than ever. Warriors spring into the air and bring their weapons down thunderously on the skulls of enemies. Mages unleash devastating elemental effects and force powers that can throw groups of enemies around like ragdolls. Combat is a quick, messy, and bloody affair. It can be played like a fun third-person shooter/button-masher at lower difficulty levels. But as in the first game, battle can also be paused at any time, and you can, then, issue orders to each of your party members, which they will carry out as soon as you unpause the game. This style is great for the compulsive micromanager, and it is necessary at the higher difficulty levels.

Also you can create complex logic trees for your party members to follow in combat, formatted like If/Then statements (e.g. If my health falls below 25%, drink healing potion). Tweaking these command chains is quite rewarding, because in a certain sense, you can make your party membersâ€™ AI as smart as you want it to be, and if a fight proves particularly challenging, you may find that modifying charactersâ€™ logic quickly changes the tide of battle. In short, combat is fun, fluid, and gorgeous (in a sticky, wetly sanguineous way). 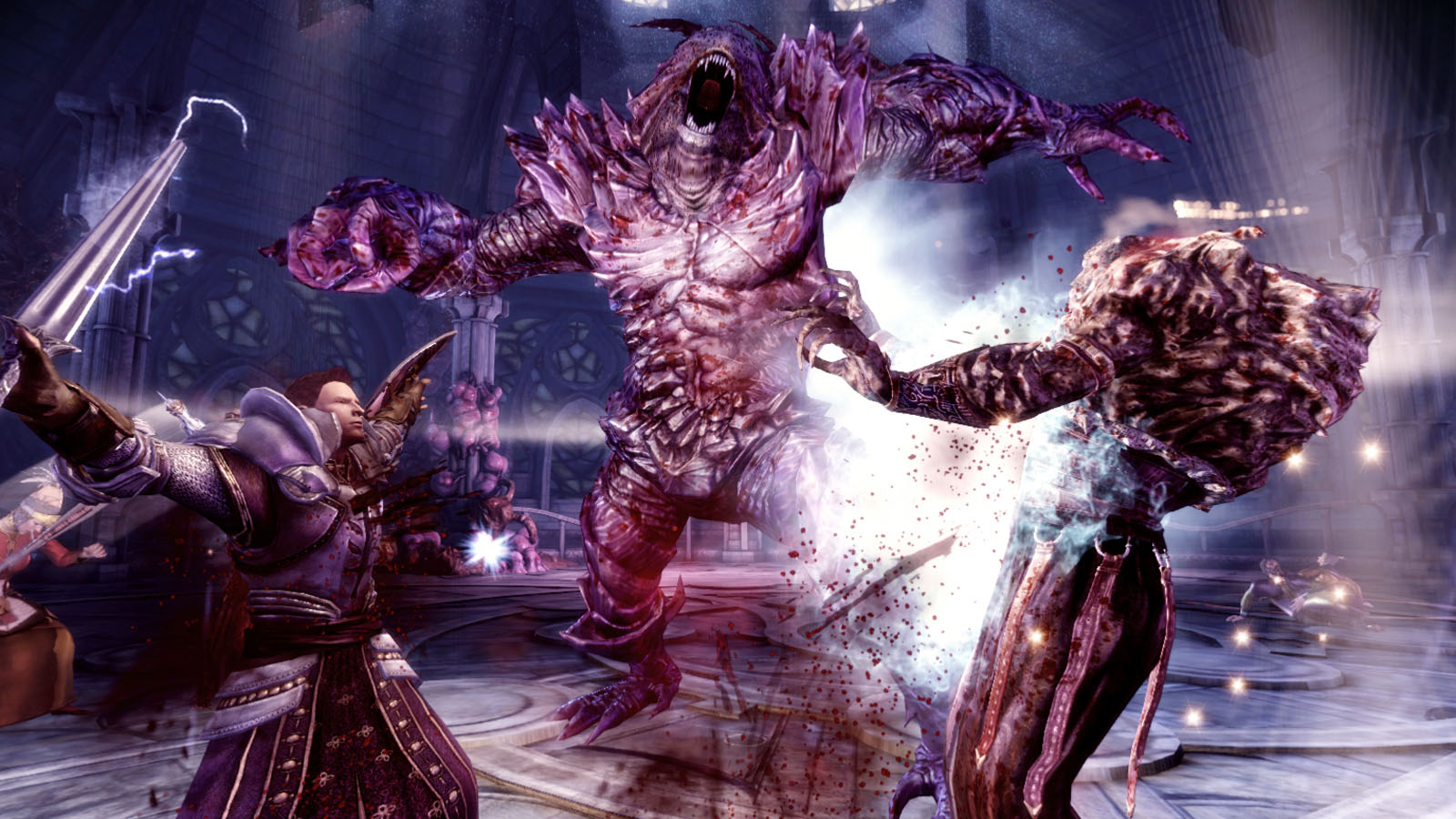 However, Bioware really dumbed down DA2. You have perplexingly more limited control over party membersâ€™ inventories now (you cannot change their armor, just their weapons and trinkets, like rings and amulets). And none of the party members are memorable in the same way as much of DA:Oâ€™s cast. Conversations follow the Mass Effect model: Thereâ€™s a conversation wheel and the main character is fully-voiced. Sounds great? Perhaps. But each conversation option has a little icon by it, marking it as â€œgood,â€ â€œevil,â€ â€œsarcastic,â€ etc. This makes for a much less immersive role-playing experience. In the first game, you could feel out which conversations options seemed the most ethical, for instance, but it was up to you to puzzle out this sort of thing. Now, if you want to play a â€œgood guy,â€ you donâ€™t even need to read the conversation options or listen to the conversations; just keep picking the text that has the â€œgoodâ€ icon beside it. 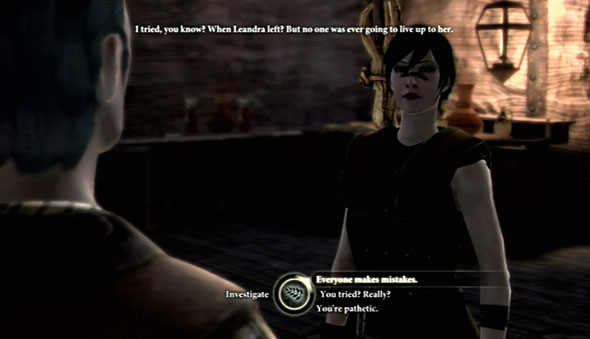 Bioware has also taken some shameful shortcuts as they rushed this title out the door. There are seriously about half a dozen areas where youâ€™ll keep doing combat over, and over, and over. For example, several times youâ€™ll have to do battle in a mansion or estate. Itâ€™s always exactly the same map, despite being totally different places from the perspective of the plot of the game. And guess what? The city brothel recycles the same map as well; it just puts a wet bar in the main hall and lodges ladies (and gentlemen) of the night in the sleeping chambers. There are two or three â€œcaveâ€ maps, thereâ€™s one â€œdocksâ€ map, and so on. It would be laughably absurd if it werenâ€™t sort of sad and, certainly, repetitive.

The title also has its share of bugs, and, unfortunately, as of the time of this writing, Bioware still hasnâ€™t addressed these with a patch. Bugs run the gamut from headless enemies to peacenik baddies who refuse to fight (i.e. are frozen in place while you wail on them), to bugged bosses that never come down from an inaccessible ledge. Happily, I havenâ€™t heard of any totally game-breaking bugs. Most of the bugs can be solved with a reload of a saved game. See our messageboard thread in which some of us complain about such problems.

So, let me reiterate that while I have a lot of complaining here, I did enjoy the game. Itâ€™s wonderfully satisfying to return to the world of Dragon Age, having played the original game, the Awakening expansion, and much of the DLC. The essential problem, in my opinion, is that this game feels way too rushed. This would have been fine if it had been another $40 huge, disc-based expansion like Awakening, but, well, itâ€™s not.

Here’s a bit of perspective: I put over sixty hours into DA:O, about thirty-five into Awakening, and forty into DA2. And I was being pretty OCD with all of these games; many people report DA2 play time of more like twenty-five hours. Nevertheless, DA2 boasts the new engine, which is great and which legitimates dubbing this a brand-new entry in the series. I just wish that more care had been put into building richer content for the flashy new engine to deliver: expanded story, stand-out characters, smarter dialogue, more original areas to explore (and no recycling of areas!), and complex inventory management. The title just feels half-baked. Maybe another six months of development might have done the trick? Unfortunately, I suspect that Biowareâ€™s strategy is to ask me to subsidize rectifying these failings through DLC purchases. Uncool.

This review is based on a retail copy of the PS3 version of Dragon Age II provided by BioWare.