A very special thanks goes out to Valve for making this giveaway possible. 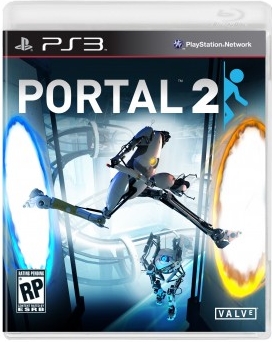 Portal 2 is a first-person action/puzzle video game that has both single and two-player co-operative game modes. Portal 2, one of the most anticipated games of the year, is the sequel to the title that earned over 30 Game of the Year Awards in 2007. Portal 2 will be released tomorrow, April 19th. Keep in mind, the PS3 version of the game allows for cross-platform play with PC/Mac versions. To top that, the PS3 version will also include a code to download the game off of Steam onto your computer.

Well, now to the reason you are all here! The results of the giveaway. We thought we would give you more ways to enter the bigger contests like this, and it seems to have gone over well. In total, there were 342 entries, our most to date. A very special thanks to Tosh, for organizing and keeping track of all the entries.

–
And the winners are:

Congrats guys!! Also, be sure to enter our Swam giveaway, and stay tuned to PS3blog.net, as we have another big giveaway starting before the week is up!

Here is the video of Tosh and his wife randomly picking the winners.