Greetings kombatants, and welcome to my review of the latest sequel to Mortal Kombat. I have been playing a lot of this game; I wanted to experience as much as I could and soak up all the bloody goodness before writing this. I took some extensive notes as I played and was very attentive. I will break the review into a variety of sections: General, Gameplay, Story, Online, and so on, so sit back and enjoy an in-depth look into Mortal Kombat. 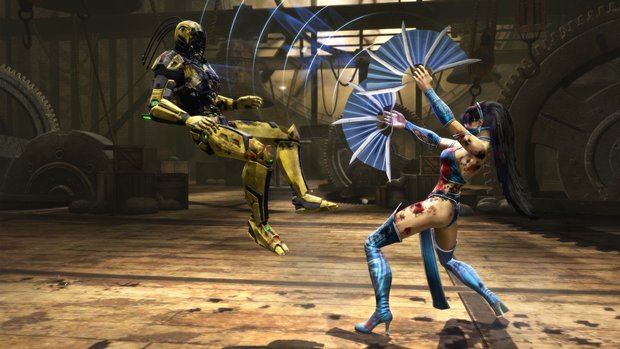 So Lets just start from the beginning. After picking this up day one, I rushed home and practically threw the disc into my PS3. The startup screen features Scorpion and Sub-Zero about to face off. just looking at the title screen got me pumped for this game; the graphics were sharp and quite crisp.

This Mortal Kombat, much like your typical fighting Mortal Kombat game, contains a variety of game types to challenge your skills. You have a general fight menu, which is pretty straightforward, but has some extra goodies. There is a ‘Ladder’ game mode where you pick a character and climb the Mortal Kombat tree of characters, and try to reach the top and dominate your opponents to become the ultimate mortal kombatant. A second variation of the ‘Ladder’ game type is the ‘Tag Ladder’, which is the same as regular ladder but this lets you fight with a friend (or on your own)in a no holds barred tag team match against 2 computer opponents. There are also 4 ‘Test’ game types: luck, might, strength, and strike. Luck has you take a spin on a slot machine, where random rule changes and game modifiers can be applied, such as no ‘Special Moves’, or ‘Special Moves Only’. I tried it, and it was a lot of fun; the random modifiers add a neat twist to the game and rarely do you get the same fight twice. The other variations are pretty straight forward. Might is a classic fighting game mini-game, where you power up a meter to smash the crap out of a stack of something. Sight is just a simple keep your eye on the ball mini-game, which gets a tad ridiculous at times lol, but you better make the right choice…..or else mwahahahahaha….ahem sorry. Then, finally, there is “test your strike”; its a new spin on the test your might mini-game, in this instance you have to get your power meter to stay within a specified zone then strike, its more about being accurate on the meter rather than just smash the crap out of things.

Next on the list is the story mode, but for this particular section we will pass over it, since the story warrants it’s own section so we can talk about it there, so read on kombatant. Further down the list is the challenge tower. Now, I really liked this and played the crap out of it until I got frustrated and had to move online to take my frustrations out on real people :lol:. The challenge tower is a cool idea, where it takes the ladder fight, and tosses in a whole huge mixed bag of goodies….and baddies to make you want to toss your controller out the window. There are test mini-game events and specially modified fights with changed rules and restrictions. You start off with a collection of 6 training stages to help you learn your controls and some of the general moves for the character, then you move on and you never really know what will comes next, so it keeps you on your toes. It’s a fresh game type, which can provide a few hours of great entertainment.

And then lastly, to close out this section is the training section, which does not warrant much of an explanation, other than you can spend your time practicing your kombat skills. There is the option to just practice special moves, or any moves for that matter, on an opponent that never dies. There is also a mode that allows you to master your favorite fatalities on a stunned opponent. The cool thing about this mode is that you can select to practice on a normal timer, which is the exact time the stun lasts in the regular game, as well as an infinite timer, which allows you to practice and master the distance and button commands for the hidden fatalities (as well as regular ones). My only gripe with this is that you cannot practice Babalities; it’s understandable why you can’t. For those who don’t know why, to preform a Babality you must not preform a block in the winning round.

With offline, single player, and co-op, there is quite a lot of varied kontent. I was actually surprised. I wasn’t expecting this much stuff, but there is quite a bit of variety, which adds to the replayability, which is important, especially in times like when this article was written, as the PSN has been down for about a week. I’ve been playing MK pretty steadily throughout the downtime and still have fun. 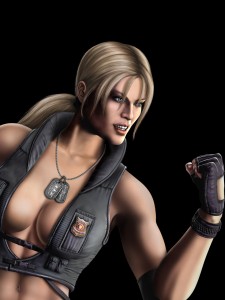 Now, I’m not the kind of guy who likes to spoil storylines for other people, so I’ll just comment on the high and low points of the story, without dropping any major details. Right from the start, I knew the story was going to be unique to say the least; the opening cinematic was dark, gloomy and bloody…typical MK style, but still very sharp and pleasing to the eyes. The story takes off from the 2006 release of MK Armageddon; the opening scene finds most of the kombatants dead, except for one, Raiden, who is fighting Shao Kahn. Raiden is near death and before he is finished, he uses his remaining power to send a message to himself to the past that is three simple words, “He must win!” and with that, the story begins. The story isn’t Hemingway, but for an MK game, it’s not half bad. What I enjoyed about the story was that it wasn’t overly serious; there were a lot of tongue in cheek moments that are hilariously goofy, add in some cliche one liners, and you have the softer side of Mortal Kombat’s story line.

Other than the aforementioned, the story is a pretty serious plot, at times a bit overly serious, but all in all, it’s not unbearable. I found the story to be quite involving; it was no Heavy Rain, but it was pretty good as far as plot lines goes. My biggest gripe with the story was that you don’t stick with just one character. The story arc, through a multitude of characters, often jumps around to the point of confusion, leaving you with a sense of “What is going to happen next?” and not in the good way. It is, however, forgivable and I would rate it to be the better of the MK stories of the series. 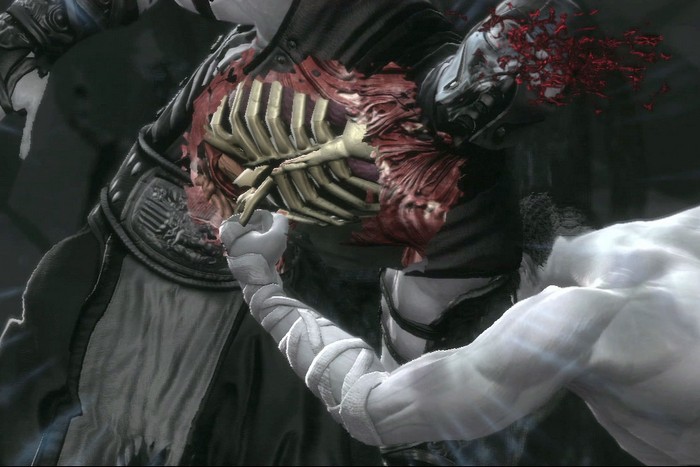 Wow, where do I start? Well, why not get the bad stuff out of the way, since there’s not much bad stuff to go over, so I’ll get the sour taste off my tongue. My first and biggest qualm is the Kombo system; it is really klunky. You enter the sequence of buttons, and if done too fast, it will not execute. Let’s face it, during the heat of the fight, it’s pretty common to hammer them kombos out really fast. I feel that the kombo system could benefit from a patch, adjusting the speeds at which the kombo keypresses may be entered at. The big damage sequences relies on the ‘pop-up’, then to a devastating kombo, which, at most times, is difficult to do at best, even for some seasoned players. Also, just for my sake, I’ve had this gripe since 1992 when MK made its debut on the standup arcade, and that gripe is that Johnny Cage does WAY TOO MANY NUT SHOTS :lol:. But other than, that I didn’t find too much wrong with the gameplay.

The gameplay pros? Well, I’ll only focus on the best of the points, as I’m sure this is running on pretty long as it is. There is a ‘Super bar’ which adds some game make-or-break moments. The Super Bar has 3 stages: breaker, enhanced, and X-Ray. Breaker is the only way you can counter kombos with a brutal counter attack, enhanced turns your special moves up a notch, and finally X-Ray (which I LOVE); an X-Ray attack is a special super combo which has its own cut scene where, if any hit lands in the startup sequence, it will lead into a special cutscene where the screen goes to black and white, and you preform a series of attacks where 2-3 attacks will cut to an X-ray view and reveal crushed and broken bones as they happen. It’s very cool and a pleasure to watch. All in all, it’s hard to find a notable fault in the gameplay, and there are way too many high points to note. Gameplay is just solid!!! 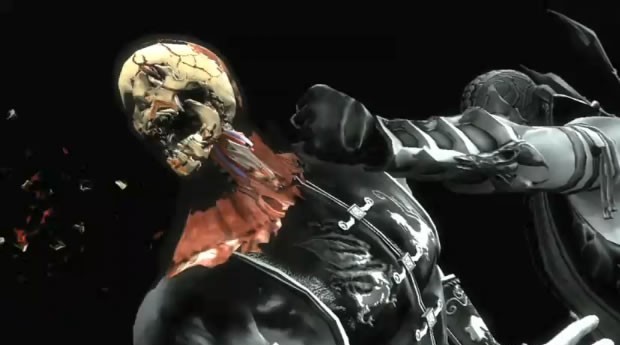 Online is where you go once you have mastered the character of your choice. I don’t recommend it for new players, or players out of practice. It’s a brutal beat-down fest. I’m a pretty accomplished MK player, and still find myself losing a decent amount of matches; there are some real pros out there. Online is pretty straight forward with many of the singleplayer modes translated to online. There is also a king of the hill game mode, which happens to be my favorite mode. It’s pretty straightforward. The room fills up with 8 players; 2 players fight head to head, and the winner is dubbed ‘King of the Hill’, then the remaining players try to dethrone him to become the next king of the hill. At the end of each match, spectators and the losing opponent are prompted to rate the fight, or as the game calls it “Show your respect”.

The points accumulate and are also persistent throughout new games. The cool thing about king of the hill is that you may either watch the matches via fullscreen until it’s your turn, or choose an avatar and watch the match in a movie theatre-style view. think of it as a 3rd person movie. You can preform various actions while watching the match; you can “BOO”, “Dissaprove”, and “Cheer”, as well as a few hidden actions, like my favorite where you throw a tomato at the screen and it splats. There are your typical online goodies, such as leaderboards and rankings; online is pretty crisp and smooth for the most part, a bit of lag here and there, which is to be expected. 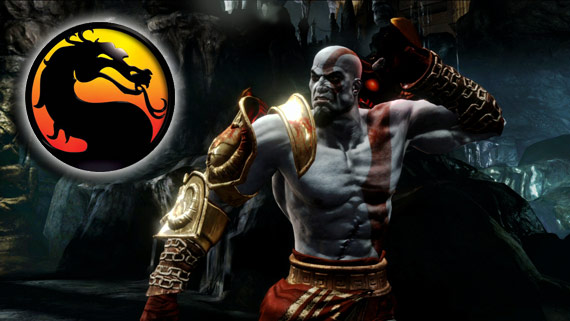 Well that’s about all I can publish to the site; I had to edit the review down due to length. I ended up removing some not so key topics, such as talking about the krypt and the necropolis, the lack of a survival mode, and a few high points, but I think I made my point…I hope. In closing, this Mortal Kombat is definitely the breath of life the series needed, and will set the bar for upcoming fighting games. It is well put together, loaded with content, and with DLC on the way, which will see 2 new characters added, can only get better. Team that up with continuing DLC support, I think that Mortal Kombat will have a renewed vigor, and we can expect to see a new addition to the series within a year or 2.

Thanks for reading, I hope you enjoyed my review of Mortal Kombat.

This review is based on a retail copy of the PS3 version of Mortal Kombat provided by NetherRealm Studios. 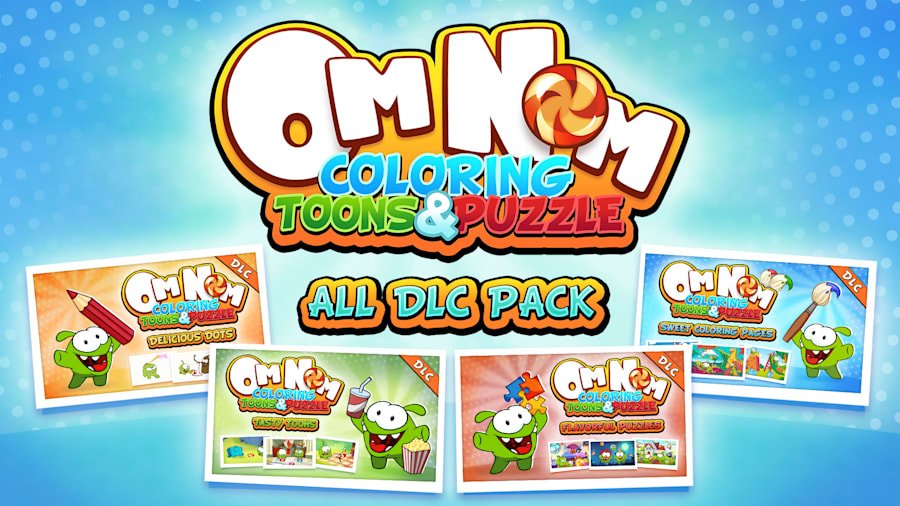