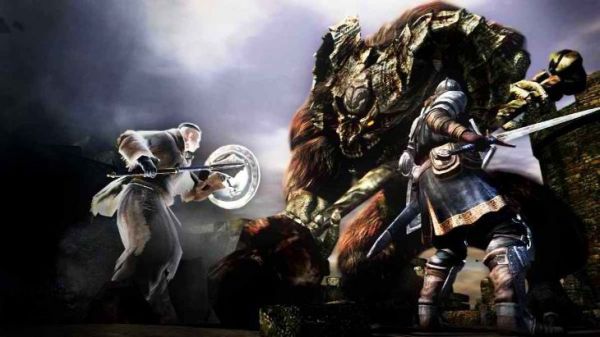 Dark Souls: Demon’s Souls is the most original, engaging, and fun RPG I’ve played in over a decade. I’ve already written a ton about it; it’s the best, and this title is definitely my most anticipated of 2011.

LA Noire: Rockstar, the publisher, has put out some junk, but their core creative team that’s been behind GTA, Manhunt, Bully, and Red Dead Redemption is the best in the industry. Honestly, the LA Noire preview trailers are disappointingly dull coming from a team known for the world’s best trailers. Last year’s Red Dead didn’t win me over on simple reputation, that game was just amazing and one of a kind in so many ways. I expect something similar with LA Noire. 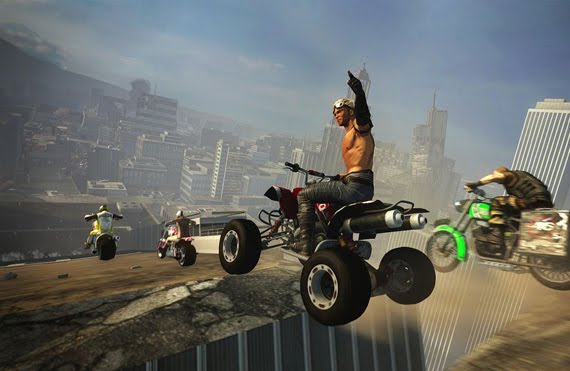 Motorstorm Apocalypse: I’ve never really loved a racing game, until I played Motorstorm Pacific Rift. The art, the tracks, the jumps, the unique racing surfaces, the multiple paths, the diverse vehicle classes (not a zillion samey cars with stat tweaks): this game just gels into the ultimate racer. This new title looks like it will raise the bar even further.

Infamous 2: Most single player action games fall into two camps. They are either excessively linear and overly guided and scripted. Or they try to be non-linear and end up feeling randomly generated, boring, and generic. The first Infamous did the best at avoiding these two problems. The missions were interesting and had clear goals but still offered plenty of flexibility in how you achieved them. The range of player movement abilities is another dimension you don’t get in your typical shooter. I will still pick GTA 4 or Red Dead for the best dialog, characters, and intricate world detail. But Infamous is the best for pure action fun: open world or not. It looks like the sequel is packed with amazing ideas. The user generated content looks excellent.

Uncharted 3: Uncharted 1 + 2, had very generic game structures, but just dazzled with such unexpected levels of polish and quality to everything. Naughty Dog seems like they are on a roll and ready to surpass those high expectations yet again.

Ratchet & Clank – All Four One: If you play games with kids, this really looks like the perfect local co-op game. Actually LBP 2 might be the perfect family co-op game, but this is the next contender.

Resistance 3: I wanted this sequel to focus exclusively on the MMO-style co-op mode from R2, but honestly, I don’t know how well that would have worked. The co-op in R2 was amazingly fun but only for the first ten hours or so before it wore out. Most MMOs seem to fall into that trap where they have that initial excitement and wear out quickly. Nevertheless, I watched a ton of people play R3 at SXSW and it looked excellent. I’m losing interest in traditional campaign/multiplayer shooters, which this game obviously is, however, it seems they have enough polish and unique twists and enhancements to make this a ton of fun.

Patapon 3: OK, this isn’t a PS3 game, and this is already released, but I LOVED Patapon 2 and can’t wait to play this sequel. Unfortunately, my PSP was stolen, and I don’t want to buy a new PSP in 2011 for just this one game, but I’m holding on to hope that this unique gem will come to PS3, NGP, or Android.

A Gamer’s Success Can be Predicted by Measuring Certain Parts of the Brain... January 21, 2010 | Eddie