How Gaming Made Us Impatient 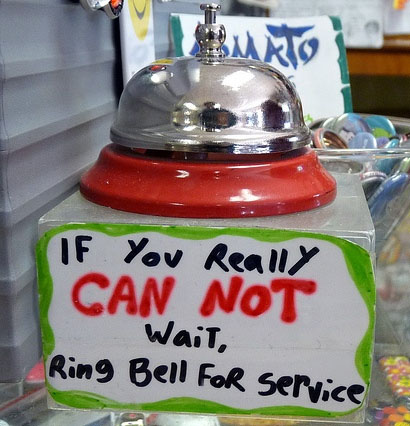 First of all, let me start by apologizing for the timing of this post. I have been working on it for about two weeks, but I hadn’t had the time to finish it. Sorry. Now that’s out of the way, let’s get down to business.

This is one thing I reflected on after the whole PSN fiasco and I decided to share it with everyone in order to get different points of view on the subject.

To start, let’s go back couple weeks. I was traveling for Easter, so imagine my surprise when I got back home and saw PSN wasn’t working and, on top of that, the major outburst of reactions from all around. I was baffled by the way people we’re infuriated about a couple days with no online services and no decent excuse for that.

That’s when all this started. People were so impatient they were demanding (this is one of the keywords in this text) explanations after just a couple hours after the shortage of services. Everyone seemed so certain about how much they deserved it; I was truly shocked. I can honestly say that even when my boss asks me for something, he does not feel so righteous about it. I felt like everyone thought they were a major shareholder of Sony and demanded an explanation ASAP because their precious money was about to go down the drain.

After that came Blackstaffer’s post, and he nailed it. I felt exactly like him; why all these people felt like they were entitled to so much, when nothing was ever promised to them? Personally, I believe it has everything to do with the fact we are all gamers. Why is that? In my humble opinion, this is why:

When playing any game, we might not know what’s going to happen, we might not know why we need to do something, hell, we even kill “people” just for fun, but one thing is certain: every action has a reaction, and that reaction, generally, is a reward. I know this is basic physics, but bear with me. When you’re playing a RPG, for example, you know that if you kill a monster, you’ll be rewarded with experience, and with enough experience you’ll level up. That is the basic premise for the point I’m trying to make. I’ll explain further.

Any genre has a different kind of reward. If you’re playing a Sim, you know investments create more profits and more profits will get you new investments and so on. If you’re a shooter kind of person, you know killing your enemies with extreme accuracy online will skyrocket you through the leaderboards. I could go on forever and mention examples from every genre of video games known to man, but you guys get my point right?

Anyway, that’s all very established in gaming, but it’s far from true in “the real world”. It doesn’t matter how hard we work, everyone is susceptible to failure. In gaming, failure usually comes with a “game over” screen, but you just have to hit that reload button and you’re good. Unfortunately, real life is not so simple. As you all know, any company could go bankrupt and you’ll be out of a job; that new investment you just made in your business had no effect whatsoever, those new cloths you bought sure look fancy and all, but chicks still think you’re ugly, you don’t get extra intelligence points for wearing glasses and all that stuff, etc. I know, real life sucks, but hey, that’s life, right (pun intended)?

Basically, I think games made us impatient, because we’re always expecting immediate return for anything we do. Why can’t I become rich if I invested all my money? Why is that I don’t look so skinny if I go to the gym daily for two months now? I’ll bet everyone has asked themselves similar questions, and we can all blame gaming for it. Well, we can, but that certainly is a lame excuse. There’s no easy level up, but that’s what makes life interesting; uncertain rewards always feel a lot more satisfying, and we should always keep that in mind.

So, what do you guys think? Could video games have spoiled us even further?

To all lazy trolls out there: I hate your guts, please, before you troll, read the entire piece, but since I know you won’t, here’s how it goes: You are lazy and overly impatient because you’re used to getting immediate reward for anything you do when playing. However, that doesn’t mean you can blame it on the video games, that’s also lazy.