It’s been a while since I’ve written an article/rant for a while and I’ve kept quiet for some time now about the whole Playstation fiasco – until now. Read on…

April 22, 2011 â€“ Nine of ten compromised servers are mirrored by Sony and security firms. Sony Computer Entertainment America (SCEA) general counsel provides FBI with information about the intrusion. A meeting with the FBI is scheduled for Wednesday, April 27th, 2011. 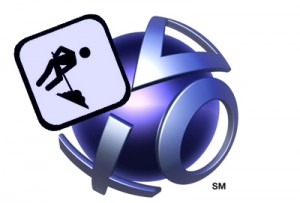 Now two things come to mind when reading that timeline:

1. Â Fifteen days is a really long time for any conglomerate like Sony to take a hit and stay down as long as it has.

2. That entire timeline was “borrowed” from Kotaku.Com, mostly because I’m too lazy to write anything that in-depth.

–
But seriously folks…when was the last time something like this happened? Some time ago would be the correct answer. And what’s more, when it did happen, it wasn’t for very long. And it certainly wasn’t at the hands of some diabolical hacker group that has nothing else better to do than to ruin everyone else’s fun. Now, I’m quite positive that a little light googling would produce a better and more than accurate answer for the ‘net nerds, but let’s remember folks – laziness wins that round.

I’ve personally had my PS3 since day one. I’ve bought controllers, then upgraded to the dualshocks. Then, my fat boy 80gb konked out and then I upgraded to the slim model (see one of my older articles for that story) and was able to get my 80gb repaired. Now it’s enjoying the leisurely life in office for some occasional Netflixin’ at the request of Mrs. FooBear. She enjoys it and has been known to rock the cotton candy pink dualshock on occasion.Â

My point is this loyal reader: how many countless hours upon hours of quality entertainment and next level online gaming has your PS3 provided you?Â

And let’s not forget – all at a cost of ZERO dollars to you, friend-o. I get it though, you pay for a product and you’d like it to perform the way it’s supposed to. And at the end of the day, you’d like to go online and knife some dude in the back who’s been camping all day on the “Berlin Wall” map for COD…but you can’t. It’s out of your control. The best thing you can hope for is yet – another vaguely worded “update” considering the future of the bigger, badder, faster, stronger PlayStation Network.

And let’s get down to brass tacks already, OK? To all the whiners out there…knock it off. Stop it already, please? PlayStation will announce the restoration of the PSN Network when they’re good and ready. In the meantime, do what I’ve done and do work on single player campaigns on the games you’ve never even attempted single player on because you hop right online and go nuts. It’s true – search your feelings. Or you could tackle that taunting jigsaw puzzle of the Grand Canyon that’s spread out on your kitchen table that’s waiting for you.

Oh – you’ve lost a piece have you now? Well, looks like it’s time to send out a search and rescue team. But little do you know, it’s too late and the piece has been eaten by a little white ball of evil known to world as “Figby” and later will be regurgitated into a nice pile of rancid puke on your grandmothers living room carpet.Â

Sorry. Where was I? Oh yeah. Activities… my fearless gaming friend, are the spice of life. So go outside and ride a bike or do something productive. Any type of sunlight for some of you hardcore gamers is highly recommended. Community service is always a great way to give back and utilize your time in a productive. Keep in mind, that I would probably do none of these, but just the same, I would find something to occupy my time. Plus, I have Mrs. FooBear to irritate and entertain me. Not in that order of course, but the point being is that I have someone.

In closing, we as a gaming community, have been through a heapload of horsesh*t and nothing would make me happier than to curl up on the couch and do work on some SOCOM 4, especially online portions of that fantastic game. Sadly, I can’t. There’s good news and bad news, though. The good news is this will be all over soon and we’ll be able to yell and curse at complete strangers and instantly feel better about ourselves. The bad news? You may have endure for a little while longer and actually develop some sort of skill set that you didn’t even know you were capable of. Just remember, the night is always darkest before the dawn. And yes, that’s from Batman.Â

NGP Could Hit This Year Outside of Japan!!!