MW3 to be Featured in Next Months OPM!? 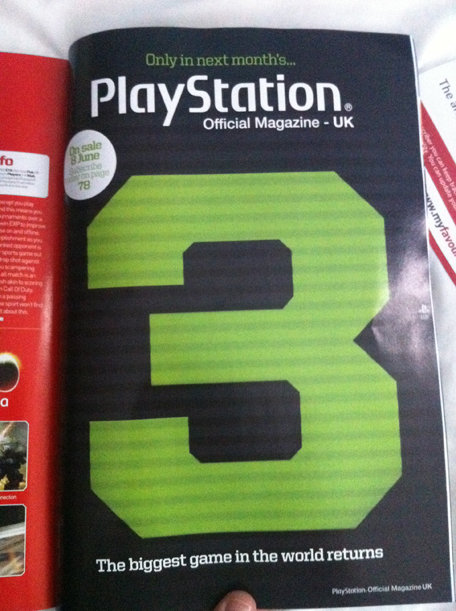 The biggest game in the world returns soon. At least thatâ€™s the message in the most recent issue of The Official PlayStation Magazine. In a teaser for its July issue, the magazine illustrates a huge â€œ3â€³, hinting at none other than Modern Warfare 3. We all knew it was coming, right? It also seems very close to E3, so, I wouldn’t be surprised if we get a boat load of info during E3(June 7th-9th).

â€œI did Call of Duty: Modern Warfare as Gaz and then I did Ghost in Modern Warfare 2, which has become one of the more iconic figures in the history of computer games, which is great,â€ Fairbrass said during a radio interview.

The Dead Block Shall Soon Rise from the Dead!