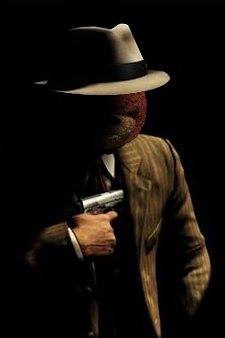 Once again loyal minions, time for another enthralling FooBear408 article. I’d like to think I’m the resident Andy Rooney around these parts…maybe just not as old and certainly not as grouchy. Definitely more handsome, and with the stockpile of jokes – I’m a pretty safe bet. Fortunately, for me – I have Mrs. FooBear, so I’m taken. I’ve alsoÂ written on subjects including, but not limited to, my infatuation for my fat boy model 80gb to the current hot topic that’s lighting up the message boards today: the great PSN fiasco.

Don’t fret – this isn’t another one of those articles.

I’ve been doing some serious thinking about the state of gaming lately. Actually on some titles coming out, some types that are already out, and ones that right on the cusp of coming out. One of these titles, “L.A Noire”, for instance has got me hook, line, and sinker. I think the reason why this game has its meat hooks into me is because it’s original. It’s never been done before. I recognize that, and want to be part of it, so I can go on the message boards and shout from the rooftops about how much I want to be its baby’s daddy and/or completely blast it anonymously and tell everyone how much it stinks.

I don’t think that’ll be the case, though. Tell me I’m wrong.

You know another game that was completely original? Red Dead Redemption, and that was unlike anything ever made – ever. Â How many awards did that game get? The soundtrack alone was phenomenal and the amount of work that went into it, was nothing short, if not equivocal to, a freaking space shuttle launch. I discovered the Swedish band “JUNIP” thanks to that game and have become (in my mind) good pals with the band and make an effort to see them live every time they come to the bay area.

I bought every DLC pack, obtained every pre order bonus, and I even bought the limited edition double red vinyl of the soundtrack that they put up for sale. Coincidence that both of these fore-mentioned games are put out by a top notch publisher, Rockstar? I would say not, fearless reader. I think the mindset that Rockstar has adopted, the “put the gamer first” mentality certainly shows in everything they touch, and the effort that is displayed with every title.

I think this alone is the main reason why I have my tractor beam locked and loaded on a day one purchase of what’s sure to be a must have – “L.A. Noire”. I can’t help but feel a certain loyalty to company that makes me really get into a game like the gang at Rockstar does. Let’s be honest, we ALL felt something at the end of Red Dead Redemption, and felt for our rough-around-the-edges protagonist Mr. Marston. I know i certainly did, and I would like to feel that way again. And not just from Rockstar, from every development company that assumes that they can just toss us a special edition version of a game and include a shiny gold weapon if you preorder and plop down $60+ dollars on their game.

I’m invested into a game every time I open up my wallet and buy a PS3 game. I don’t want to be left high and dry on a game immediately after I buy one, either. Don’t wine and dine me and then never call me again, but I know that I’m just a material girl living in a material world – so I’ve come to terms with it. 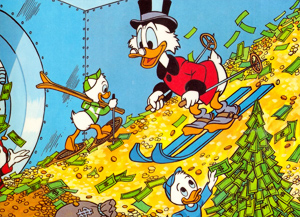 I suppose what I’m trying to say is that it would be nice to see at least one original title from every development company and not the same re-hashed crap that comes out year after year, just because it makes a boatload of cash. I’m sure the cash is nice and we all want to swim in a money vault like Scrooge McDuck, but doesn’t the respect you earn and the awards and merits you receive for having that original idea and implementing it, far outweigh anything in the monetary realm could possibly offer you? I would think so…of course there have been rare instances where I have been wrong about a couple of things.

Do you (Your Name Here) take the PlayStation as your lawfully…

Microsoft Bought Skype for 8.5 Billion Dollars. What Does that Mean for PSP/NGP?