(All screenshots were taken by me using the in-game screenshot feature. Full gallery here) 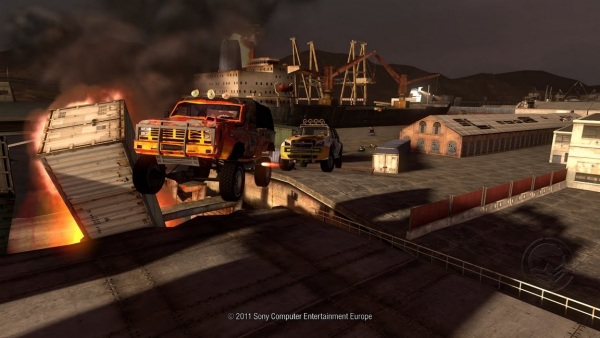 In one sentence: The best arcade racing game. 🙂

Compared with Split/Second: Split/Second was a recent arcade racer with the same exploding city theme. That was a great game, but MotorStorm Apocalypse is better; it simply has more creative tracks and racing.

What makes the MotorStorm series great: Intensely creative tracks are the cornerstone of the series. Diverse racing surfaces (rock, sand, dirt, grass, asphalt, water) that feel and behave like you’d expect. The vehicle classes (motorcycles, ATVs, buggies, big rigs, etc) each give the player a distinctly different race experience and aren’t just stat tweaks. This game keeps all of that and adds more… 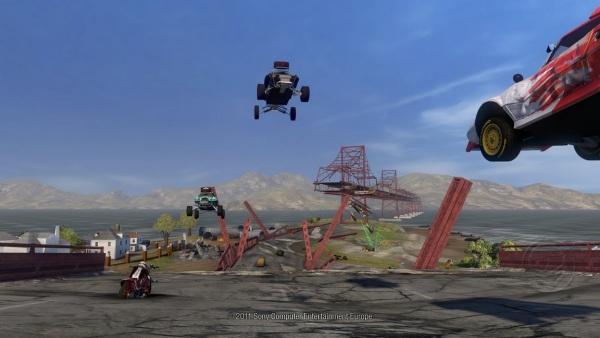 What does Apocalypse Change? 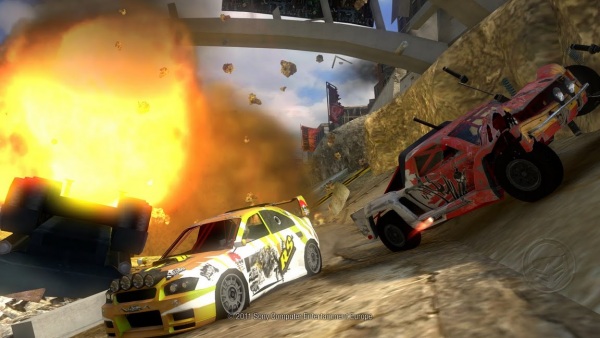 In my opinion, nothing has topped the MotorStorm series in providing amazing, creative racing fun. This improves the formula and pushes the racing genre farther than it’s been taken before.