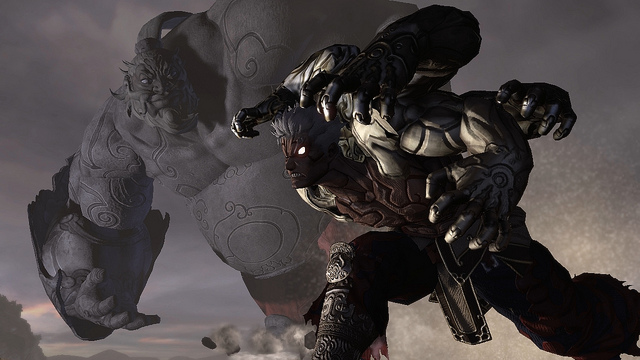 Asura’s Wrath is God of War and Shadow of the Colossus wrapped all into one. This is high up my list of games to get and in a good turn of events, this is now being labeled a 2012 release. I say take all the time you need to polish this bad boy. Seiji Shimoda, the director, knows this game is being mentioned as God of War like and he took the time to answer how far the similarities run in Asura’s Wrath.

First of all Iâ€™m honored for Asuraâ€™s Wrath to be mentioned in the same breath as God of War â€“ I have played it and itâ€™s an incredible game. Superficially, there are some resemblances but weâ€™re hoping that, as you see more of Asuraâ€™s Wrath, youâ€™re going feel that itâ€™s something completely different; that it doesnâ€™t really compare with anything else in action gaming.
–
This fight shown today occurs at the beginning of the game and he is actually one of the weaker bosses. The boss fights arenâ€™t all going to be on this scaleâ€¦ well, the scale may be grander but thatâ€™s not to say the bosses have to be bigger, if that makes sense; some will be quicker or simply better fighters. Weâ€™re striving to use bosses to heighten the drama of the story, not just use them as an action set-piece at the end of a level. 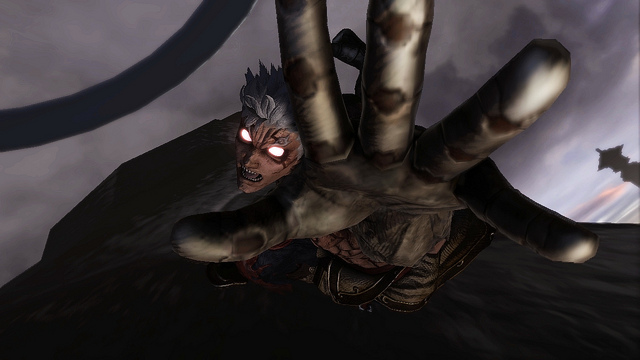 Weâ€™ve tried to make the camera feel part of the game, not just a lens to view it though, so that the action and the drama feel grander, if you will. So to take todayâ€™s example, weâ€™ve placed the camera in a position that makes the boss seem huge. In the fighting sequences, you want the camera really close up so that each punch is at its most visceral. We keep going through this internal self-critique over camera placement and youâ€™re going to see that itâ€™s not there for the sake of being there, but it almost feels like another character.

You will have the option to chose from Japanese or English voice overs, which is always a welcome addition to games like these. Expect to get it in your hands some time in 2012.