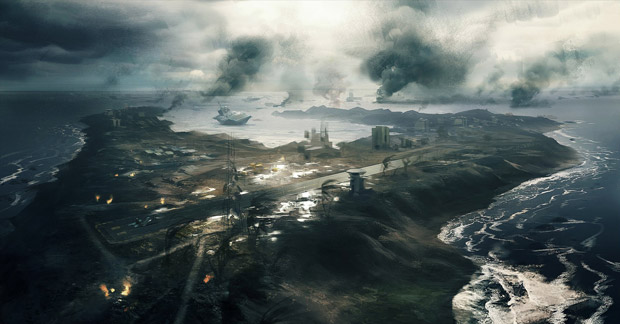 For anyone who has been a Battlefield fan since the beginning (such as myself), you know that Wake Island, a small atoll in the Pacific Ocean, is one of the most popular and recognizable maps in the franchise (in fact, before Battlefield 1942 released, a demo of the game was available, which featured none other than Wake Island, and was, exactly, what got me to pick the game up from retail). The island has been featured in Battlefield 1942, BF2, 2142, 1943, and now Battlefield 3.

From the looks of the image above, this re-imagining gives an eerie feel for the map, as if a major battle had recently taken place, with the entire island almost completely devoid of life (both plant and animal). This is obviously going to be one of the best looking titles to date. Wake Island will be part of the “Back to Karkand” map pack (which comes with your pre-order and includes 3 other re-imagined maps). 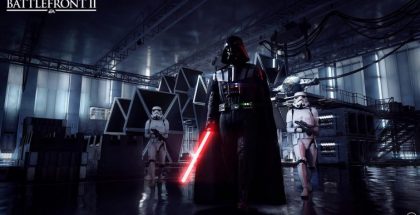