Back to the Future The GameFeaturedGame Reviews
4 Comments

Back To The Future Episode 2 Review 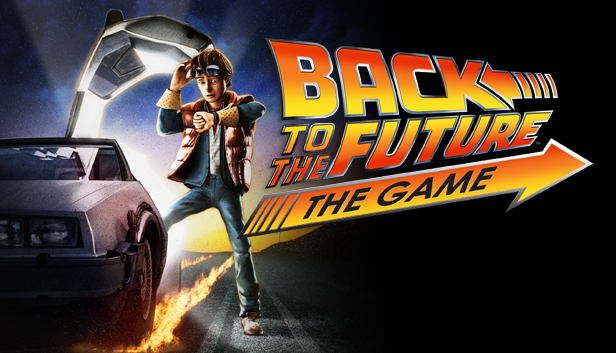 Welcome back! Or did you just get here? Mmm, I could have sworn you were here 10 minutes ago… didn’t you take Einstein for a walk? Anyway, please start over here so we can get back to work. The space time continuity is at stake!

It’s hard to review Back to the Future:The Game without making this a huge spoiler post since I can’t make sure you’ve all played episode 1 (which you should since you can get it for free on PC legally from Telltale themselves to get a taste of the series). Ok, here it goes: the things Marty did in Episode 1 have altered the timeline, which has now become compromised, and he and Doc must return to the past and try to fix everything before it’s too late. Vague enough for you?

If not, here’s a spoilerrific description of episode 2:

[spoiler intro=”Short but sweet!”]
After giving his grandfather a subpoena to testify against Kid Tannen, Marty returns to 1980 and realizes that the timeline has been greatly changed thanks to the Tannen crime family rising to power unopposed for decades… and Marty is at a huge risk of being erased from existence! It’s up to him and Doc to go back in time and make sure that his grandfather is safe and Kid Tannen is brought to justice for there to be a tomorrow for the Mcfly!
[/spoiler]

And to top that off, a spoiler protected trailer:

Since you’ve already read the Episode 1 review (you DID follow that link, right?), we can get on with the show, and oh what a show it is!

This is a very, very fun game. I love point and click adventure games and to prepare me for this review I played all five episodes of Tales of Monkey Island as well as Episode 1 of Back to the Future on PS3 during a 2 week marathon… even if I had already played Ep. 1-3 of Monkey Island (own the Collector’s Edition) and Ep. 1 of Back to the Future on the PC (buy them multiple times to support Telltale so they can get more licenses and we get more games!).

Seeing Young Doc interact with Marty and then have him interact with Doc right after that is very interesting since you can see how many of his traits as an adult had already developed at such a very young age… even if his father had other plans for poor Emmet. 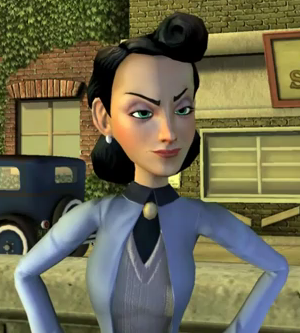 Edna Strickland is a great character presented to us in the Back to The Future Episodes since she helps move the story along while bringing something new to the table. She fits right in with what was going on back in 1931 (she’s pro-prohibition which means booze is a huge no-no on her book) and she talks the talk and walks the walk. The fact that she’s related to Gerald Strickland is even better and it allows us to see how much care and effort has been placed into this new take on the Back to the Future universe.

Writing is spot-on and everything feels just right. Really makes you wonder what would have happened if we had gotten a 4th movie in the franchise.. maybe in 10 years CGI can deliver it to us with the original actors providing voice-overs? Just look at what Tron: Legacy was able to do for Bridges and tell me it’s not possible.

Telltale has definitely gotten better at this since all the puzzles and their solutions instantly make a lot of sense. Having this be set on the Back to the Future universe also helps since a crazy universe makes for a crazy, but fun-fun game (hellooooooo Sam and Max!).

Episode 2 is about 2 to 3 hours long but we’re used to it by now since it’s an episode that is part of a larger story arc and playing it one episode at a time allows us to really appreciate each installment since smaller bursts of entertainment are always more fun (right? Let me know if you favor longer game sessions or shorter ones of about 20-40 minutes at a time).

Being a fan of the franchise isn’t a requirement but it reaaaaally adds value to your purchase since knowing the ins and outs (well, just the ins might be enough) of the movies will help in bringing a smile to your face at every turn thanks to the great care that was taken to provide such a special experience.

Buy the Trilogy, now on Bluray!

Just a reminder. Only way to get this on PS3 is to buy a season pass which gets you the already available episodes and then you’ll be notified of when the others are available at the PSN Store just for you (and for everyone else that also bought a season pass. Making a game for one person is not economically viable).

[review pros=”Point and click brought to a console environment again… and we want more!
Great artstyle” cons=”Episode means we have to wait for the next one to be completed and I want to play them all NOW” score=90]

Buy a Season Pass for Back to The Future: The Game!

– Game was completed before writing this review.
– Total amount of time played: 3 hours.
– This review is based on a retail copy of the PS3 version of Back To The Future Episode 2 provided by Telltale Games.