White Knight Chronicles was an excellent RPG with an amazing Multiplayer component. The village mode in the first one was so simple and yet so very deep. Did you miss the first installment? Don’t worry, as part 2 and 1 ship on the same Blu-ray disc! The Sony Blog sat down with the director Yoshiaki Kusuda to get the details behind this excellent series. 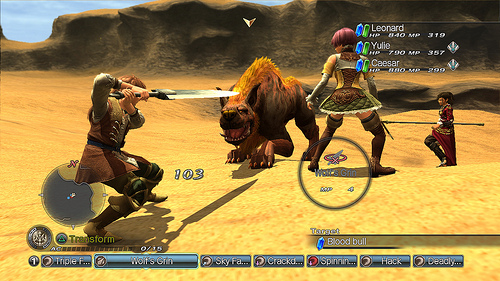 Tell us about the story in White Knight Chronicles II

–
The game takes place one year after the events of the original White Knight Chronicles. A year after the return of the Yshrenian Empire, Leonard and his companions come back together to protect the Kingdom of Balandor, the Archduchy of Faria and the Free City of Greede from the Yshrenian Empire, and end up having to save the entire world.
–
Two new characters will also play key parts in the story: Miu, the daughter of Archduke Dalam; and the mysterious Scardigne. There is civil unrest in the Archduchy of Faria, with one faction trying to protect Miu and another militant faction trying to spark a revolution. Scardigne belongs to the former, but youâ€™ll need to play the actual game to fully understand the role he takes in the story.
–
White Knight Chronicles II will bring a satisfying conclusion to the conflict between Yshrenia and the other powers, and to the stories of Grazel, Leonard, and Princess Cisna.
–
What influenced the original White Knight Chronicles?
–
We wanted it to be a sort of majestic fantasy, with heroic elements that would appeal to RPG fans. In the original White Knight Chronicles you saved a princess, and in the sequel you have to save the whole world.
–
Along the way, players will transform into a Knight to do battle with gigantic enemies, and there may even be a little love story in amongst all of the fighting. During their adventures, the players will gradually solve mysteries such as the origin of the Knights and the effects they have on the world. I think the game will help both children and adults remember some things that we tend to forget in our modern lives. 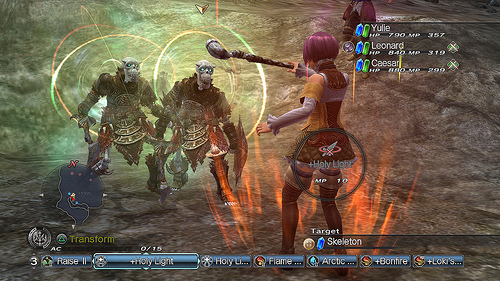 What gameplay improvements have been made to the sequel?

–
We made a number of changes to improve the gameâ€™s pacing, such as better response time in battles and having gauges fill up while a special move is being performed, which allows you to transition to the next move more quickly. However, just doing that would turn the game into a mindless button masher, so we also added elements where the player has to attack his opponent just at the right time. This adds element of strategy has slightly increased the difficulty of battles.
–
For example, since you can now guard whenever you want, you can avoid getting stunned when an enemy makes a powerful attack by guarding at just the right time. Or, you might use an area-of-effect attack the instant an enemy summons a group of smaller enemies. Strategy is definitely more important in this game.
–
Why did you decide to include the original game with its sequel on the same Blu-ray Disc?
–
When we were creating White Knight Chronicles II, the first thing we thought about was what form the product would take. A sequel would usually be sold as a separate package that you could buy on its own and play without the original game if you wanted. However, in the case of a game like White Knight Chronicle,s you also have the online gaming side which means itâ€™s difficult to keep the sequel completely separate from the original. We considered a number of possibilities, like making an expansion that would require the original game.
–
But that would limit our audience to people who had purchased the first game and wanted to play more. The number of PS3 owners has increased since the first White Knight Chronicles was released, which gives us a chance to attract new players, so we decided that including the original game on the disc was the best solution. 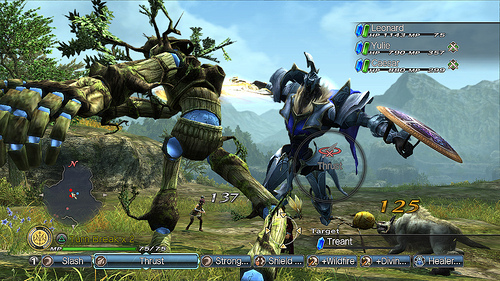 Will there be more WKC games in the future?
–
White Knight Chronicles II concludes the story started in the first game, so for the moment we donâ€™t have any plans for more games in the series. However, we will be releasing additional quests in the form of downloadable content. And you never know. If thereâ€™s strong support for another sequelâ€¦
–
What is your favourite RPG?
–
Tactics Ogre. Itâ€™s a fairly old game now but the story and game world were fantastic. Itâ€™s one of those games that I could just sit back and enjoy.

This is looking like the best RPG deal on PS3 yet. Here’s a Gameplay trailer for those of you who are not familiar with the series.