Sony has just announced another acessory to add to your growing collection of colored Dual Shock’s and wireless head sets. A New Official Wireless Stereo Headset for you PS3 will retail for $99.99. 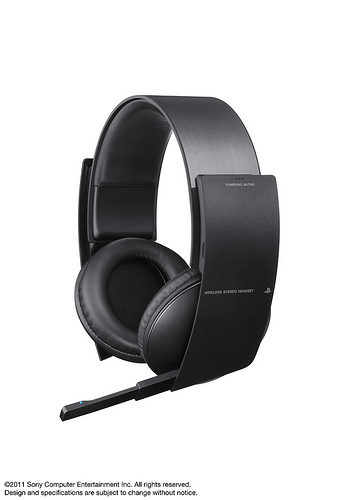 Sony had this to say about adding the product to its current acessory line:

The official PS3 Wireless Stereo Headset will be available for $99.99 (MSRP) at retailers nationwide this September. Many more of your favorite franchises, such as Killzone and Gran Turismo, were also designed for surround sound audio. Featuring 7.1 virtual surround sound, the Wireless Stereo Headset lets you hear all the minor in-game audio clues clearly, whether you are in a firefight in a first-person shooter game or racing for the checkered flag.

Designed with comfort in mind for hours of gameplay, itâ€™s the perfect addition to your PlayStation experience. Connecting the Wireless Stereo Headset with PS3 is made easy with the included USB Wireless Adapter. Precise volume controls and accessible microphone mute make it so you never have to interrupt gameplay to fumble for buttons. You can easily stay informed about battery status, sound controls, etc. with on-screen headset status updates. On top of that, the Wireless Stereo Headset also offers the highest quality voice chat for crystal clear online conversations. The mic is retractable so you can put it away if you just want to listen to music or play a single player game.

So what do you think? With all the options out there is this something you will be picking up?