[tab:SmartAR Information]Sony recently revealed their new augmented reality software, called SmartAR, about a week ago, but we haven’t reported on it yet (in fact, I had no idea it existed until today). Basically, it is capable of utilizing the device camera to render objects bigger than the screen (or even outside of its current view) without the use of markers. What’s really amazing is how fast it is able to track objects in a 3D space as well.

If you watch the video included, you can see how fast it is able to track, and even how it will remember where it rendered particular objects in a room. It was pretty insane and I think it would be something the NGP could really utilize and feel right at home with. Further into the video, it will even memorize pictures/posters, and allow you to flip through them with a motion of your finger, becoming a pretty nifty idea for a user interface.

Currently, the press release has only stated it’s use towards smartphones, but that does not, in any way, mean that this won’t be heading to the NGP as well, since it would definitely have a better appeal towards mobile gaming as a whole. If anything, this is probably the most advanced AR technology available to regular consumers at least.

â€‚Sony has developed integrated â€˜Augmented Reality (hereafter referred to as â€˜ARâ€™) technologyâ€™ called as â€œSmart AR.â€ When capturing visuals through a camera on a device such as a smartphone, the technology enables additional information to be displayed on the deviceâ€™s screens such as virtual objects, or images and texts that cannot be identified by visual perception alone. The technology employs the markerless approach, forgoing any requirement for special markers such as 2D barcodes. The object captured by the camera is quickly recognized and can be tracked at high-speed along with the movement of the camera, as it is displayed over the actual 3D space.

â€‚â€‚AR technology has recently been the subject of much interest, and is being used in a variety of applications such as advertisements, promotions, games, and information searches. Sony began researching AR in 1994 with two-dimensional barcodes recognition (marker approach), and in 1998, it developed VAIO â€œPCG-C1â€ personal computers equipped with software which automatically recognized â€˜CyberCode*2.â€™

â€‚â€‚â€œSmartARâ€ technology combines â€˜object recognition technologyâ€™ (markerless approach in which no special markers are required) for recognition of general objects such as photographs and posters with Sonyâ€™s own proprietary â€˜3D space recognition technology,â€™ which has been fostered through the research of robots such as â€œAIBOâ€ and â€œQRIO.â€ With â€œSmartARâ€ technology objects can be recognized and tracked at high-speed. In addition to displaying virtual objects or additional image or text information (hereafter, â€˜AR informationâ€™), the technology also facilitates the expression of AR information over an extended space, thus producing a dynamic, large-scale AR experience.

â€‚â€‚Furthermore, information can be acquired or navigated by simply touching the AR information directly on the screen of the smartphone or other device, thus achieving an intuitive and seamless user interface that is unique to â€œSmartAR.â€

â€‚â€‚Sony will continue to experiment with â€œSmartARâ€ technology with the aim to add new value for various services and business applications such as advertising and games.

â€‚â€‚AR information can be displayed on the captured image which appears on a deviceâ€™s screen, including those images that do not have any special markers for AR. This technology is also compatible with image recognition technologies that use conventional markers (such as â€œCyberCode*2â€). Because â€œSmartARâ€ can recognize everyday objects such as posters and menus, it has the potential for a wide variety of applications.

â€‚â€‚â€œSmartARâ€ object recognition technology identifies objects by analyzing features detected from a portion of the image (hereafter, â€˜local featuresâ€™) together with their positional relationship. Our feature matching technology that employs a proprietary probabilistic method that matches local features with minimal calculations enables high-speed recognition that is resistant to changes in lighting or the position of the object. In addition, recognition is still possible even if the object captured appears to be comparatively small in the display.

â€‚â€‚Sony achieved its natural-feeling â€˜rapid & accurateâ€™ AR by quickly displaying AR information on the screen and then tracking the cameraâ€™s movements at high-speed. This has been realized by combining object recognition technology with our proprietary matching technology that uses features detected from a portion of the image (â€˜local featuresâ€™) and image tracking technology that is capable of dealing with changes in the shape of the object.

â€‚â€‚With our dynamic, large-scale AR, virtual objects can be merged with 3D structures detected in the physical world. For example, even if the AR image is a gigantic virtual character whose size exceeds the dimensions of the deviceâ€™s screen, the technology allows the user to grasp the entirety of the virtual character when the camera is moved around. Furthermore, it is also possible to move the virtual object in the actual 3D space as if it were really there.

â€‚â€‚Information can be intuitively acquired and navigated by directly touching the AR information displayed on the smartphone or deviceâ€™s screen. The distinctiveness of â€œSmartARâ€ technology comes from the user interface which enables users to naturally use and operate additional information and virtual objects.

*2. CyberCode is a two-dimensional barcode (marker) for enabling AR applications.

â€‚â€‚â€‚CyberCode is a registered trademark of Sony Corporation and is a technology that was developed by Sony Computer Science Laboratories, Inc.

* VAIO is a registered trademark of Sony Corporation. [tab:END]

inFamous 2 for $20 With Game Trade In at Gamestop

PlayStation Store to be fully restored this week.

[Beyond PlayStation] Ginger: Beyond the Crystal Review... January 9, 2018 | Tracey 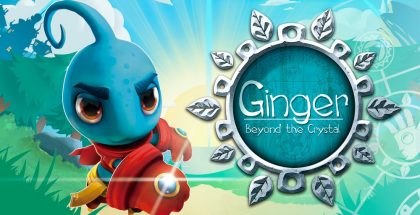