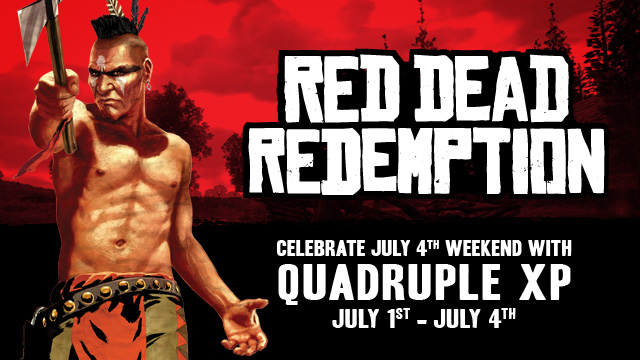 “In honor of America’s birthday and in keeping with its celebratory traditions of spectacle and excess, we’re unleashing the first instance of Red Dead Redemption 4XP for multiplayers all around the world on both PS3 and Xbox 360 this July 4th Weekend.

Beginning by 12:01AM Eastern this Friday July 1st and running until 11:59 PM Eastern on Monday July 4th, all online multiplayer modes including Free Roam and Undead Overrun in Undead Nightmare will earn you quadruple the experience points during this extended holiday weekend.”

RAGE Behind the Scenes: The Legacy of id 1 of 6