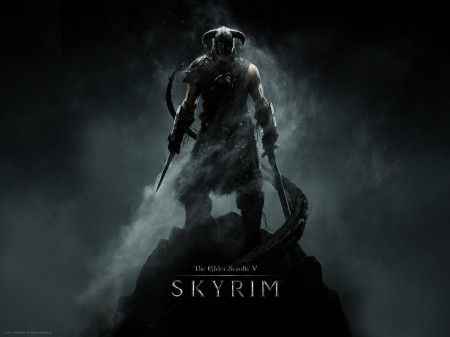 Some of you may know the Elder Scrolls series is a first person roleplaying game that, so far, contains 4 games. Elder Scrolls: Arena, Daggerfall, Morrowind, and Oblivion. For all of us people who love the Elder Scrolls, we jumped with joy at the announcement of the 5th game, Skyrim, and all the new features it’s going to bring!

During this year’s E3, Bethesda Softworks told us that Skyrim was going to be released 11/11/11. Weird date they picked, but they they showed us what the game would look like and how it played, and I was about to die from the way the new game has evolved from the previous titles of the series. I am in shock by the way they game graphics, attack system, and general movement animations have shot up since Oblivion.

As you can see, the textures of the new skins look amazing. Mostly because they decided to use a new engine for the game. And it doesn’t only affect your character and the other NPC’s. It affects the whole game. Caves, animals, grass, plants; everything in the game has been improved just for this release. Plus, there are going to be 7 major regions of the game to explore, including snowy mountains, forests, tundras, and more!

Next thing I wanted to talk about was the combat system. They completely overhauled the system. Now, instead of being stuck with using a one handed sword and shield, or just a sword, they have added dual wielding into this game. As well as being able to use dual swords, you can also perform dual spells for all those mage lovers out there. You can also combine those spells to make a more deadly spell.

While on the topic of spells and fighting, they are also adding special looking spells called: “Shouts” Which use a dragon’s power to help you knock back foes, breath fire, and even change the weather for your favor. You’re probably wondering when I said dragons that I meant a dragon-looking creature, well my Friends, no I didn’t. This time around, you are going to have to fight with and against full, fire breathing beasts So you can help save the Skyrim World.

And the best part is that the dragons are not scripted. They can come from anywhere at anytime. One more thing on the combat subject. They have added a new Execution System in the game. At certain points in a fight, you can preform a finishing move and Kill the enemy in a amazing display. 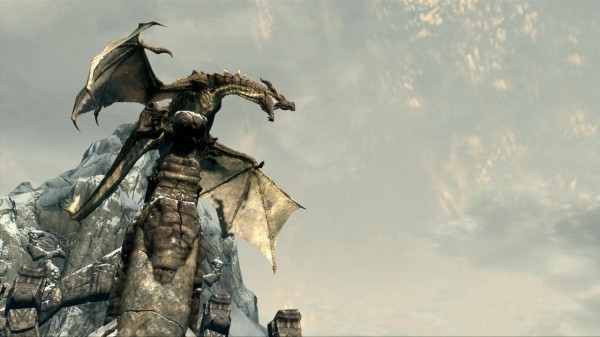 This game, so far, has sounded amazing. And you know it seems like it will be. But we will just have to wait until it comes out for Ps3, and other platforms, on the date of 11/11/11. It’s going to seem like forever. But the wait seems like it’s going to be worth it. I hope you enjoyed this post, and hope you enjoy the Elder Scrolls: Skyrim as much as I (hopefully) will. just don’t stop playing the others. And check out the E3 Gameplay Demo Right here:E3 Skyrim Demo