Yes, it is finally here! For those who have been waiting for our first GT5 tournament since its original announcement in December, I have finally gotten around to getting everything set up. If you remember, it was supposed to have taken place on the 26th of December, but my PS3 had YLOD’d on the 25th, hence the name of the tournament.

With that said, since the game has received numerous updates since then, there have been a few changes made to it that I think will be of great benefit for the community (the performance points system, for instance, will now allow you more freedom in car choice). We also have a couple more prize cars to throw in there, as well as points for the site and everything. Be sure to check after the jump for a shot of the prize cars, as well as the rules.

Now, our very first tournament is set to go on July 24th, 8:00PM UK time (3PM Eastern, 12PM Pacific, pending any other possible plans between now and then).

The prizes are as follows: 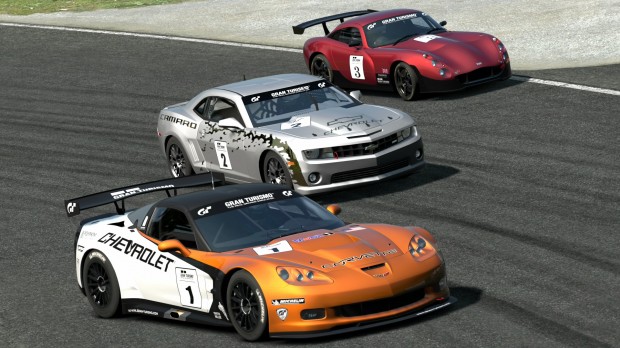 Points will be determined based on number of entries, but first place could, potentially, win 1000 points, with each successive placement receiving incrementally less. Everyone will receive 150 participation points regardless (but you must show up and race in ALL races).

A separate points system will be implemented by me for tracking purposes like points in real events (100 for first, etc. Most points at the end of the tournament will be declared winner).

Depending on the number of entrants for the tournament, it might be set up in a bracket style, with each bracket consisting of two different series of races. Don’t worry, though, as I haven’t picked any ridiculously long courses.

You can use any modifications, as long as you stay within the 500pp limit.

Each race will consist of 5 laps, with a total of 5 races (per bracket at least). Each race will, of course, be grid start, but will be in reverse order from the previous race’s results (in other words, if you got 1st place in one race, you will start in last on the next). As for the list of tracks, this will be our main list:

[spoiler intro=”In case we need another set of races”]

And finally, the actual race settings:

If you’re interested, all I need to know is your PSN Name, and your location. If we need to break up the entrants into brackets, I would like to do UK/EU players first, so any eliminations from those regions will be done first (because of time zone differences). I will only be spectating the races, though, so I can monitor you guys and make sure there’s no cheating to ensure a fair tournament.

At that time, I will post a final entry list, and any new details if needed. Thank you for your patience in waiting for this announcement. I am very excited to be hosting the very first one! Next month, though, it will likely be a 2-3 hour endurance, so prepare for that, too.