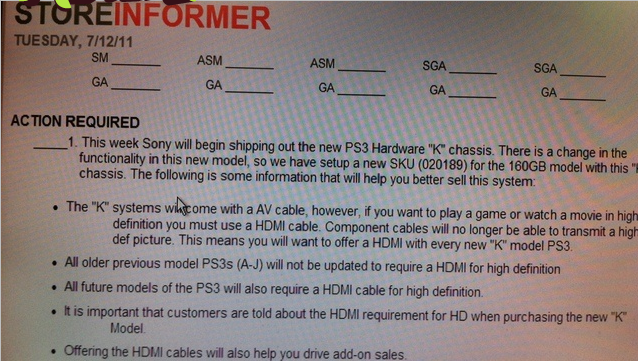 Popular news site Kotaku posted the picture above, which represents a memo leaked from a Gamestop retailer. The memo suggests that the newest PS3 hardware “referred to as the PS3 K chassis” will remove HD support over component cables and instead require users to use an HDMI connection. According to another popular gaming forum site Neogaf the main reason behind this is:

the recent mandate by the Advanced Access Content System (AACS) which requires any officially licensed Blu-ray player manufactured after December 31, 2010 must limit HD support to digital output only.

Sony have not released any official statement regarding the matter.