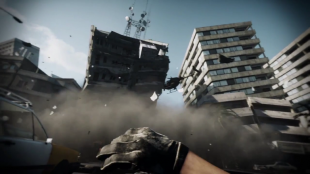 Battlefield 3 developer DICE has again talked up the technical prowess of its Frostbite 2 engine, and teased the chaotic prospect of putting terrain-deforming earthquakes into its new multiplayer mode.

“We’re still looking into ambient destruction in multi-player; it’s still too early to say really,” he told the magazine.

“It’s technically possible to have earthquakes in multi-player using Frostbite 2. We feel like kids walking into sweet shops with Frostbite – it has so many features we never knew we needed, and we’re still figuring out how best to use them.

“It’s just the start for this engine. So far, the only limit to the things we can do with it are our own creative restraints.”

Rage Behind the Scenes: The Arsenal