Cars 2 the game is a racing game that features many of the famous characters from the Cars world in an intense multi-style racing game. Racing game modes consist of Regular Race, Survival, Battle, Attack to several other in the online mode.

This game has it all, fast paced action, guns and girls…but don’t get your hopes up just yet action fans.

Cars 2 is without a doubt mostly for kids but it has some small faults that I believe hinder it from hitting a wider audience. The very first thing I noticed about this game is that EVERYTHING is completely locked down until you complete a set of license based missions. When I first got the game to the house, my first thought was to toss it in, go to whatever free race mode it had and let me 4 year old son race away as he was a fan of the original Cars game on PS2 in which he happily still plays constantly. The problem was, the free race option was completely locked out until you unlock the level 2 of the C.H.R.O.M.E. license.

While annoying, I set down to play the game while my son happily watched and about 30-45 minutes later I finally unlocked the free race mode for him and handed over the controller.

On top of the license issue, there are many options to scroll through and for a 4 year old, it would seem to be a daunting task as they generally can’t really read much yet. Watching my son play the game clumsily, I figured it would be something he would tire of quickly. Well it seems the developers did some research on this more so than myself because three days later, I walked in on my son playing this game, navigating the menus, drifting, shooting weapons like he has been doing it forever. The ESRB clearly states the game is E for Everyone 10+ which I agree with, but younger kids can get a grasp on this game with some help.

In between my son’s personal review process (which I’m sure he would give it a 15 out of 10), I spent my time unlocking all of the license C.H.R.O.M.E. missions as well as playing some multiplayer action. The missions are fun but repetitive. They offer a little story line intro and a set race type in which you need to earn a bronze, silver, or gold trophy in each race to gain a set number of points to unlock additional missions.

The game is easy to play but fairly difficult to master. Higher level missions can be painstakingly annoying at time and I often had to race a few times even to obtain just a bronze trophy for the track.

Multiplayer mode is where this game really shines. There are several game modes available and its fun for players of all ages period.

Regardless of the small faults in this game, it delivers in many areas for all gamers. While the game is aiming at a 10 year old plus audience, younger children can play and enjoy this game. For the parents out there, there is no better game for you and your child to play together in various ways. Its a very family oriented and enjoyable game with many of the original voice actors from the movie.

– Total amount of time played: 30 hours plus.
– This review is based on a retail copy of the PS3 version of Cars 2 provided by Avalanche Software. 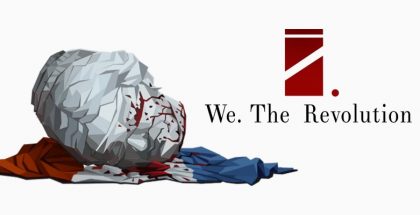