Juhana Virtanen, Lead Designer on Rochard, was kind enough to answer some of our questions on Recoil Games their soon to be released PSN exclusive. Here’Â´s what we asked and what we got in response:

1.- Could you please explain to our audience whatâ€™s the premise of Rochard?

Rochard is an action packed side-scrolling platformer taking place in a sci-fi environment where the player gets to manipulate gravity in various ways.

Our hero John Rochard is an ordinary space miner working for a corporation called Skyrig, not an ex-commando or a space marine. John and his crew are working on a remote asteroid field when they discover an ancient structure inside an asteroid, humankind’s first proof of extraterrestrial life. While John goes to call in the amazing find, his whole team vanishes without a trace. He then finds himself facing space bandits armed to the teeth and on his side he has only his wits (or the player’s intuition!) and the “everyday” mining tools. Among those tools there is the G-Lifter, a special gun that can lift, swing and throw objects around. It’s pretty cool, but you have to see it in action to understand its full potential.

The core gameplay revolves around the differences between the natural low gravity of huge asteroids in space and the artificially generated Earth-like gravity. For example, when the first one is at work, the player can jump higher and longer, the trajectories of thrown objects can be altered or huge fans can lift and move the player with ease. Mixing this altered-gravity mechanic with the possibility to switch to normal gravity anytime, the player has access to a whole lot of strategies to solve puzzles and get rid of the enemies.

As a whole, Rochard features a resourceful hero, villains, big explosions, big stunts, big rugged machinery and sharp one-liners. Also, we are quite proud of the visual style we achieved: the stylization of the game is a new mix of animation, space movies and classic side scrolling games.

2.- How many people did it take to take Rochard from concept to the finished product?

The core development team was around 20 people excluding subcontractors. There were some changes in the line-up during the production.

3.- Weâ€™re happy that Rochard is a 2D game since that instantly takes us older gamers to our fun experiences back in the day. Was there ever a moment when Rochard was a 3rd person game or did you settle on 2D from the start?

I’m glad that you asked, since the idea of a 2D sidescroller was there from the very beginning. It was one of the cornerstones when we started defining the game we wanted to create. Somehow we believe these kind of games are having a “second youth” in the digital marketplaces, and this can only be positive both for developers and for the gamers.

4.- Weâ€™ve been hearing about Rochard for a while. How long has it been in development?

The first (proof of concept) demo of the game took us only 2 months to build from a scratch. It had the key features like gravity control, G-Lifter and very basic combat mechanics, plus some eye candy. The development of the actual game took us about a year.

We used Unity engine, which allows very rapid prototyping and flexibility throughout the development. Rochard is actually the first Unity-based game on PS3. 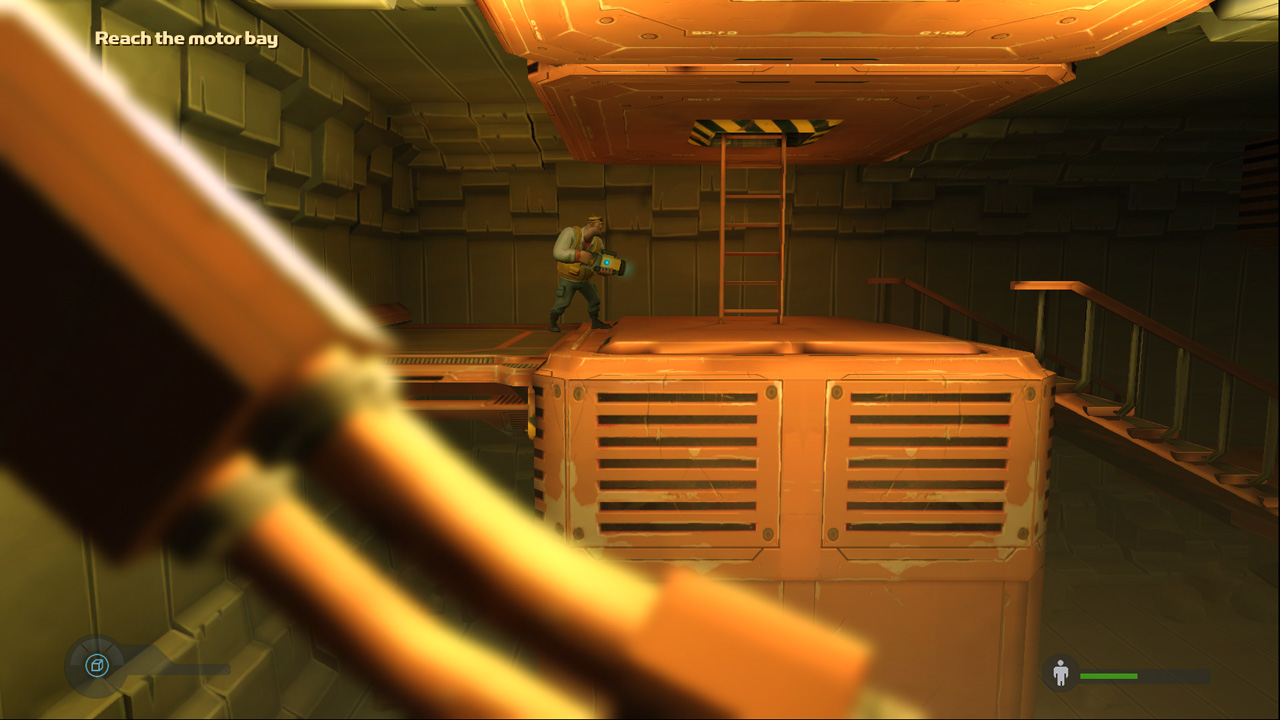 5.- Could we get the trophy list, type of trophy and the description of each trophy for this game?

Preferably no as there are some spoilers in the trophies 🙂

6.- Will the game include any extras such as unlockable artwork or a soundtrack?

I really hope we’ll get a soundtrack released at some point. The score is quite awesome! 🙂 We are discussing the matter with Markus Kaarlonen from Poets of the Fall, who composed most of it, and together we will decide how to grant access to the songs. So for the music you should stay tuned! As for the artworks, we are working on the backstage, but it will be released on the web.

It’ll take around 6-9 hours for an average gamer to complete the game, but it really depends on manual skills and puzzle-solving abilities. It’s not uncommon to spend even 5-6 hours just to complete the first two chapters.

8.- What is the final framerate of the game and itâ€™s maximum resolution?

The framerate is 30fps at the maximum resolution, which is 720p. 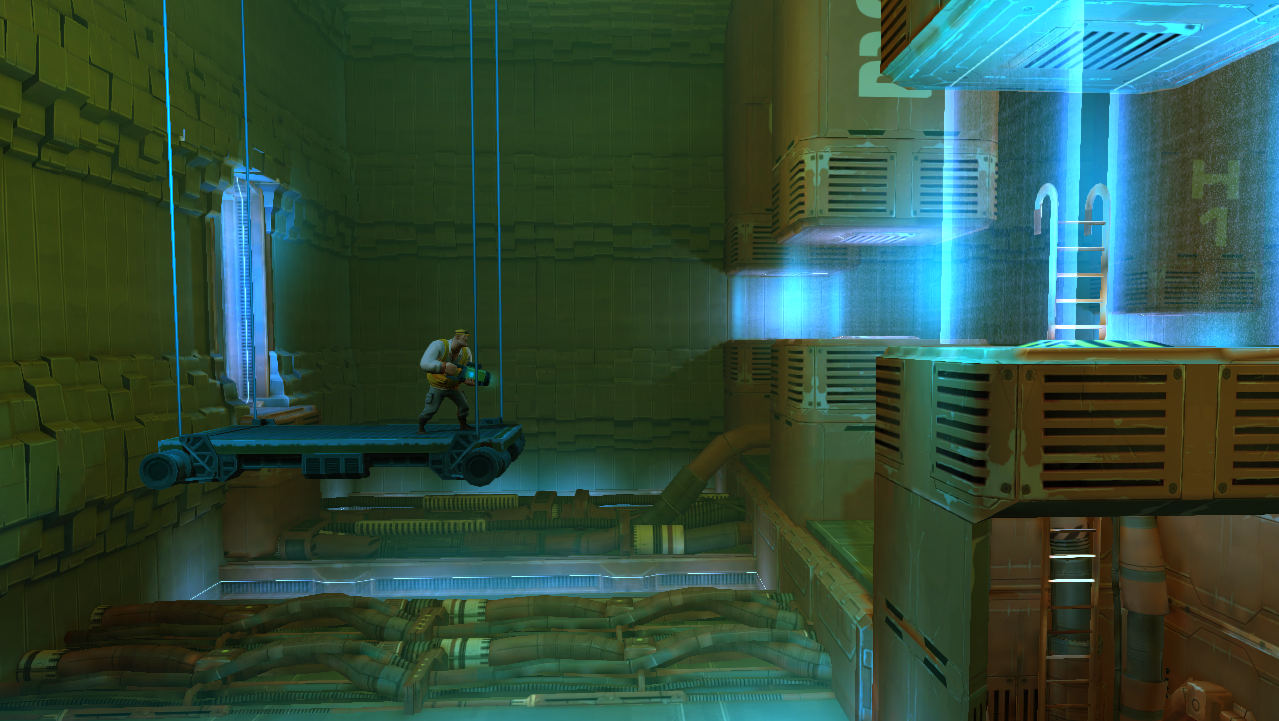 9.- Any plans for some DLC to be released after launch?

We have big plans regarding Rochard, but I cannot give you any details yet. Our new website should be up by the time this interview is out, and we will post all the updates there. There will also be a newsletter, so your readers can subscribe and make sure they will not miss all the juicy news about our mustachy hero.

10.- As Sony fans weâ€™re glad that this is an exclusive PSN game and will be sure to spread the word and show our support. Is there anything else youâ€™d like to say to our readers?

Greetings from the whole Recoil team. It’s because of people like you we get to do what we love the most: making games!

We’ll have a review for the game soon after launch so please check that as well!