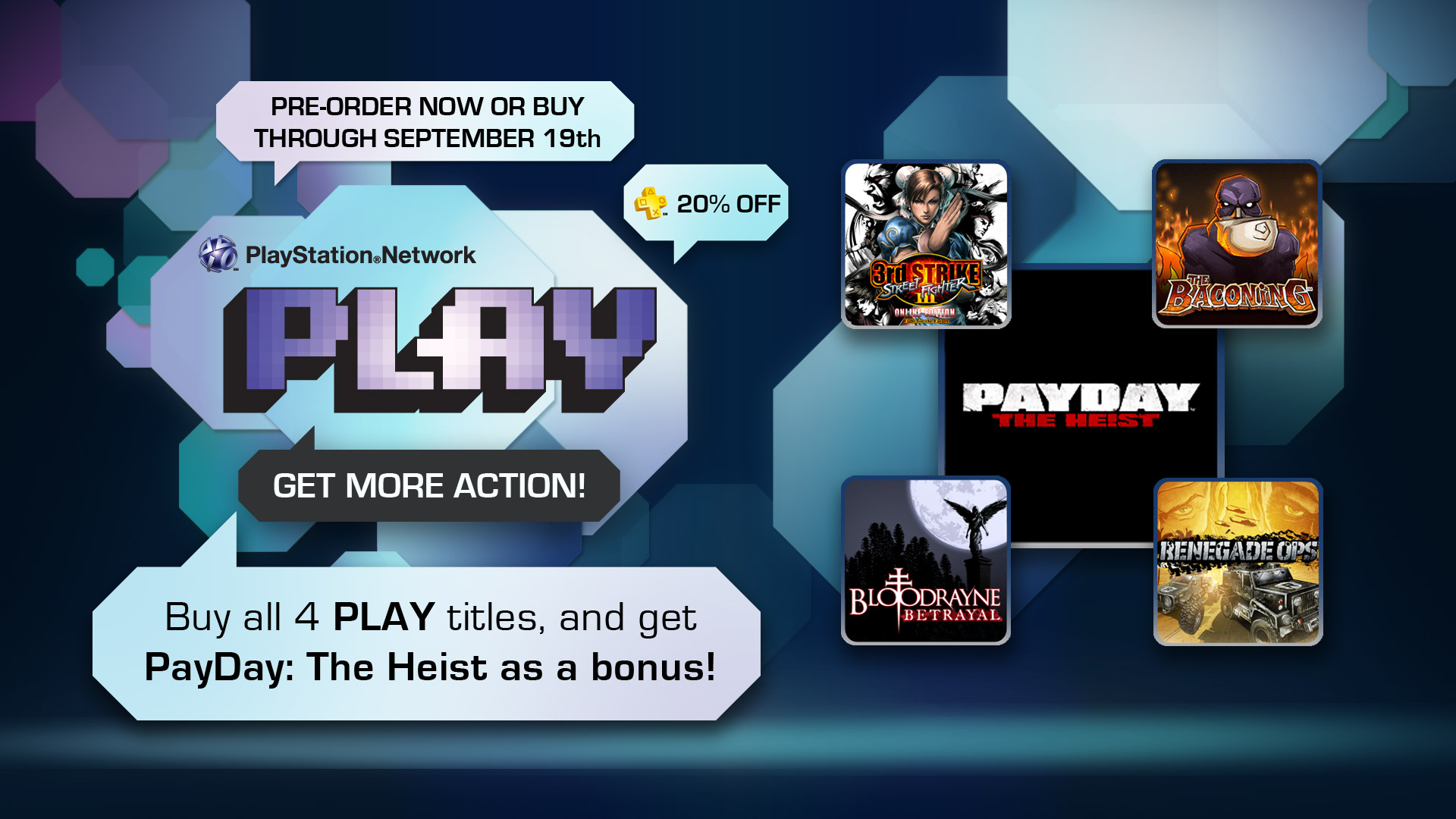 Sony has decided it is time to take a page from Microsoft’s playbook and they have now created a new program called “Playstation Network Play”, an annual event where specific games are in the spotlight so you can actually notice them before their eventual release date AND they can get huge sales numbers to report back to papa bear.

What does this program consist of? Here’s all the info:

August 30: Hothead Studiosâ€™ The Baconing will be available to pre-order through August 25, 2011. This action-RPG title is the third in the popular DeathSpank series. Attempt to defeat the Anti-Spank and his army of Cyborques, before they cast an evil shadow over Spanktopia. Discover exciting new worlds and battle hordes of enemies as you search to unlock the secret within the Fires of Bacon. When The Baconing is purchased during the PLAY promotion, purchasers will receive an additional co-op character, Roesha â€“ One Bad Mutha. All pre-orders will also receive a static theme, exclusive to PLAY. The Baconing will be $14.99.

September 13: The SEGA title Renegade Ops will be available to pre-order through September 8, 2011.This top-down, driving shooter from SEGA features a huge variety of vehicles, guns and endless enemies. The game features Sandbox-style missions, so there are many different ways to play. When Renegade Ops is purchased through PLAY, purchasers will receive a Vehicle & Character Pack with two new vehicles and special weapons. All pre-orders will also receive a static theme, exclusive to PLAY. Renegade Ops will be $14.99.

Bonus gift: PAYDAY: The Heist. This gritty, first-person shooter from Sony Online Entertainment lets players take on the role of a hardened career criminal executing intense, dynamic heists in constant pursuit of the next â€œbig score.â€ A voucher code for PAYDAY: The Heist will be provided as a bonus gift to PSN users 18 years and older that purchased all four PLAY titles, for redemption when the game releases. The game can also be pre-ordered separately starting September 20, 2011, and all pre-orders will receive a static theme. PAYDAY: The Heist will be $19.99..