Game ReviewsMagic: The Gathering: Duels of the Planeswalkers 2009PS3
5 Comments

Magic: The Gathering: Duels of the Planeswalkers 2009 should be understood with the benefit of hindsight and experience as a sort of beta test for the latest version of the game, Duels 2012. The 2012 version of the game is essentially identical in its game play mechanics and its visual aesthetics, but 2012 does everything better, featuring a more modern look, more streamlined play, an additional game mode, greater control over deck editing, and â€“ most importantly â€“ better balanced decks. In short, if youâ€™re looking to play Magic on your PS3, buy 2012 and skip this older version.

If youâ€™re new to the Magic card game, you might wish to consult ps3blog.net’s review of Duels 2012, wherein we briefly explain how the game works. Duels 2009 features identical game play, but Duels 2009 is lacking in a few areas. First, the board looks sleeker in the new version, and the new version does a nice job of compacting the user interface (health, cards remaining in deck, etc.) so that more of the board is visible during a game. Also, Duels 2009 plods along a bit more slowly during game play, as the timer during each phase of card play is longer than in the new version. Duels 2012 never feels rushed; on the contrary, Duels 2009 feels too slow. Duels 2009 also lacks the Archenemy game mode that was introduced in Duels 2012. This is not a huge loss, though, for Archenemy seems a bit gimmicky to me, pitting three humans against one powerful AI opponent. The Archenemy mode could potentially be far more interesting if a human were allowed to play the powerful â€œarchenemy.â€ 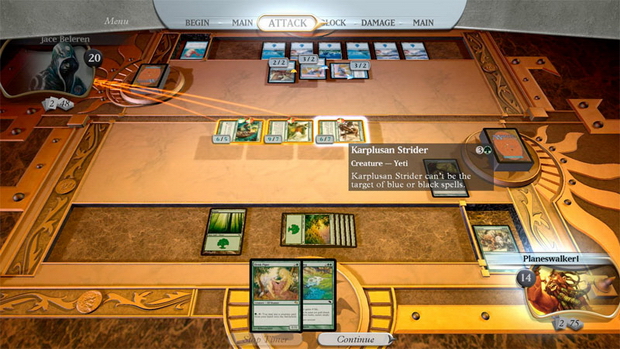 However, the above complaints are all rather minor compared to the following two failings of Duels 2009. First, like Duels 2012, Duels 2009 allows the player to unlock cards for a given deck as she proceeds through the campaigns. However, Duels 2009â€™s extraordinarily limiting deck customization function only allows the player to add or remove the unlockable cards from her deck; all of the deckâ€™s base cards that are unlocked from the get-go must remain in the deck. Deck editing, then, is extraordinarily simplistic and of questionable value. Happily, in 2012, you can add or remove base cards in addition to the unlocked cards. (Though one still cannot mix and match different decks to create an entirely original custom deck.) 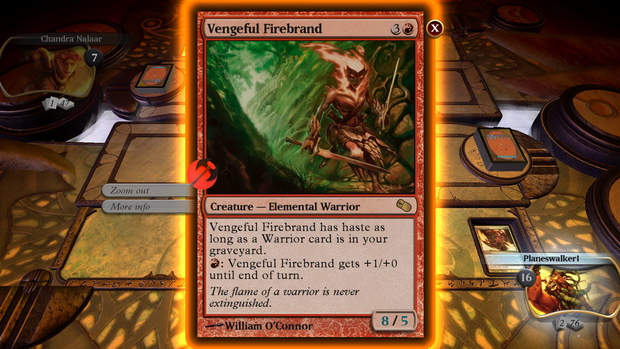 The second big draw-back to Duels 2009 is that its decks are poorly balanced. There are eight playable decks in the original game (three DLC expansions add a total of seven more decks), and two of these are overwhelmingly powerful. A number are mediocre and the rest are poor. Of course, in Duels 2012, balance isnâ€™t perfect, and some decks are better than others, but the power differential between the best and worst is much smaller than in the older game. From what Iâ€™ve read on the Magic forums, most everyone who played Duels 2009 online played one of the two winning decks, totally forsaking the others. In my opinion, thatâ€™s a clear sign of a broken game. However, I cannot personally attest to the decks that people play online, as I have been totally unsuccessful in locating any online games, despite numerous attempts on different days of the week and at different times of day. Everyone has migrated to Duels 2012 (where games are always readily available). You, dear reader, should move to Duels 2012 as well.

(A note about nomenclature: Duels 2009 only appeared on PSN in 2011, but it is popularly referred to as the 2009 edition, as it appeared at that time on Microsoftâ€™s XBLA service.)

This review is based on a retail copy of the PS3 version of Magic: The Gathering: Duels of the Planeswalkers 2009 provided by Stainless Games.