I Remember When Video Games Cost A Nickel!

Loyal minions! Gather around because it’s once again FooBear408 story time. I realize it’s been quite some time since I’ve published any articles, but I’ve been working on about four or five articles at the same time – so be ready for a Foo onslaught! Fret not loyal reader, for I have always and shall be – your friend. And remember, you can always get your fill of PS3BLOG’s most popular writer (yours truly) usually every Thursday on the weekly podcast – published by our very single, very disease-free, Â Jcmdaddy.

Just recently I visited my local Gamestop and preceded to drop some serious clams on some pre-orders to help lessen the sticker shock of when I actually go to pick them up. Those quality titles include:

I already had $20 down on each and put down another 20$ on each of the titles. Plus two copies of “Medal of Honor” LE – one for a buddy and one for myself. That brought my total bill to just under $160. I paused for minute realizing how far I’ve come to where I can just walk in a store, and buy whatever I like, whenever I like.

Let me back up… 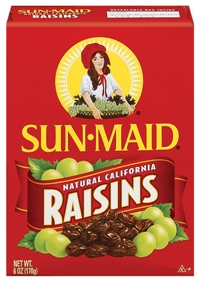 When I was a kid. I was poor. Dirt poor. My family was the definition of concentrated evil. My stepmom and dad were having “problems”, so I would get sent to whomever would take me in. It’s when I got shipped off to my aunt sandy’s house in Fresno ( the hottest place on the planet ) Â and I Â learned the meaning of hard work. My uncle was a premier grower for Sun-Maid raisins and he would put me to work tilling fields and spraying pesticides and making sure all the farm equipment was properly maintained. I was 13, and pretty soon I was joined by another poor soul of my immediate family – my cousin Dave. We happened to work for my iron-fisted uncle Earl during one of Fresnos’ record heat waves that lasted for more than 3 weeks. At that point in time in my life waking up at 4am, and working until around 5pm – wasn’t on my agenda. The phrase “hard work” and “meaning of a dollar” were ingrained into my DNA at an early age.

Buying anything meant having to work half to death for it, or you would have to get resourceful and find ways of making money to get what you wanted. My choices included:

And the degrading – but money always helped: Dog Poop pickup with my trusty shovel that I named Wilbur.

Now, let’s go to present day… I know some younger kids and hear kids complain online about “how my mom won’t buy that game” or the even more popular “I’m too young to have a job”. Is it that these punks are too lazy? Maybe they’ve been so jaded by life they’ve decided to become some sort of beatnik and mimic Jack Kerouac and complain about everything and write about it in their journal? Maybe, just maybe – they have some sort of debilitating phobia that doesn’t allow them to make an honest dollar and instead be completely dependent on their parents for everything. Possibly if they did get a job; the world would cease to exist and the universe would implode and collapse on itself causing an insane of meteoric pressure. It would then create a black hole that would suck our entire planet through and we would be forced to live as slaves when giant gerbils would enslave our helpless planet? As you can see, I’ve given this deep thought. And Â of course the kids can’t be solely to blame, the parents I’m also sure have a hand in totally spoiling their lazy child and insisting they just focus on schoolwork so they can go to a college and get a degree. Then graduate and go into the most cutthroat job market anyone has ever seen. Maybe not though, I’ve been known to make mistakes from time to time. But probably not.

Looking back on all the hardships I’ve had to endure, I think the hardest would’ve had to have been being a kid. It’s not easy, but there’s always the tough path and then there’s the easy path. I chose the tough path and now I’m grateful to my Uncle Earl for teaching me not to be afraid of a little hard work. It’s not uncommon for me to work a 14 hour day, and then turn around and do the same thing the next day. Then go home and do a quality podcast and get harassed by Ace & JCM for the usual 90 minutes and call it a day. Â Just ask my super hot girlfriend, she hates it when I have to work late. What can I say though? I like money, games cost money. Pug dogs eat a lot of food and that costs money. Everything costs money, and I’m not above rolling up my sleeves and doing what needs to be done in order to get what I need. So when I go up the Gamestop counter and reach into my wallet to buy these games, I can appreciate what it took to get me to that counter in the first place. It’s only after you lose your independence as a human being that you end up having nothing left at all.Â And if that’s not enough of an ordeal -gerbils come over and take over and turn your fleshy corpse into a water feeder.

I for one would welcome our furry overlords. I think I’d be pretty safe – I would just explain that I’m pretty good at picking up poop.

How much do you love the NFL?

Mad Blocker Adventure HD Coming to the PSN and Vita