Is Console Gaming about to go Portable? 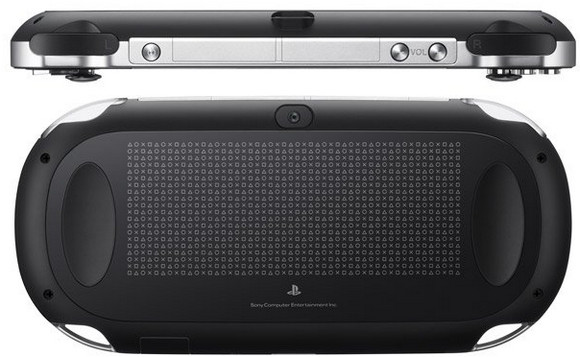 If there isn’t another big home console for a few years, and the Vita delivers the roughly PS3 level hardware performance that Sony is claiming, why would people stick with home systems?

Console gaming is the last non-portable holdout in the entire consumer electronics industry. Years ago, desktop computer users swore they would never trade in their desktops for laptops because they were so accustomed to laptops being so much worse than desktops. But as soon as laptops were good enough, desktop users did exactly that and made the switch.

In the past and the present, portable consoles have been dramatically worse for most types of games than home consoles. Most people view them as completely separate industries where people play completely different types of games. Today, home console gamers play tons of FPS/TPS type games, and while those games exist for portables, they are basically garbage that almost no one plays. The Vita seems like it will be the first device to really change this dynamic and you will actually be able to play the same types of games at nearly the same quality that you would play on a non-portable system.

A big trend is the rise of smartphone and tablet devices. While some gaming is definitely going in that direction, particularly games that work well with touchscreen/tilt controls and don’t need cutting edge technology, there is still a need for dedicated gaming hardware. Some games really benefit from gaming-centric controls (analog sticks, face and shoulder buttons, d-pad, motion wands, and soon VR type head tracking). Additionally, gaming centric hardware provides higher gaming optimized performance at mass market price points and has less fragmentation than the smartphone/tablet space does. But with the Vita, you have the benefits of a dedicated gaming platform, but also the portability that consumers want.

If Vita really does let you play the big console games of 2012 at roughly the same quality that you would experience on a home console, why wouldn’t consumers migrate towards the portable option?

Laughing Jackal Wishes Us All A Merry Christmas and a Happy New Year!... December 15, 2011 | EdEN

The Father of Video Games Calls Current State of the Industry a “Disgrace&... November 8, 2011 | Sakinah