Mad Blocker Adventure HD Coming to the PSN and Vita

Hit the jump for more info.

With incredible high definition environments that live and breathe and even react to what players are doing in the game, this upcoming game is sure to completely revolutionize the puzzle genre.

Mad Blocker Adventure is an original and engaging puzzler featuring immersive levels of customization which have never been seen before in a game of its type. Set in a critically acclaimed hand painted art style and incredibly rendered high definition environments, Mad Blocker Adventure boasts intense boss fights, local and online VS and co-op, trophies, online leaderboards, a heap of new game modes and so much more!

“Developing PS Minis has been a great way to cut our teeth in the industry, get some much needed experience under our belt and to introduce the world to our unique IP’s, but now it’s time to move forward with additional platforms,” said Paddy Murphy, CEO of Open Emotion Studios. “We are confident Mad Blocker Adventure would be most enjoyed on a large HD display, but we also have intricate control schemes only possible on the PS Vita and are excited to bring this game to owners of both platforms.”

Mad Blocker Adventure features a full RPG story mode centered on the beloved main characters; the Fluzzles. The Fluzzles have been sent out into the world by the mysterious stranger to defend against the evil Mokes, who have taken over the majority of the world. Each region of their world is guarded by a Moke Lord, each with their own distinct powers and abilities. It’s up to the Fluzzles, using new found powers and their new pet creatures to take on the Mokes and bring peace back to the land.

I Remember When Video Games Cost A Nickel! 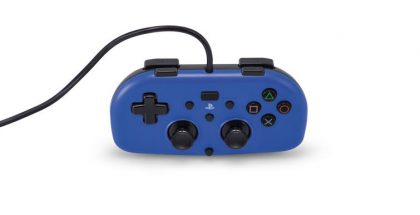