PlayStation Home to Get a Facelift This Fall

…or Spring, depending on what hemisphere you live in (but keep in mind, this may refer to only the US; I am not sure what other regions will have). Anyway, Sony’s PlayStation Home team has decided to change up some things. Gone is the central plaza, and in it’s place will be a new area called the Hub. It will still have games, rewards, and activities to enjoy, including Cogs by Codename: Lazy 8 Studios on day one.

Some activities include some questing, so you can take part in narrative quests or just go on a little Home adventure if you so choose. They’re supposedly always going to be updated, so it might create some more activity within Home itself. Anyway, this central Hub also connects to what are essentially districts with specific themes. 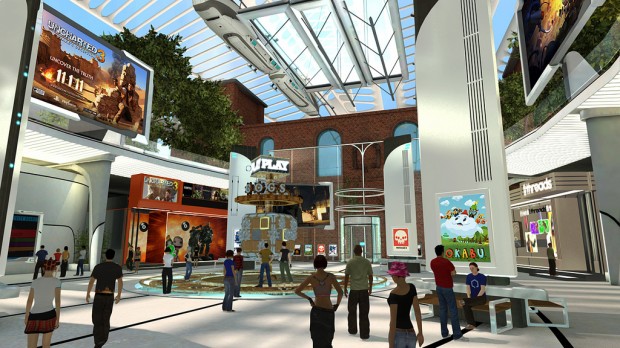 The Action District(pictured below), for instance, is described as a gritty urban area that is the destination for fans of action games, shooters, horror, etc. The Adventure District is for fans of adventure games of course, with a setting at a beachfront jungle.

Two other districts include Pier Park, which takes place on, what else, a pier, complete with a Ferris wheel. It even has a party zone dedicated to indie and arcade games. Other activities include games within Home, with the theme being intended for fans of puzzle, carnival, and outdoor games.

The last district is the Sportswalk. This area is dedicated to, what else, sports, and takes place outside of a stadium. For you sports nerds, this area includes up-to-the-minute sports scores, headlines, and highlights. 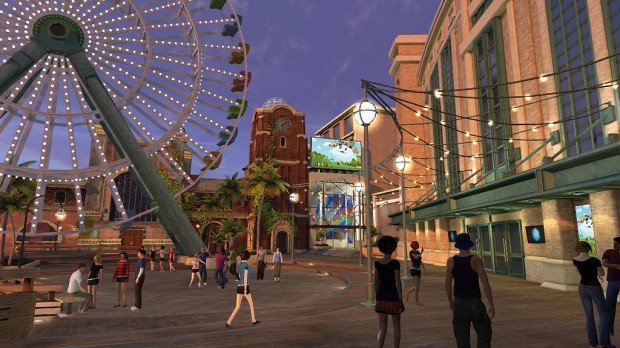 Eventually, I can see more districts coming up, including one dedicated to motorsports and driving perhaps? Anyway, the team also plans on releasing an upgrade to the client to better streamline things for newcomers and getting you into games faster than before. This will not be part of the aforementioned upgrade, however, and will release separately, but will definitely help compliment this upgrade.

Besides the Central Plaza being taken out, other updates for currently existing spaces will be detailed at a later time.

Portal: No Escape Fan Made Film