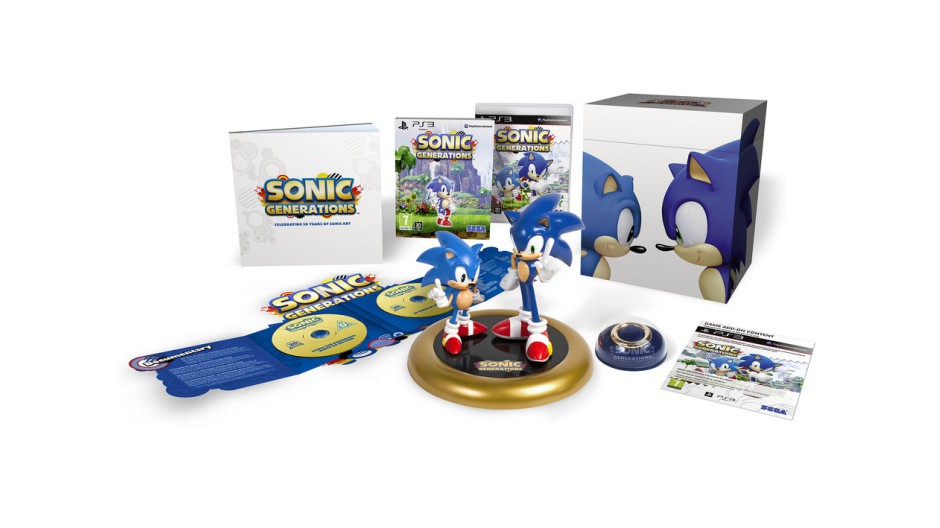 [Australia and Europe] Sonic Fans will be getting a treat this fall, as Sega will be celebrating their 20th anniversary Sonic title release, “Sonic Generations”, with a one of a kind Collector’s Edition.

Here is what you will find inside that Limited edition lenticular packaging you see in the picture above:

– [20 Years of Sonic Artbook] , containing never before seen sketches and images from the past 20 years.

– The [History of Sonic: Birth of an Icon] Documentary, an exclusive collection of interviews and footage charting Sonicâ€™s life from inception through to becoming one of the most iconic characters in videogame history.

– Bonus additional Downloadable Content (DLC) for the game, details of which are yet to be revealed.

Sonic Generations will be available in November, 2011 on PS3 and Xbox 360.

How jealous is the rest of you right now? Time to import a copy!