Rockstar Games has announced a release date for the third installment to the series that made shooting in slow motion an over used feature in video games.

Max Payne 3 will launch sometime in March 2012 in both North American and European regions. Along with a gritty single player campaign Max Payne 3 will be the first of the series to include multiplayer that will offer a “compelling experience that dynamically alters maps and mode progression for all players in a match”. 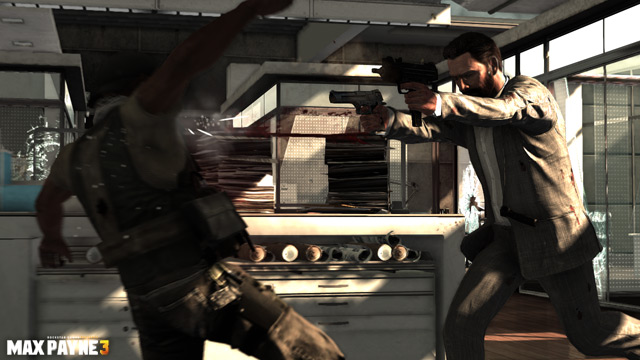 Still haunted by the memories of his traumatic past, Max begins a new life working private security protecting a wealthy industrialist and his family in Sao Paulo, Brazil. When gangs target the family under his protection, Max is forced to fight to save his clients and clear his name, in a bid to, once and for all, rid himself of the demons that have tortured him for far too long.

An all new cover system and of course bullet time are some of the gameplay features gamers can expect to see in Max Payne 3. Expect more game details from Rockstar Games soon.

Have A Look At Two New PlayStation Vita Games